Parents say schools should be as safe as home for kids 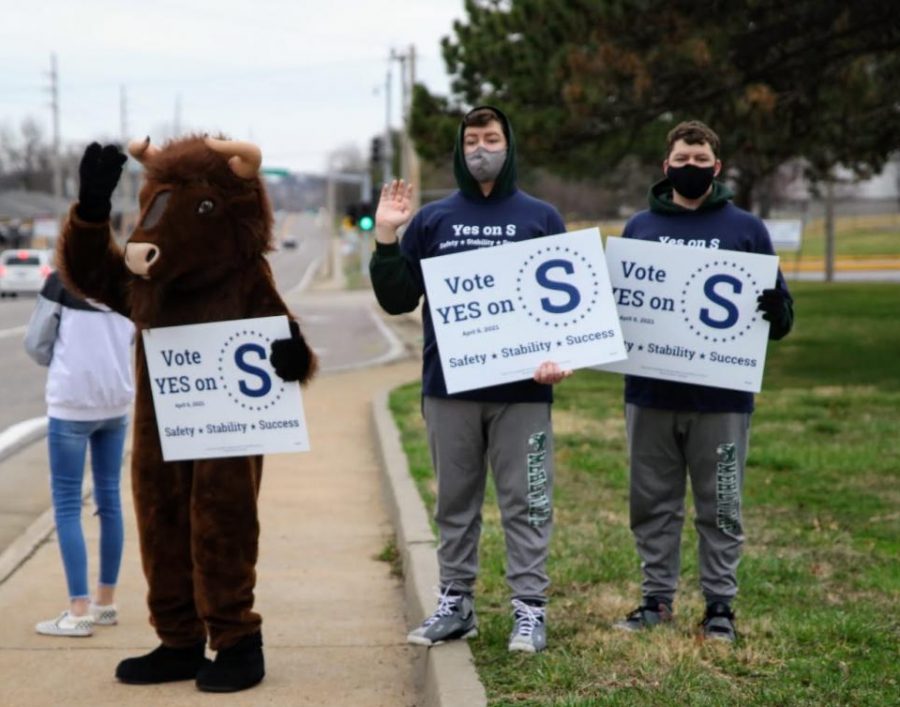 Supporters of the Mehlville School District’s Proposition S on the ballot Tuesday, April 6 are hoping the school district’s voters  do something they haven’t done since 1992 — approve a bond issue.

Proposition S, for “Safe Schools, Safe Kids,” is a 12-cent, $35 million no-tax-rate-increase bond issue that would fund safety upgrades, accessibility and facility improvements around the district. To pass, 57 percent of voters will have to vote “yes on Prop S,” as the signs passed out by proponents say.

The plan would fund secure entrance vestibules at all 18 of the district’s schools, as well as various improvements at each school based on feedback from students, staff and a Facilities Steering Committee. The work is estimated to be completed by the end of summer 2024.

Under the ballot language, 12 cents of the 45 cents from 2000’s Proposition P tax-rate increase would be used for facilities, with a voluntary rollback of that 12 cents by the district. The remaining 33 cents is not up for vote and will be used for operations. Whether or not Prop S passes, the district will continue to levy the entire 45 cents. But if it does not pass, the 12 cents that would have funded the bond issue will go toward operations instead. The district will  direct that money to facilities, but the improvements would happen over many years instead of at one time.

Since 1992, efforts to pass bonds failed in 1995, twice in 1998 and in 1999. Following the string of failed bond campaigns, the district opted to pursue operational tax-rate increases to address its needs since that only requires 50 percent plus one voter approval.

“These years and years of really disinvestment in our facilities has created this massive backlog of projects,” Superintendent Chris Gaines said.

Mehlville is an oddity compared to other districts in the region in that it hasn’t approved a bond in nearly 30 years, let alone placed one on the ballot in the last two decades. Every surrounding district — Lindbergh, Affton, Bayless, Hancock, Fox and Rockwood — has a bond issue funding facilities. Mehlville is the only district in St. Louis County without a debt service levy.

“If you look at the region, we’ve been the anomaly when it comes to investing in facilities. When we look at other districts, it’s been fairly cyclical in some fashion. We haven’t done that historically,” said Gaines in an interview with The Call. “Getting this (Prop S passed) and having that infusion so we can do all of these safety entrances and other facility issues hopefully … has the potential to be the beginning of investment in infrastructure.”

Only four of the 22 districts in St. Louis County have not had a bond measure since 2010: Mehlville, Brentwood, Ritenour and Riverview Gardens. Where Mehlville stands out, however, is that it hasn’t had a significant investment in facilities since Proposition P in 2000, while the other three have passed at least two since 2001.

Unlike Proposition R in 2015, there is no organized opposition to Proposition S. But some residents have written to The Call.

Richard Kirschner of Concord noted that as far as the plan for the money, “For the most part, the work seems reasonable.”

But, he added, the 12-cent rollback could be changed by a future board, so “at that point, the ‘no tax-increase’ bond proposal is, in effect, a tax increase. This could be done at any time. To be totally transparent, the board should either commit to maintain the voluntary decrease through the term of the bonds, or quit selling the proposal as a ‘no-tax-increase.’”

For some parents in the district, Mehlville’s lack of significant facility and safety investments in the last three decades makes Prop S that much more important.

“We need to invest in our district for our kids and our future kids and there’s also the big issue of safety. … We need to keep up with … the other districts in the county. … We’re the only district in the county that hasn’t had a bond issue in over 20 years,” said Rebecca Bahora, the head of the campaign committee supporting Prop S, the Mehlville-Oakville United Committee. Bahora has three children in the district. “That’s insane to me that the place where our kids spend the most amount of their time besides home is school, and I want it to be just as safe as their homes. Just like homes, you have to invest in upkeep like roofing, HVAC, just lighting, everything. You have to invest in them to make them good.”

Forder Elementary parent Haley Bolyard moved to St. Louis and was surprised that schools here have to “beg” for money for improvements. She has a second child who will be a kindergartener next year.

“I am from southern Kentucky where if schools need something they get the money no questions asked, so it’s very strange for me to come to St. Louis and see you have to beg for money for your school systems,” said Bolyard. At Forder, “one of the first things I noticed when I walked into the building … was that the security entrances left a lot to be desired. … School shootings are real, and we need better security in our schools.”

Mehlville High junior Emma Maxwell, who dressed up as the Bierbaum Buffalo mascot at a sign wave for Prop S, said that she believes the schools need the bond issue to improve facilities, especially for security and bathroom upgrades.

“We could really use the money,” she said. “And it just needs to be a lot more safer than it already is.”

Nicole McRae, an Oakville parent with two students in the district who serves as treasurer of MOU, said that falling behind in facility needs only makes it more difficult to catch up with surrounding districts like Fox who are taking care of upgrades.

“If we fall behind, it just becomes more difficult to catch up as time passes, and it kind of becomes this critical moment where we don’t have to increase the tax rate. We can keep things as they are but choose to invest in the future rather than waiting and putting things off even further than we already have,” said McRae. “The superintendent that we have now, Dr. Gaines, is a very skilled strategic planner that I don’t think we’ve had in a superintendent in the past, so I think that makes a big difference in the way we’re making decisions.”