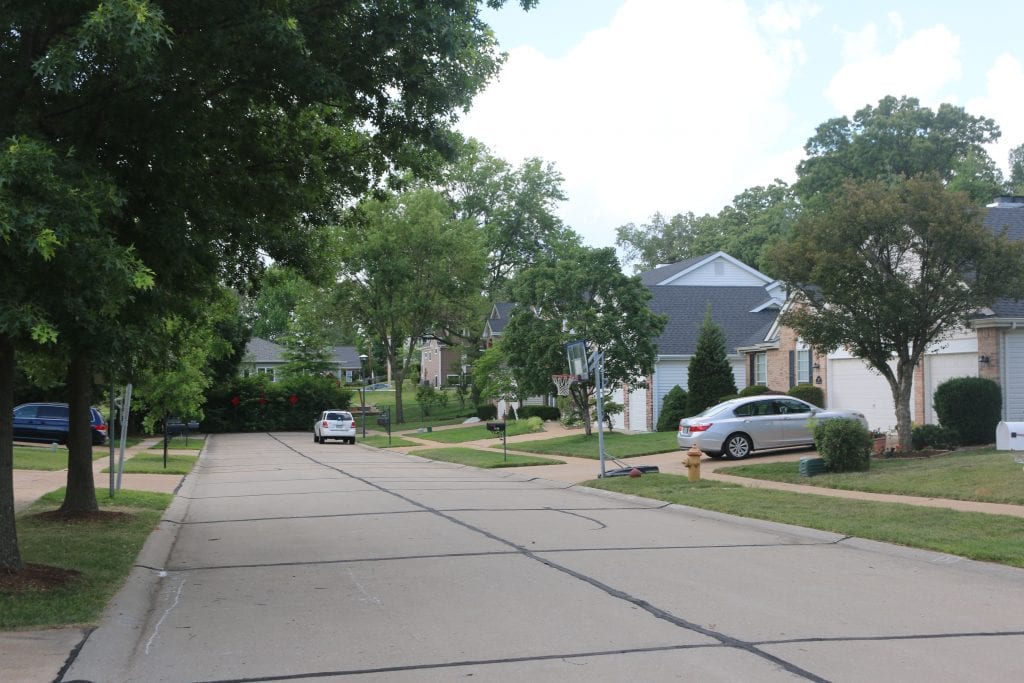 The basketball hoops on Meadowglen Lane are pictured above

Adults these days are usually elated to see children playing outside rather than cooped up inside playing video games, but neighborhood children may have to find a new place to play basketball unless the Sunset Hills Board of Aldermen amends city law.

Aldermen returned to the topic of the removal of the basketball poles in a dead-end cul de sac on Meadowglen Lane at the July 10 meeting, but didn’t come to a concrete solution. The board will continue the discussion when it meets next week and possibly propose an amendment to the ordinance.

Mayor Pat Fribis said that the board could amend the ordinance restricting objects in the right-of-way so that the neighborhood could keep the two basketball poles. The topic first came up at the June meeting after Public Works Director Bryson Baker sent the families a letter citing a violation. Under Sunset Hill law, encroachments in the city’s right-of-way are considered nuisances to be removed.

Maryland Heights has an ordinance where residents can apply for a permit to put objects in the right-of-way in exchange for a $100 permit fee, indemnifying the city from any responsibility and covering the objects on the residents’ homeowners insurance.

City Administrator Eric Sterman advised the board to make a motion for City Attorney Robert E. Jones to prepare an ordinance for the August meeting that would establish a right-of-way permit and discuss the stipulations that would go with a permit.

But Fribis said that with the basketball poles being so close to the curb, she was worried about children playing in the street.

“A street sign in my subdivision was hit last night … and I would hate to see the car that hit it,” Fribis said. “I wouldn’t want to see a child hurt in the street at all. I’m all for kids playing outside. We all want kids to go outside and enjoy the fresh air. We have safe places for them to play that’s not in the street.”

However, children playing in neighborhood streets is not new, and a handful of aldermen argued that Meadowglen Lane is a dead-end street, so the only cars traveling on it are from people who live there.

“With this particular pole, there’s no reason to take it down and say, ‘I’m sorry you can’t play there,’ because it’s a dead-end street.”