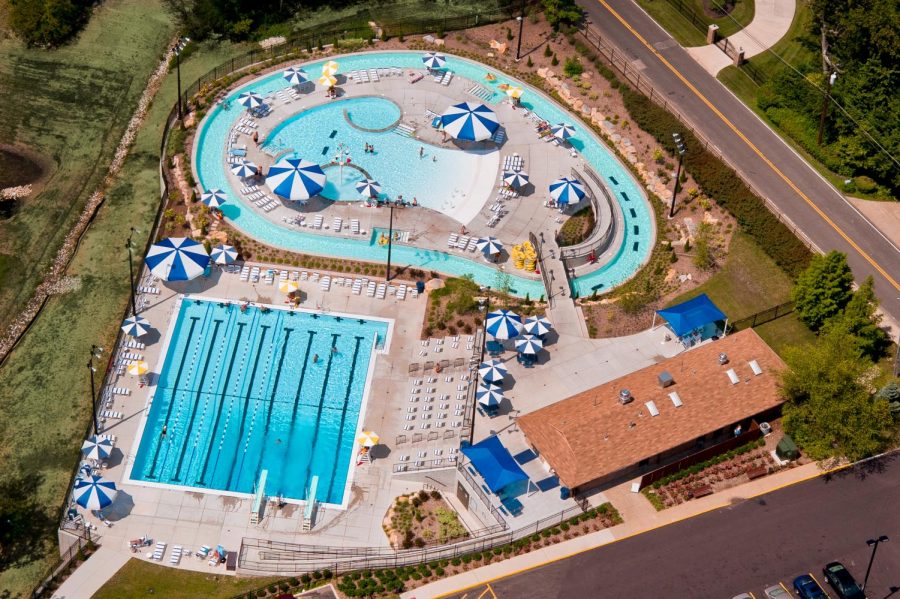 The Sunset Hills pool seen from above.

In a special meeting called by Mayor Pat Fribis, aldermen unanimously approved subsidizing the cost of Crestwood resident pool passes for the Crestwood Aquatic Center, up to a limit of $10,000. Ward 1 Alderman Dee Baebler was absent for the videoconferenced meeting.

Fribis said that city officials estimated that opening the Sunset Hills pool this year would have cost the city $135,000 due to all the extra COVID-19 social distancing regulations required by St. Louis County. Crestwood’s pool is opening Monday, June 15.

“It was a very sad day when we had to announce that our pool was closed this season,” Fribis said.

Baebler started a Change.org petition to reopen the Sunset Hills pool and said the decision was made without the input of the board.

“Why is this a unilateral mayoral decision without consulting elected officials (aldermen) from each Ward?” Baebler posted on her Facebook page May 26. “I asked a few health care professionals their opinion and they shared their opinion that this decision is just wrong. They believe being outside and getting exercise is a great idea. There is also a concern about the mental health of our children whose lives have also been drastically changed by the pandemic… Why wasn’t there an urgent meeting called to discuss the possibilities with elected officials that represent residents from each ward?”

But Fribis said the city had to make that decision after getting bids for a required double filtration system, which the Sunset Hills Aquatic Facility doesn’t have, “nor do many other outdoor pools have in the state, so we were not negligent in any part,” Fribis said.

With 25-percent capacity required to maintain social distancing, the Sunset Hills pool could have only maintained a maximum of 100 people at a time, which would have been too great a cost to operate the pool. The pool typically operates at a loss as an amenity for residents, but not as high of a loss as would have happened this summer with social distancing.

The aldermen approved subsidizing the cost for existing Sunset Hills pool passholders, and then if there’s money left over possibly extending the offer to other residents. On an amendment by Ward 3 Alderman Kurt Krueger, aldermen made the offer retroactive so that if Sunset Hills passholders have already bought passes for the Crestwood pool, they will be reimbursed.

A Lindbergh Schools-area resident family pass at Crestwood costs $350, while the Crestwood resident rate is $200. So the city would subsidize each pass by $150.

“I think we’ll be able to cover everybody that wants to do it within that $10,000 budget, but we don’t know for sure,” said City Administrator Eric Sterman, noting that the city may not spend the entire $10,000 if there isn’t enough demand.

In response to an email survey sent out to the 147 passholders that the city has email addresses for, 44 responded by Thursday, and 45.45 percent of those said that they would take advantage of Crestwood’s pool this summer even without a Sunset Hills subsidy. The city also asked how many would take advantage of the Crestwood pool if the subsidy was offered, and 60 percent said they would go to Crestwood if that was the case. More than 70 percent of passholders said they would purchase the family pass. That doesn’t cover every member of the pool because the city doesn’t require an email address, Parks Director Gerald Brown said.

Under a suggestion from Ward 1 Alderman Ann McMunn, aldermen discussed after the vote whether the passholders should be subsidized up to the $200 Crestwood cost or up to the $245 cost for the Sunset Hills pass. McMunn and Ward 2 Alderman Casey Wong thought it was a good idea to subsidize up to the Sunset Hills pass rate, but Sterman said that the city had made its calculations by using the Crestwood resident rate. Wong agreed that if it was easier, the Crestwood rate could be used.

“I just want to make sure as many families can participate (as possible),” McMunn said.

Krueger said he hoped the city will publicize it so that residents know about the offer.