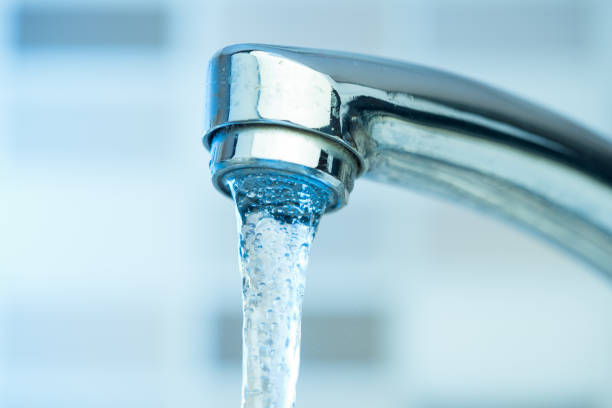 Pouring water from a faucet

Residents in the South County area may have noticed that their tap water has a strange taste this week, but the reason is temporary and nothing to be alarmed about.

Heavy rains last week affected source water characteristics and water treatment, Missouri American Water told The Call. The rain washes salt, leaves and anything else on the ground into the Meramec River, which provides much of the water for South County.

Carbon is added to counter the runoff,  said Missouri American Water External Affairs Manager Brian Russell. The carbon is “strictly an aesthetic measure for taste and odor of the water,” he added.

The water is anticipated to return to normal by Monday.

The water company says the problem is concentrated on residents in the 63129 ZIP code in the “Mehlville and Oakville areas.” But customers in Green Park and Affton in the 63123 ZIP code have also complained on social media about the problem.

Because of this, those customers may experience a taste and odor which can be described as chlorine or chemical, but Missouri American Water says that there are no associated health risks and that additional treatment measures are being used to minimize the conditions.

“Our continuous chemical and biological testing will assure safe drinking water standards are met,” Russell said in an emailed statement.

Crews from the Metropolitan St. Louis Sewer District, or MSD, were attempting to fix a leak in a wastewater force main in Oakville Nov. 23 when the force main failed, causing a sewage spill that released 260,000 gallons of sewage into Sugar Creek, a tributary of the Mississippi River.

But both Russell and Sean Hadley of MSD said that the sewage spill had nothing to do with the strange taste in Oakville water.

Hadley said the force main break was completely repaired over the weekend of Nov. 23.