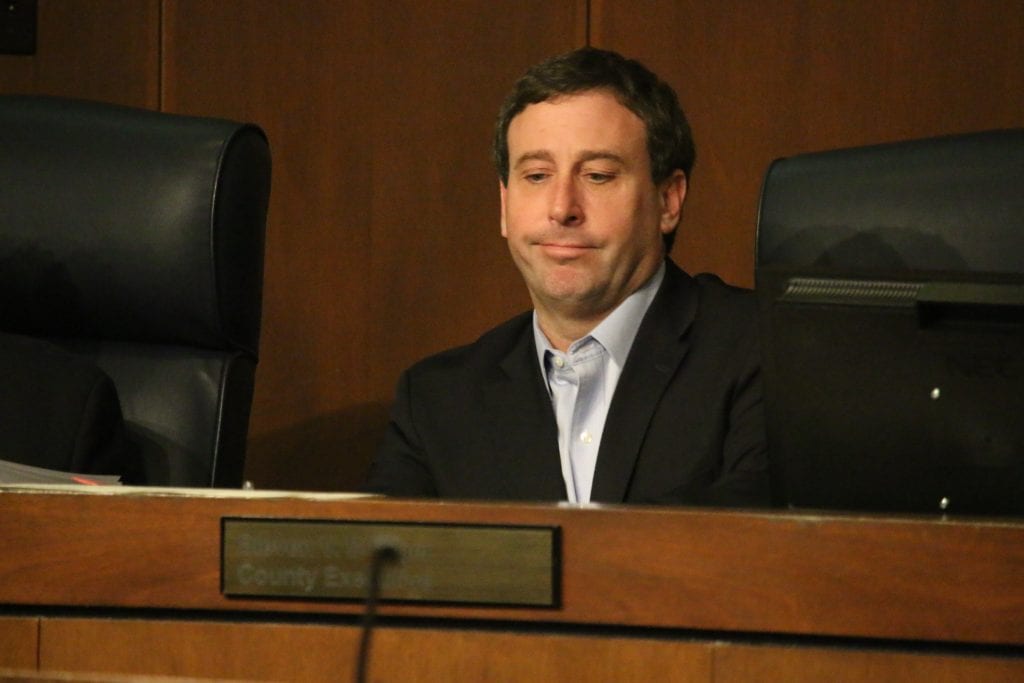 Prosecutors sent a notice that they will hold a guilty plea hearing at 10:30 a.m. in the case of “United States of America vs. Steven V. Stenger.”

Prosecutors say Stenger orchestrated a pay-to-play scheme for businessman John Rallo to take $10,000 a year in campaign donations from Rallo in exchange for granting him county contracts.

He is charged with theft of honest services, bribery and mail fraud. The three counts each carry up to a 20-year prison sentence, $250,000 fine and mandatory restitution.

Stenger pleaded not guilty at his arraignment on Monday, hours after he resigned as county executive when the indictment, handed down by a federal grand jury last week, was unsealed.

Stenger also gave up his law license, although prosecutors wouldn’t say if that and the resignation were in exchange for releasing him on bond.

County Executive Sam Page, the council chairman who took office Monday night as Stenger’s successor, issued a statement that read: “This is proof that the justice system works. Mr. Stenger betrayed the trust that St. Louis County residents placed in our government. I am committed to reforming county government so that pay-to-play politics never infects it again.”

The hearing is in front of U.S. District Judge Catherine Perry, who has a prior connection with Stenger. She oversaw the 2015 drug trafficking case of Michael Saracino II, the nephew of one of Stenger’s then-county employees, John Saracino.

Stenger and St. Louis County Police Chief Jon Belmar famously wrote letters in support of Saracino vouching for his character and asking for leniency in sentencing. When Perry unsealed the letters, they caused an outcry and spurred the county Board of Police Commissioners to issue a letter of reprimand to Belmar. Stenger said he met Saracino II when the younger man was a waiter serving Stenger at Bartolino’s South in Green Park. Saracino II was also represented by Scott Rosenblum, who is now representing Stenger in his corruption case.