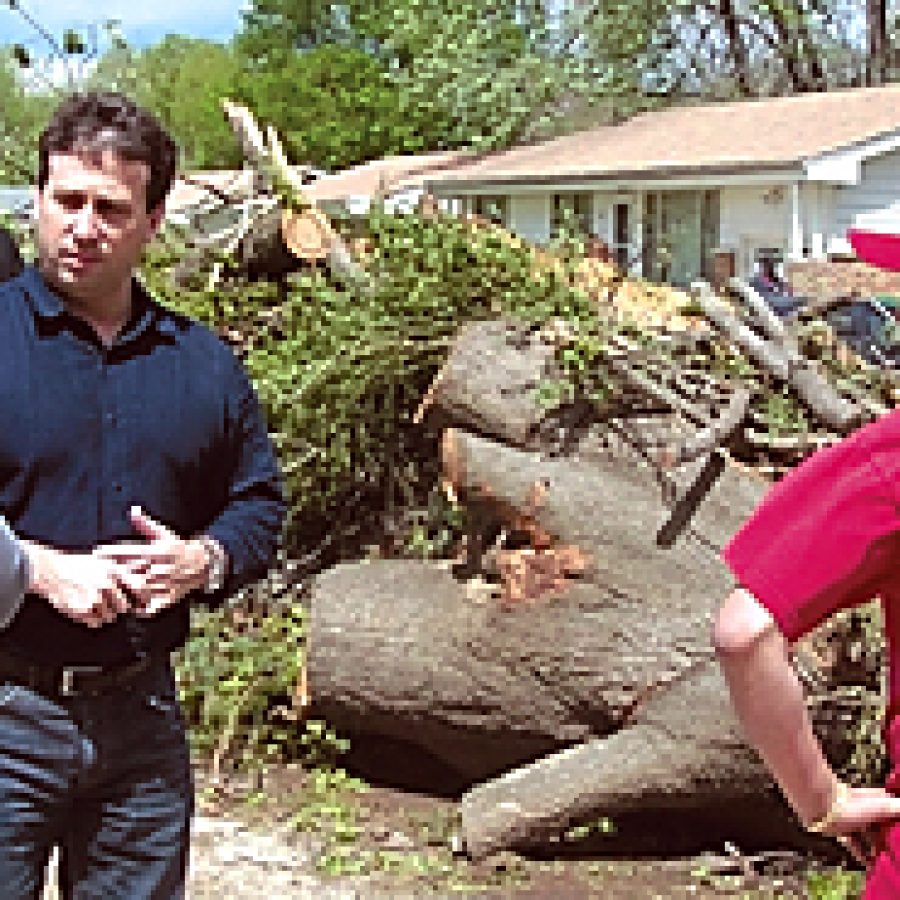 County Council Chairman Steve Stenger, third from left, speaks with Berkeley residents struggling to pick up the pieces after the devastating April 22 tornado.

O’Mara, who represents much of the affected area, led the group on a tour of the devastation left by the tornado.

Stenger represents the county’s 6th District. As council chair, Stenger joined the team of officials to assess the progress of relief efforts and determine what level of support is needed from the council to aid in the rebuilding process.

Stenger was impressed by the strides north county elected officials and police are making by collaborating to clean up and move forward, stating in a news release, “I cannot speak highly enough about the remarkable efforts and progress of the local officials and police. Despite the extensive damage, there is a true sense of community, as neighbors work together to remove debris from backyards, front yards and their neighbors’ yards.”

“We are committed to provide relief for as long as it takes. And we will do whatever is necessary to help the residents of St. Louis County to recover from this tragedy,” Stenger added.