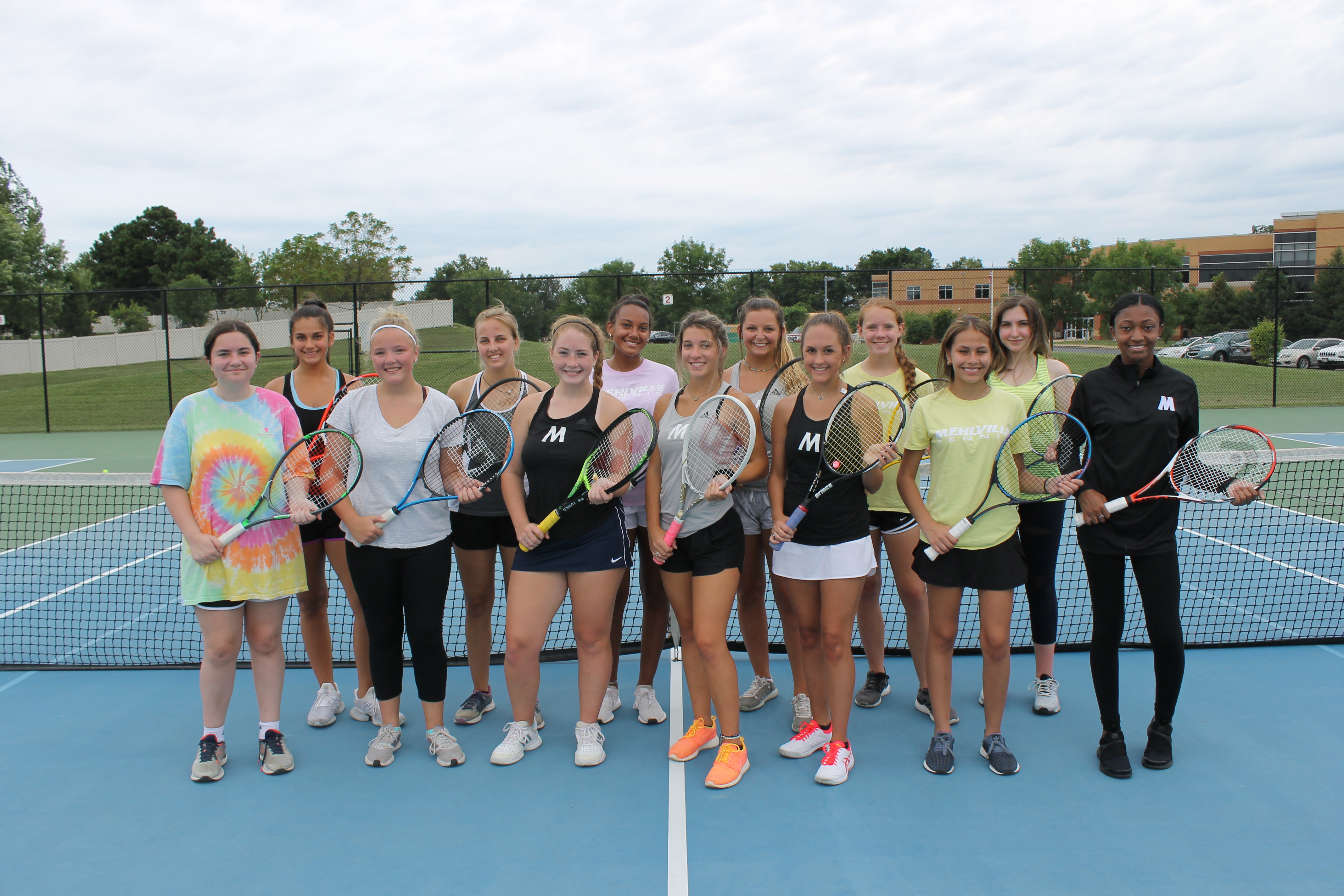 Pictured above: With the loss of one of the state’s best players, Mehlville High School head coach Jill Wojewuczki and her team are moving forward for the 2019 season.

But that proposition got tougher this year for the tennis squad since they’re los-ing one of the top players in the state to graduation.

Alyson Piskulic was the second-place finisher in the state finals last year. Piskulic also finished in second place in the state in 2017. She was named the girls tennis Player Of The Year for the St. Louis region last season.

This year, the team has a new beginning without its star player.

“It’s back to fundamentals,” said Wojewuczki. “It’s a new start, so to say.”

The veteran coach said she and the team are going to take it one day at a time.

“We haven’t even figured out our doubles teams yet,” she said.“The group I have now has no year-round players.”

Filling in this year will be three players who have been around for the past few years. Foremost among them is Maddie Riek.

Junior Mary Bullari figures to be in the top six players this season.

The squad has 13 players out this season, so it would be foolish to count them out of any match.

The squad starts its season Sept. 4 at Parkway South and ends it Sept. 25 at Jackson.