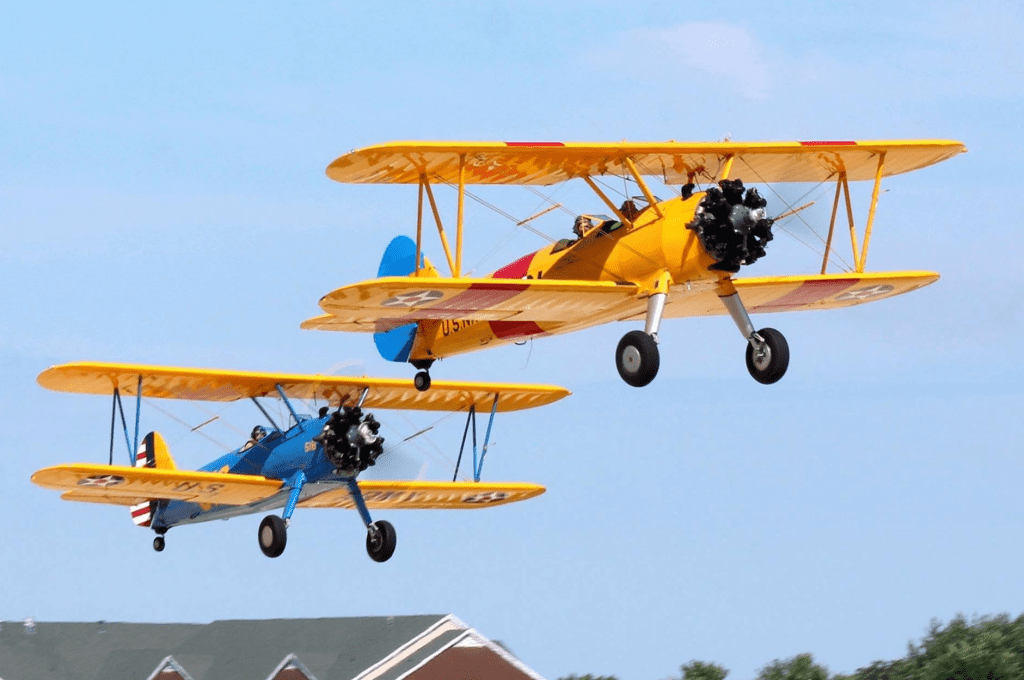 This year’s event will feature a ceremonial flyover by a local group of Stearman Aircraft Owners.

Marshall has flown several aircraft in his career as an Air Force and commercial airline pilot, including B-52s and B-747s.

There will also be a ceremonial flyover by a local group of Stearman Aircraft Owners; a bald eagle named Liberty on display from the World Bird Sanctuary; and musical performances by Rachel Nieters, Lauren Hoggatt, the Moolah Drum Corps and the Lindbergh High School Spirit of St. Louis Marching Band.

In addition, Master Sgt. David Rogers will present a special recognition in honor of Sgt. Carl Spinner, who served as chairman of the Memorial Day Service Committee for 17 years and died in August at the age of 95.

The Historical Society is “grateful for Carl’s many years of service to this event.”

Guests are encouraged to bring lawn chairs, and parking will be available on the east parking lot at St. Lucas. Following the ceremony, all are invited to attend a reception with light refreshments in the auditorium at St. Lucas.

Following the ceremony, the Historical Society will offer two books for sale:

“Sappington-Concord: A History,” a comprehensive volume that includes stories about the original families who settled in the area, and a history of churches, cemeteries, schools and businesses.

“Hometown Heroes,” which tells the stories of local residents who served in World War I, World War II and the Korean and Vietnam wars.