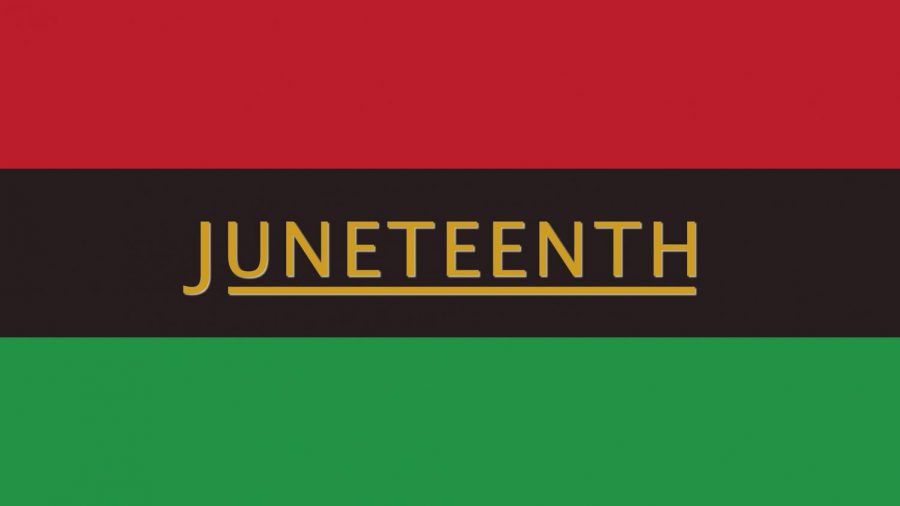 St. Louis County officially celebrated Juneteenth again this year, after a decision by County Executive Sam Page to make it a paid holiday for all county employees.

Juneteenth fell on Friday, June 19 this year, and the holiday — traditionally celebrated as an Independence Day for African Americans marking the freedom of the last slaves in the United States in 1865 — has received more attention this year than ever, with a growing movement for companies, local governments and the federal government to recognize it as an official holiday.

Although slavery ostensibly ended with the Emancipation Proclamation, some slaves weren’t freed until after the Union won the Civil War with Confederate Gen. Robert E. Lee’s surrender to Union Gen. Ulysses S. Grant April 9, 1865. The last slaves to be freed were told about the end of slavery in Galveston, Texas, on June 19, and celebrations have continued on that date every year since in Texas and elsewhere. In South County, the U.S. Grant National Historic Site has held Juneteenth celebrations.

Page, a Democrat, announced the decision on Twitter June 15, tweeting, “St. Louis County should be a place we embrace & celebrate our diversity, learn lessons from our complicated history & commit ourselves to action. June 19 marks the anniversary of the end of slavery in U.S. This year, in @SaintLouCo, we will observe #Juneteenth as a holiday.”

Many county government employees have been working from home anyway due to the COVID-19 pandemic. Page did not hold one of this three times-a-week press briefings that day.

Page can only make the decision to celebrate Juneteenth as a one-time event. For a permanent new paid county holiday, the decision would have to come from the Civil Service Commission, a Page spokesman said.

Although Page was first with his declaration about Juneteenth, St. Louis Mayor Lyda Krewson declared June 19 this year and “every day hereafter” as “Juneteenth Day” in the city and said that she would begin the process of formally including the day as a paid holiday starting in 2021.

“Juneteenth originally celebrated the dismantling of American slavery,” Krewson said in her announcement. “Today, it highlights the continued struggle to dismantle the symbols of systemic racism. Recent events have shown us that we still have work to do to fulfill the hope of Juneteenth and ensure we all enjoy the same freedoms.”

Krewson said the holiday was an opportunity to educate about African American heritage and “honor their lives, sacrifices and many contributions to this country. Citywide recognition of this day will provide an opportunity to unify all St. Louisans against racism.”

But in the county, 6th District Councilman Ernie Trakas, R-Oakville, said after talking with Page, he didn’t see the reasoning behind the holiday, especially as the county is recovering from the COVID-19 pandemic.

“I don’t think it’s something that’s necessary or needed,” Trakas said. Although he acknowledges the “importance of the date, now our employees are not able to function fully and in full capacity — to declare a holiday, I don’t know that I can get behind him on that. We’ve got lots to do and need people to do it.”

Third District Councilman Tim Fitch, R-Fenton, posted on Twitter that he also disagrees with county employees getting that day off.

“@DrSamPage has unilaterally declared this Friday as a paid county holiday.  I have no problem recognizing Juneteenth.  However, this is clearly a political stunt for his primary campaign that will cost real tax dollars. Will his campaign reimburse taxpayers for this paid holiday?” Fitch wrote.

On Juneteenth itself, county Prosecuting Attorney Wesley Bell tweeted, “There were thousands & thousands of people who spent their entire lives enslaved. Real people, with hopes, dreams & aspirations. They were treated as property, suffering the most horrible & inhumane abuses imaginable, & that is an understatement… but yet, they persevered. As a result, we are here today, living (what could have only been) their wildest dreams. To our descendants, most we will never even know their names:  We love you, we thank you, we celebrate you–we will NEVER forget you.  Happy Juneteenth.”

County Council Chairwoman Lisa Clancy tweeted on Juneteenth, “This #JUNETEENTH2020 let’s pause to reckon with our country’s history and repeated violence towards black and brown bodies, and make some commitments to prove that #BlackLivesMatter today and all days.”

Also on Juneteenth, the Missouri Black Legislative Caucus sent a request to Gov. Mike Parson to call a special session of the Missouri Legislature to handle issues around police reform.

“The Missouri Legislative Black Caucus sends this letter on Juneteenth, in honor of the black lives that have been dedicated to and, in far too many cases, sacrificed in the name of the freedom that day promises,” the caucus wrote in a letter to Parson. “We speak on this symbolic day—but we demand more than symbolism. We demand action.”