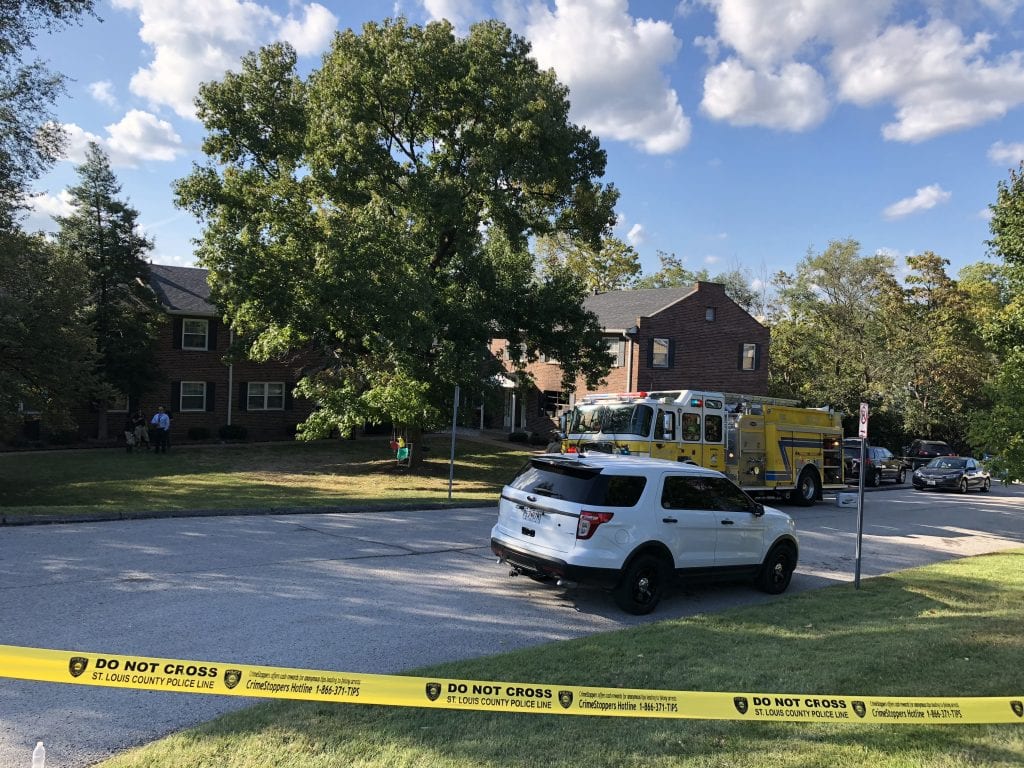 St. Louis County police and first responders investigate an apartment complex after a woman was found shot in an apartment that had been set ablaze on Tuesday, Oct. 2. Photo by Erin Achenbach.

A St. Louis County police officer was hit by a car and injured on Interstate 55 in south county Monday morning while responding to an earlier accident.

The officer, who was outside of his own car on the side of the road, was hit and sent down an embankment by a vehicle that lost control, but was taken to a hospital with non-life threatening injuries, a spokesman for the St. Louis Police Department said.

The injured officer is from the Affton Southwest Precinct and has three years of experience.

Road conditions were slick in some spots during the morning commute after a light snow this weekend.

The officer initially responded to a call for service for a one-car accident near the median and bridge at Butler Hill Road on Interstate 55 South around 7:36 a.m., police said. That car was a black SUV.

After about 10 minutes at the scene, the officer was helping the female driver of the SUV gather belongings from her car by leaning in to her car on the side of the road, police said.

At that time, another vehicle lost control and hit the SUV on the side of the road. The officer went down the embankment at Butler Hill.

The citizen who was being assisted by the officer had no injuries, police reported.

Police said they were unable to provide any details of the vehicle that hit the officer, including whether the driver was injured, what type of vehicle was involved or whether any tickets were issued.