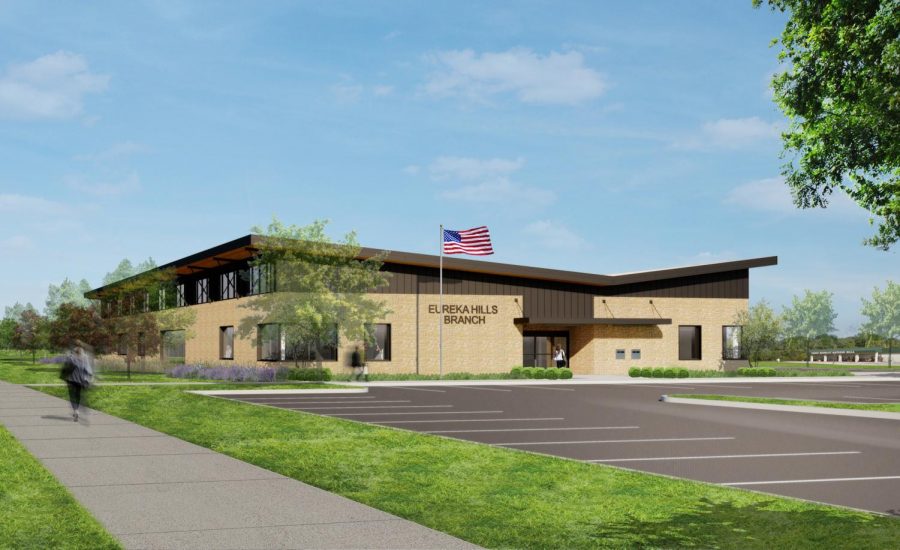 The St. Louis County Library will host a groundbreaking ceremony Wednesday for a new, larger library branch in Eureka, expanding library service in a growing area of St. Louis County.

The groundbreaking ceremony will be held at 10 a.m. Wednesday, June 24, at 500 Workman Road in Eureka, Missouri. Masks are required, and social distancing will be observed.

The new branch will replace the Eureka Hills Branch, located at 156 Eureka Towne Center. The current location is in a leased facility, formerly a Blockbuster Video store, and is approximately 6,500 square feet. The branch will remain open during construction.

Library Director Kristen Sorth said in a news release, “We are thrilled to be building a brand new, state of the art library for the residents of Eureka. This is a community that loves their library, and we look forward to bringing expanded library service to the area.”

The new Eureka Hills Branch will be a full service library branch of 15,000 square feet. The new branch will feature an expanded collection of materials, a dynamic children’s area, private study rooms, space for programming, a quiet reading room, a community meeting room, a business center and a space for teens. The branch will be adjacent to a new housing development and a new elementary school in the Rockwood School District.

The new Eureka Hills Branch is designed by Arcturis. The preliminary budget is $6.5 million. The new branch is expected to be completed in summer 2021.

The Eureka project is not part of the ongoing “Your Library Renewed” campaign to renovate or replace 19 of the library’s 20 branches that began with voter approval of Proposition L in 2012 and is paid for with the library’s capital funds, not the Prop L funds, a library spokeswoman said.

The original facilities master plan developed at the time of “Your Library Renewed” did not include a construction plan for the Eureka location. At the time the plan was developed, the branch had just moved into a larger space. Library administration has since determined that the growing community in Eureka needs a full service branch, library officials said.

The library announced its plan to build the new branch in November 2017, with an announced start date of 2020 at that time. The library purchased 3.5 acres for the site from Six Flags, which is also close to the property.

Homebuilder McBride and Son also donated $100,000 toward the construction of the new library branch. The library will be next to the developer’s “Arbors at Rockwood” subdivision that has been built in recent years, an arrangement similar to how the library built the new Grant’s View Library in South County directly next to McBride’s Grant’s View subdivision across from Grant’s Farm.