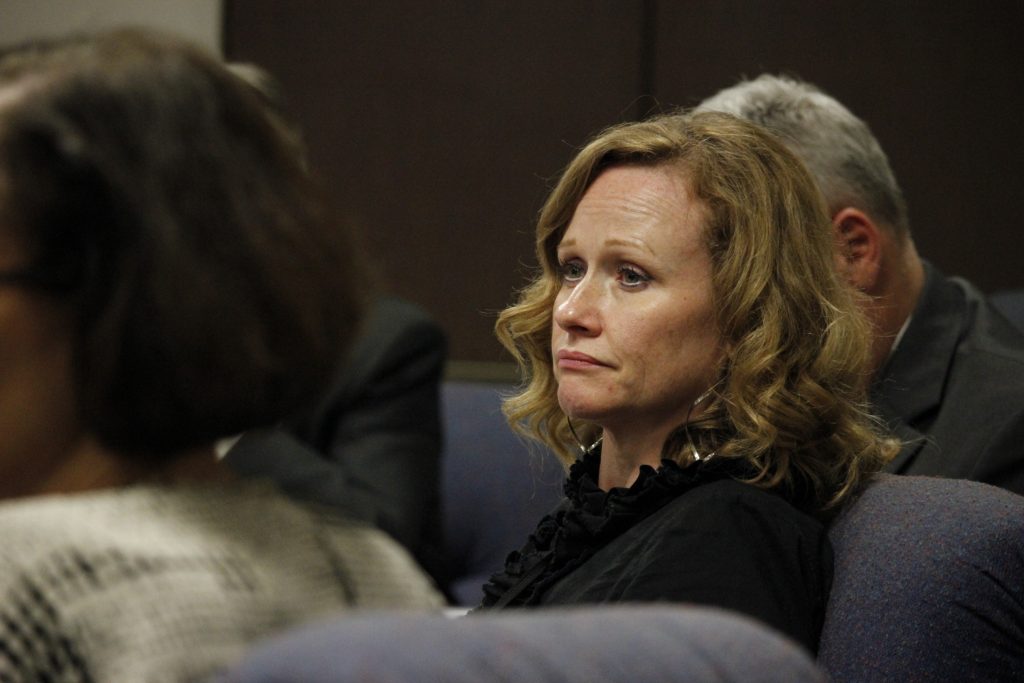 2nd District County Councilwoman Kelli Dunaway during the Board of Freeholders hearing. Photo by Erin Achenbach.

St. Louis County is joining a growing number of jurisdictions in the country adapting local ordinances for electric vehicles.

The County Council passed a bill in October that requires all commercial, entertainment and institutional locations undergoing construction or renovations to set aside 2 percent of their parking spaces for electric vehicle charging. Parking lots of 10 or more spots have to have 10 percent be “electric vehicle ready spaces.”

The bill was supported by 2nd District Councilwoman Kelli Dunaway, who referenced car companies’ plans to increase electric car sales and production in the future. The mandate would apply to all parking lots outside of gas stations.

On Nov. 22, the Planning Commission discussed what the mandate means for plans going forward. Commissioners had concerns about the cost for petitioners affected by the law and how it would apply to large parking lots or parking garages.

“How are you going to fit charging stations in a parking garage?” Commissioner Gary Elliott asked.

Intermittent Planner Debi Salberg said the council left a lot of gray areas within the bill, and did not specify how things would work in certain lots, “it just requires them.”

Spots with chargers would still be usable for gas powered cars, and chargers could just be added to existing spots instead of new ones.

Salberg said the federal infrastructure bill has money set aside to help pay for these stations, but the county hasn’t allocated any of those funds yet.

“Basically, it’s a cost of doing business,” Salberg said. “If you expect the public to use your … parking lot, for whatever reason, you need to provide these.”

According to chargedfuture.com, a charging port can cost between $1,200 and $3,500 depending on the manufacturer.