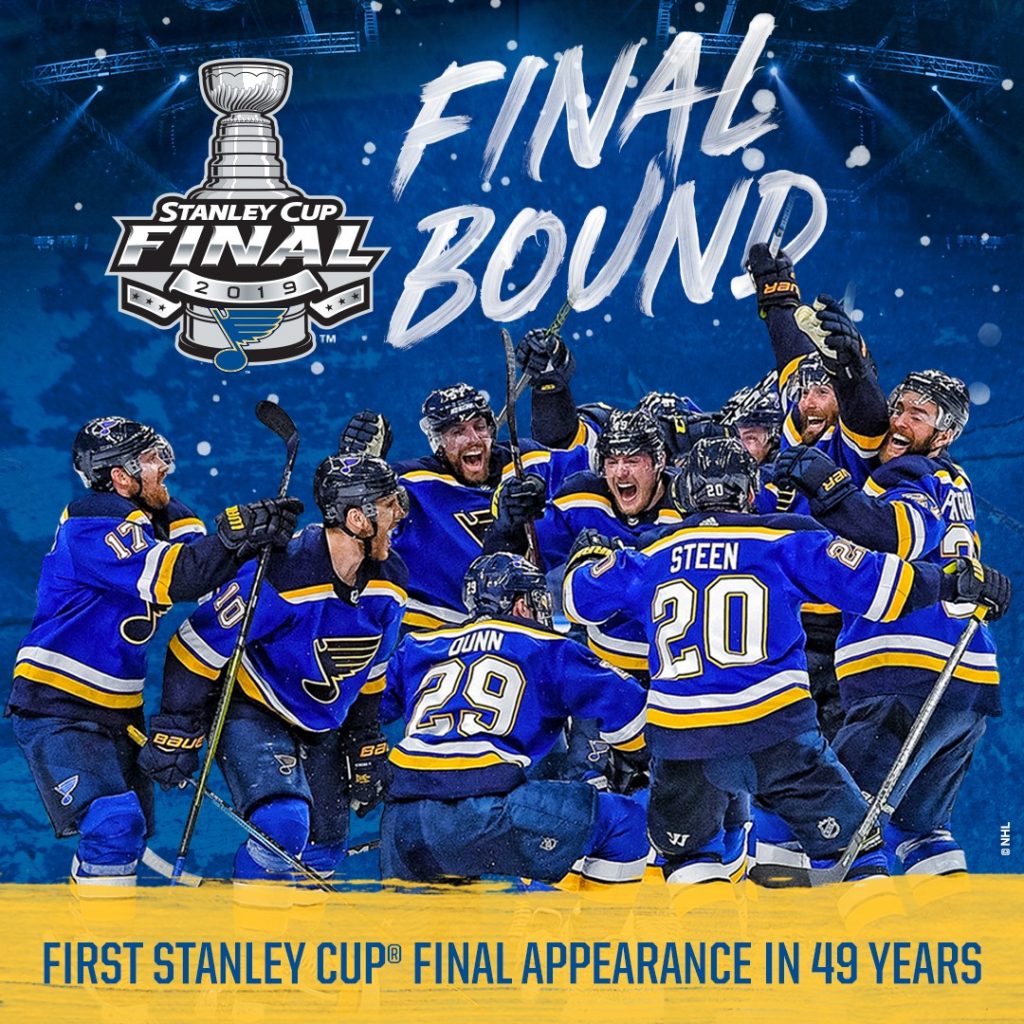 The St. Louis Blues are headed to the NHL’s Stanley Cup finals for the first time in more than 40 years after defeating the San Jose Sharks 5-1 Tuesday night to win the Western Conference finals.

With a tornado warning outside, the Blues took the series in the sixth game and will now take on the Boston Bruins, the same team they faced the last time they were in the Stanley Cup finals.

The Blues are the oldest NHL team to never win a Stanley Cup.

The Blues advanced to the Western Conference finals after defeating the Dallas Stars in a seven-game series with the help of two game-winning shots from Oakville native Patrick Maroon, who took a pay cut to play in his hometown closer to his family.

Before he reached the NHL playoffs, Maroon was a hockey standout at Oakville High School, where he played on the club hockey team along with his older brother Justin.

The team was last in the league in early January, but turned things around after rookie goalie Jordan Binnington had his first start just after the New Year. At one point, the team reigned with an 11-game winning streak.

Just as the team started tallying wins in January, the players started a new tradition when they win a game of playing Laura Branigan’s “Gloria.”