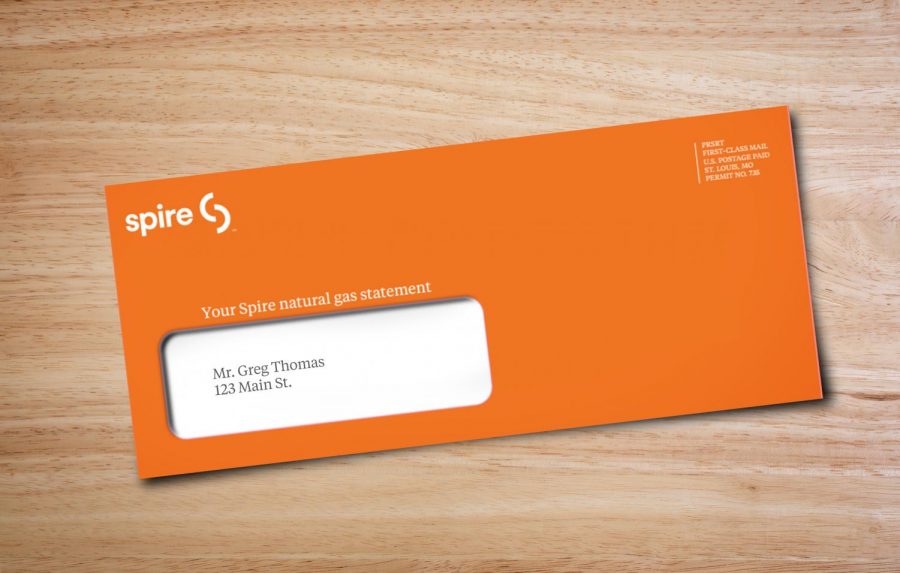 Spire Missouri natural gas customers will see rates increase under a rate change that will take effect April 1 due to weather.

The change reflects a change in the Weather Normalization Adjustment Rider (WNAR) that authorizes rate adjustments based on weather variations. The purpose of the WNAR tariff is to adjust revenues, either positive or negative, for differences between actual heating degree days and normal heating degree days.

“The rate change in this filing generally reflects warmer than normal weather in the Spire East and Spire West districts” in Missouri, the utility said in a news release.
Under tariffs filed by the natural gas company, a Spire East Missouri residential customer, like those in St. Louis, using 100 Ccf of natural gas in a given billing month will see a line item increase of approximately 85 cents a month on the bill. A Spire West Missouri residential customer will see a line item increase of approximately 69 cents a month in their bill.
As part of the Public Service Commission staff recommendation for a rate change in this case, staff filed a motion seeking to have the commission open a separate case as staff indicated it had identified a WNAR billing error.
Staff stated that during its investigation it found Spire allegedly had not incorporated the WNAR rate reflected in its tariffs, effective Oct. 1, 2020, to the present, in its billing system until Feb. 22, 2021. Staff alleged Spire’s failure to bill the tariffed rate from Oct. 1 to Feb. 22 was a violation of Spire’s currently effective tariff.
PSC staff states that the WNAR rates now proposed in this case are not impacted by Spire’s alleged failure to bill its customers the appropriate rate in previous months. The reconciliation period for those months will not be addressed until Spire’s September 2021 filing.
The commission has granted PSC staff’s motion to open a case (GW-2021-0293). Staff is to file a progress report in that case no later than May 17, 2021.
Spire Missouri East provides natural gas service to approximately 654,600 customers in the city of St. Louis as well as the Missouri counties of St. Louis, Jefferson, St. Charles, Butler, Iron, Franklin,Madison, Crawford, St. Francois and Ste. Genevieve.
Spire Missouri West provides natural gas service to approximately 522,000 customers in Andrew, Barry, Barton, Bates, Buchanan, Carroll, Cass, Cedar, Christian, Clay, Clinton, Dade,
DeKalb, Greene, Henry, Howard, Jackson, Jasper, Johnson, Lafayette, Lawrence, McDonald, Moniteau, Pettis, Platte, Ray, Saline, Stone and Vernon counties.

Spire has more than 1.7 million customers across three states and encompasses five legacy natural gas companies that it has taken over: Laclede Gas in St. Louis that was founded in 1857, MGE founded in Kansas City in 1867, Alagasco founded in Birmingham, Alabama in 1852, Mobile Gas founded in Mobile, Alabama in 1836, and Willmut Gas founded in Hattiesburg, Mississippi in 1933. Of those areas, the largest service area is in St. Louis with 647,000 customers, followed by Kansas City with 508,100, Birmingham with 420,500, Mobile with 84,500 and Hattiesburg with 18,500.

Laclede Gas changed its name to Spire in September 2017 while “redefining what it means to serve homes and businesses across the region,” the utility said at the time. Starting Sept. 25, 2017, the company’s service and construction employees will wear orange uniforms as they work in homes and along streets across the area.

The fleet transition to the orange logo started at the beginning of September and ran through mid-October 2017. Residents also saw inserts in their billing statements, television, digital and outdoor advertising announcing the change.

Becoming “Spire” was part of a larger change for Spire’s five natural gas utilities across Missouri, Alabama and Mississippi. These utilities are part of the nation’s fifth largest publicly traded natural gas company.

Spire said at the time, “The new name also means a commitment to even better savings, service and support for customers. As a bigger company, Spire can manage costs more efficiently to keep customer bills as low as possible. New technology and options like a mobile-friendly website make it easier for customers to get in touch and manage accounts on the go. Charitable giving and volunteer initiatives from Spire and its employees support hundreds of activities that make a difference in people’s lives.”