Proposal sets aside $62.5 million for the 6th District 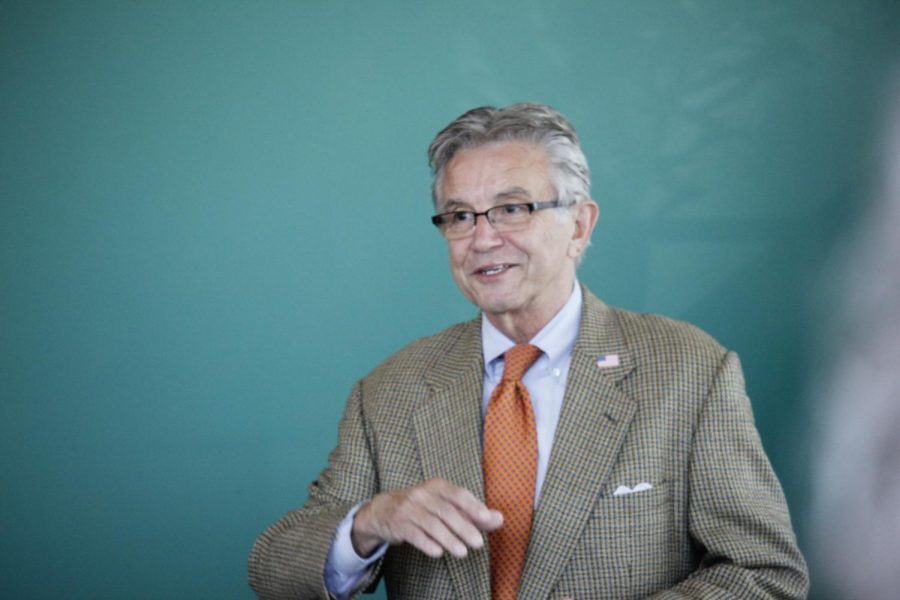 The plan outlines six different expenditures for the 6th District: $20 million for a Department of Public Works Community Stabilization Task Force to abate derelict properties in the district, $15 million to address small business economic assistance and employment, $10 million for household assistance and child mental health services, $7.5 million for pool and tennis court renovations at the Kennedy Recreation Center, $7.5 million to finance bonds for the repair and upgrade of the Quail Creek golf course and $2.5 million for the creation of a sobering center at the St. Louis County Department of Public Health’s South County location.

In all, St. Louis County is slated to receive $193 million in ARPA funds over the next several years. This is separate from the $127 million in funds set to be divided up between the county’s municipalities.

Trakas said part of the reason for his proposal was to ensure that the funds are administered efficiently.

“Ideally it will be administered much more capably than we experienced with the CARES (Coronavirus Aid, Relief and Economic Security) Act funds, which is part and parcel why I introduced the legislation to begin this conversation now and put it in play,” Trakas said. “To begin the idea of putting in place mechanisms that are effective and efficient so that people aren’t waiting weeks and months for a decision.”

Trakas is not the only council member who has proposed a plan for their district using a large portion of the county’s ARPA funds. Council Chair Rita Heard Days, who represents the 1st District, and 4th District Councilwoman Shalonda Webb have introduced a plan that sets aside $50 million in funds for their respective North County districts.

County Executive Sam Page has also indicated that he would like to use approximately $85 million in ARPA funds to address holes in the county’s 2022 budget.

“My intent is to have this legislation initiate a discussion and dialogue amongst and between council members addressing the question of the appropriation of American Rescue Plan Act money. We’ve been sitting on this for far too long,” Trakas said. “I’m talking about … making sure that the district that has the largest amount of unincorporated St. Louis County gets its fair share.”

The district is over 38-percent unincorporated, meaning that the majority of it is governed by St. Louis County and not a local municipality.

“District 6 represents the largest block of county residents living in unincorporated St. Louis County. … Incorporated areas in the county, that is municipalities, are all going to get separate and direct ARPA funds … so they aren’t part of the conversation,” said Trakas. “So from my perspective, the vast majority of ARPA funds belong – designated – to unincorporated  St. Louis County. I’m just seeking that South County and District 6 gets its fair share.”

The priorities outlined in the proposal are responses to various concerns shared with Trakas from 6th District residents, like the creation of a $2.5 million sobering center to address homelessness and drug and alcohol addiction. Trakas said that the pandemic’s effect on youth mental health was also important to address and, that while the details still need to be fleshed out, it would be a parent-centered partnership through the county health department.

“I want to create a vehicle for parents who are having issues with regard to those types of causes to have the ability to get help. … I envision this as parent-centered, meaning the parent would make the decision whether or not they want the assistance and then would work with the department of health,” Trakas said. “I’m not too interested in having school districts involved in the process.”

For the economic assistance to small businesses, Trakas said that it would most likely be some form of an application process, although that process would be dependent on federal guidelines for the funds.

“We’re obviously going to wait for more specific federal guidance … but I do anticipate that an application process will be required,” said Trakas.

The proposal was introduced for the first time at the Nov. 2 council meeting and could have received its first vote at the meeting Nov. 9 – after The Call went to press, although Trakas said prior to the Nov. 9 meeting that he wasn’t sure if he was going to move it forward just yet.

“It’s my belief that District 6, in particular, has been the red-headed stepchild of county government for far too long. And by that I don’t mean a few years, I mean well over a decade, maybe a couple of decades,” said Trakas. “I don’t think it’s appropriate to sit here, with the opportunity to get a designated amount of ARPA funds, not to make that effort. It never fails – certainly in recent times, the focus seems to be elsewhere than South County and District 6 and that’s no longer acceptable to me.”