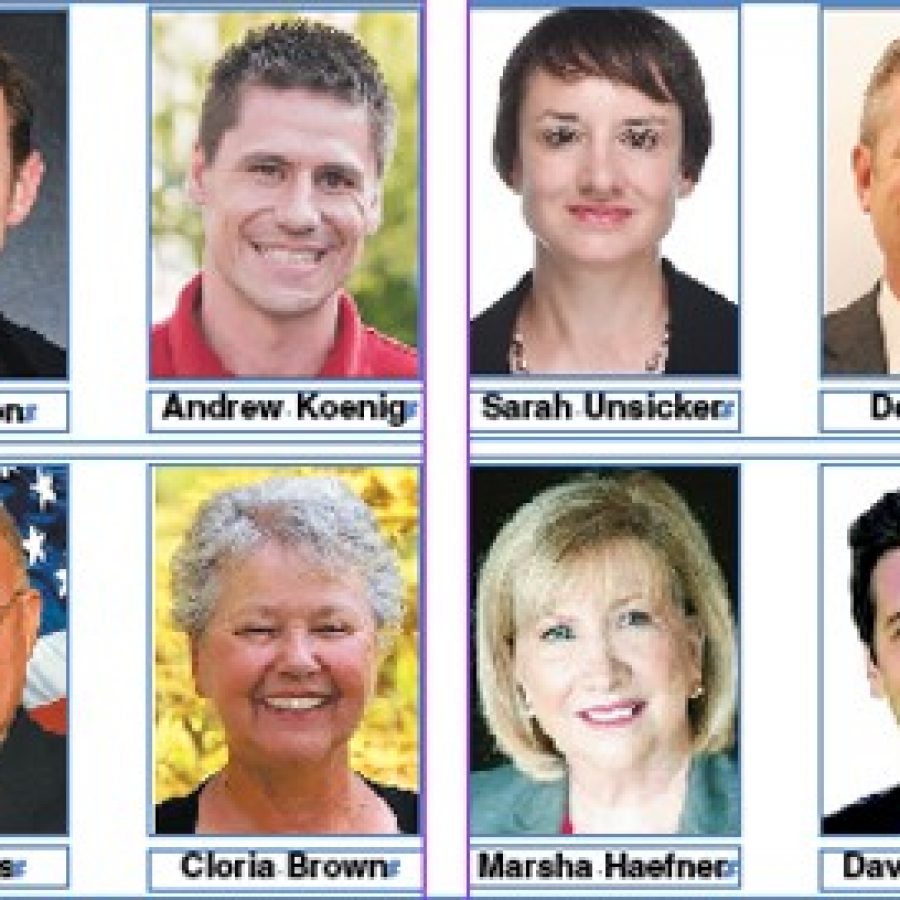 Here are the unofficial results of the Nov. 8 election:

Democrat Sarah Unsicker of Shrewsbury bested Republican Greg Mueller, a member of the Webster Groves City Council, for the District 91 House seat being vacated by Jeanne Kirkton, D-Webster Groves, due to term limits.

The race for the 92nd District House seat being vacated by Genise Montecillo, D-Marlborough, pitted two Affton residents against each other with Democrat Doug Beck prevailing over Republican Daniel Bogle.

In the 93rd District House race, incumbent Bob Burns, D-south county, was the victor over Republican Landry Sorbel of Lemay.

Brown and Englund, who also serves on the Lindbergh Board of Education, have been squaring off against each other in Missouri House elections since 2008 when Englund was elected to the District 85 seat by defeating Brown.

Haefner first was elected to the House in 2010.

Republican David Gregory of Sunset Hills was unopposed for election to the District 96 House seat being vacated by Rep. Mike Leara, R-Concord, due to term limits.

Gregory was unopposed after besting fellow Republican Dan Reuter of Concord in the August primary.