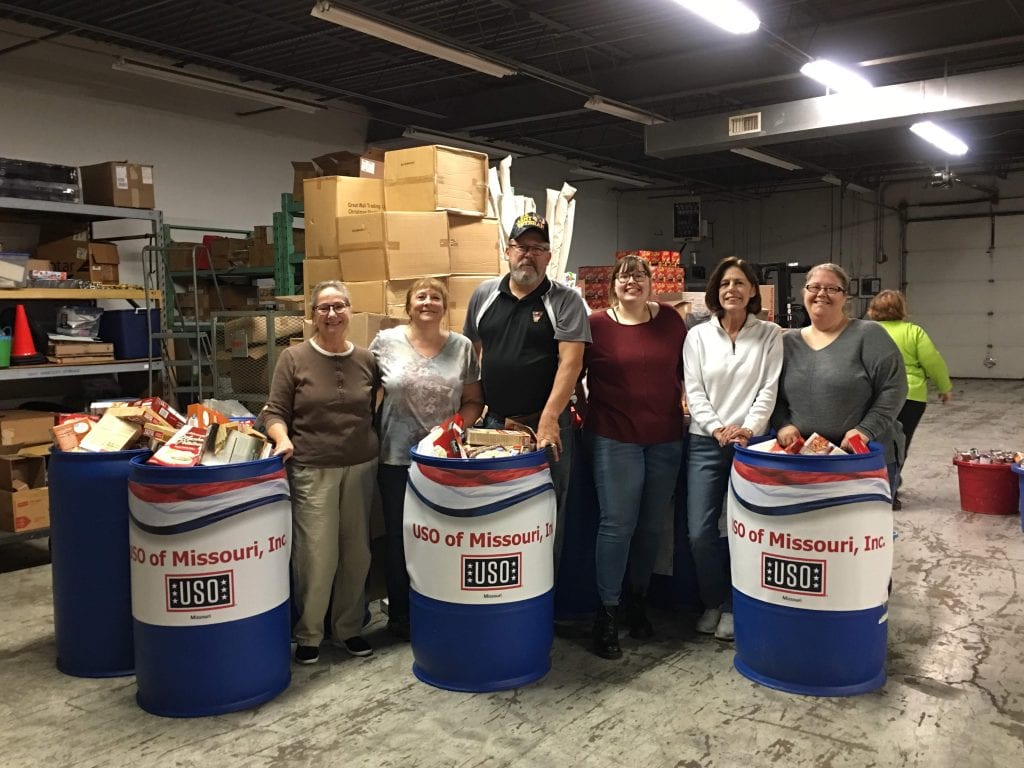 The sixth annual Operation October food drive, benefitting the USO of Missouri, brought in record levels of food for Thanksgiving dinners for military families in need, in part due to a record number of donations from south county.

Residents across the St. Louis region, including south county, came out to local banks, credit unions and Call Newspapers to fulfill the Thanksgiving wish lists of military families. The October drive provides Thanksgiving meals — everything except the turkey — for active and reserve military families throughout the state of Missouri and in four counties in Illinois surrounding Scott Air Force Base.

“This is the most successful drive we’ve had, even more successful than last year,” said USO of Missouri Development Director Christine Trotter. “Last year we assembled a little over 2,100 baskets. This year we put together 2,449 baskets, but we also had more families in need.”

Volunteers, including volunteers from Call Newspapers, assembled the 2,449 baskets, compiled from items collected at various banks and credit unions in the Call’s circulation area. Trotter estimates that 800 to 900 baskets were made up of items donated in south county alone, which doubles the amount donated in 2017. That haul set a record as the largest donation drive to the USO of Missouri in its history.

The baskets are assembled in a roasting pan and include stuffing, gravy, sweet and mashed potatoes, green beans, a pie crust, pumpkin pie filling, cranberries and a gift card for a turkey.

Military command provides the USO with the number of families in need who are E-5 and under. The baskets go out to military families across Missouri, to places such as Springfield and Fort Leonard Wood, and on the Illinois side of the St. Louis region.

“I just want to profusely thank south county for participating,” said Trotter. “It helps a ton.”