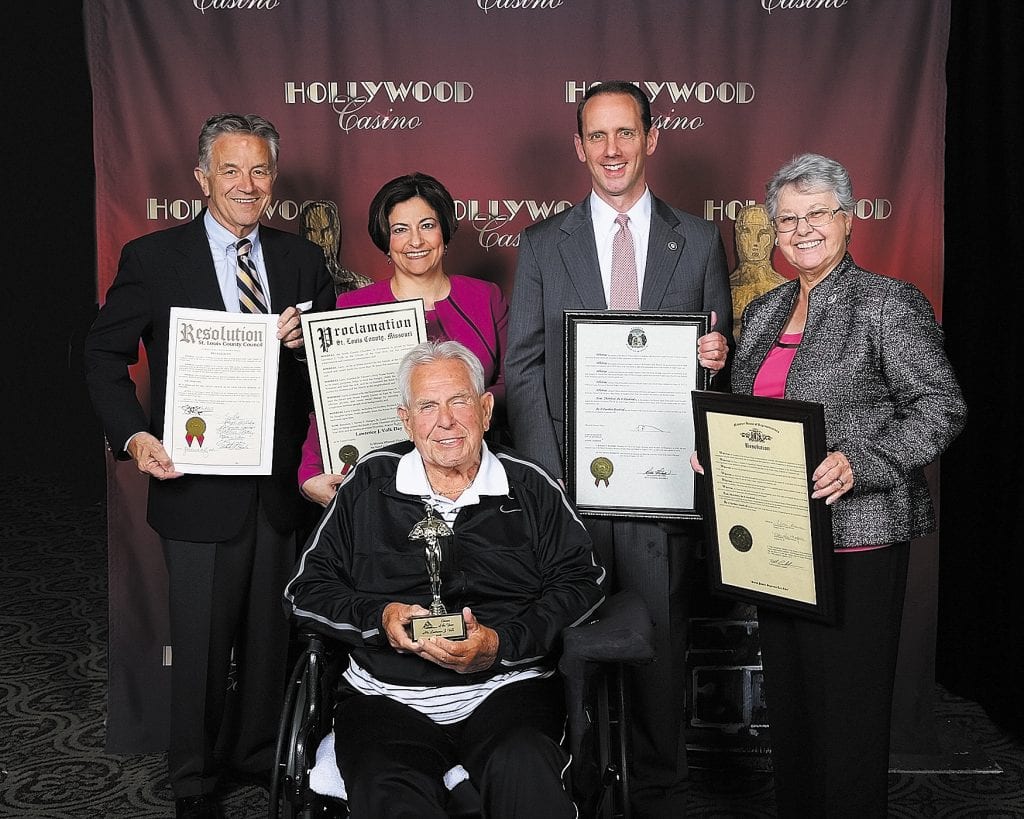 The South County Chamber of Commerce recently named Lawrence J. Volk as its Citizen of the Year for 2016.
This prestigious award recognizes Volk for consistent excellence in professional and community leadership; significant contributions to the welfare of the community through participation and involvement; and freely giving time and energy for positive economic growth and stability, according to a news release.
Volk lived in South St. Louis and then south county until moving to Delmar Gar-dens of Chesterfield in November 2015.
Volk, or “Uncle Larry” as he is fondly called by his friends and family, was one of three children who lived in a formerly poor area of South St. Louis, now known as LaSalle Park.
His father worked at Emerson Electric, while his mother was a homemaker.
At the age of 10, Volk was initiated by the St. Vincent De Paul Church as a server.
Parish clergy cared for the poor and needy families in the area. He was a child of a poor family, and St. Vincent De Paul aided the Volks and their friends several times.
Volk’s experience as a server also gave him a life lesson in compassion and charity as demonstrated by the priests and their mission to help the poor.
This had a profound effect on Volk as a seventh-grader. While working at a parish fundraiser, he realized he wanted to follow in the footsteps of the charity work by the priests of St. Vincent De Paul. He has not stopped, the release stated.
Volk is as kind and compassionate as he is humble and gracious.
“My lifelong dream and passion to care for the poor and needy was only possible and successful because of my family and friends that supported me and the many causes that needed help,” he stated in the release.