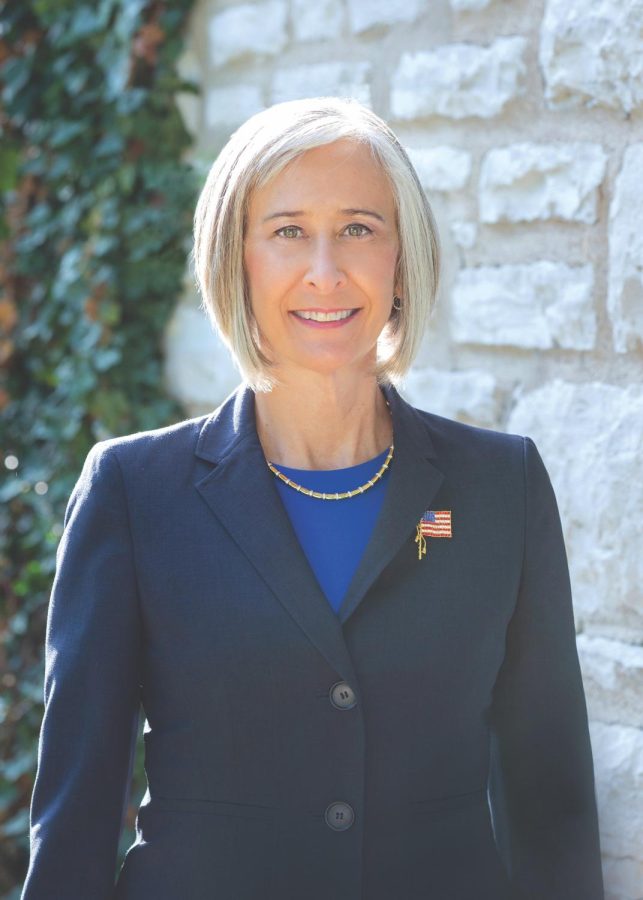 The race for St. Louis County Executive in November will feature incumbent Sam Page and a previously little-known candidate from South County, Katherine Pinner, who defeated Rep. Shamed Dogan of Ballwin in the Republican primary for executive in August.

Pinner, who defeated Dogan 56 percent to 43 percent, did virtually no campaigning for the race and collected no contributions. She is the owner of a professional consulting firm, author and Lindbergh High School graduate. This is the first time Pinner ran for public office.

Pinner was born in St. Louis city and grew up in the Bevo Mills neighborhood, the daughter of immigrants. When she was little, her family moved to South County, where she’s lived ever since except for when she was attending college.

In an interview with The Call, Pinner said she’s not really into politics but was inspired to get involved because of her business background.

“I’m more interested in civil service and representative government because I feel that actually, more business people should step up. We would have a much better government if we were to apply the principles of business to these systems in service of government,” Pinner said. “I feel that I can lend my business background to the position and this would improve the way that our government operates.”

Pinner said the reason she went for county executive rather than a lower office first was that she was less interested in the “legislative” branch of government and felt her skills are more applicable to the executive branch.

“I felt that county executive matches the CEO or the business positions better because of my background in change management, leadership development, management, my background in IT. The diversity of all of these positions in government, the county executive is more of a business-related position and that interested me more than a legislative position,” Pinner said. “The timing was good, I saw the opportunity to step up and that’s what inspired me to put my name on the ballot.”

If successful in the general, Pinner hopes to focus on strengthening jobs and education in St. Louis County.

“My main objectives are going to be jobs, education, taxes … the reason for that is our employers right now are looking for people … So finding quality job applicants for these small businesses as well as keeping their doors open is a huge priority,” Pinner said. “Also, the education. Our children were pulled out of school for a very long time, many of them have had diminished results as a result of that so looking at education as priority.”

Other portions of her platform include tax reducations for seniors and a focus on street improvements.

“Our seniors are on fixed income. Our taxes continue to rise. I do believe there are opportunities to reassess our budget, so looking at ways to provide the same service or better service while looking at ways to reduce taxes is a priority. As well as our streets. Many of our streets are in disrepair,” Pinner said. “In order for kids to get to school for people to get to work, it’s really a priority that we maintain our streets.”

Pinner believes her background in management will make it easier to work across any partisan dividides or other conflicts on the St. Louis County Council.

“I’m a change manager. One of the items we look at is how do we focus on principle. How do we focus on our end goal and getting people to work together toward a higher-level purpose,” Pinner said. “With that in mind, how do we serve all of St. Louis County? North County, West County, South County, all of the constituents. I do believe a lot of these issues are cross-county and cross-party.”

She would also like to increase communication and transparency between all branches of county government and its constituents, including making sure that council meetings are held in-person when possible and publishing data related to the county.

“Transparency starts with open, honest communication. … Putting information out there for people to openly get. I am a big believer in Sunshine (Law) requests as well, so if we’re doing something  as the county, all taxpayers should be aware of those items or have access to that data,” Pinner said.

While she did little to no campaigning in the primary, she does plan to do some more traditional campaigning for the general, including knocking on doors and other “old-fashioned” tactics.  She still plans to accept no political contributions in the general.

“I’m drawing on old-fashioned types of campaigning and also some innovative methods. Definitely will be doing traditional things … knocking on doors, speaking engagements,” Pinner said, referring to those methods as a “secret sauce.” “We need innovation .. my campaign is an exempt campaign. We’re not collecting one penny for this campaign and the goal is to communicate out what you can do with innovation, and that’s the type of thinking I would bring to this position.”

Pinner said she “didn’t know what to expect” going into the primary and was prepared for whatever the outcome, and is looking forward to seeing voters engaged in November.

“It is a very critical election. I very much hope that people are encouraged to go vote for whoever they want to vote for,” Pinner said. “I think it’s very important that people go to the polls, that we have that right, that we exercise that right to vote and that we have a very good election with lots of participation.”