Former alderman squares off against incumbent alderman in Ward 2 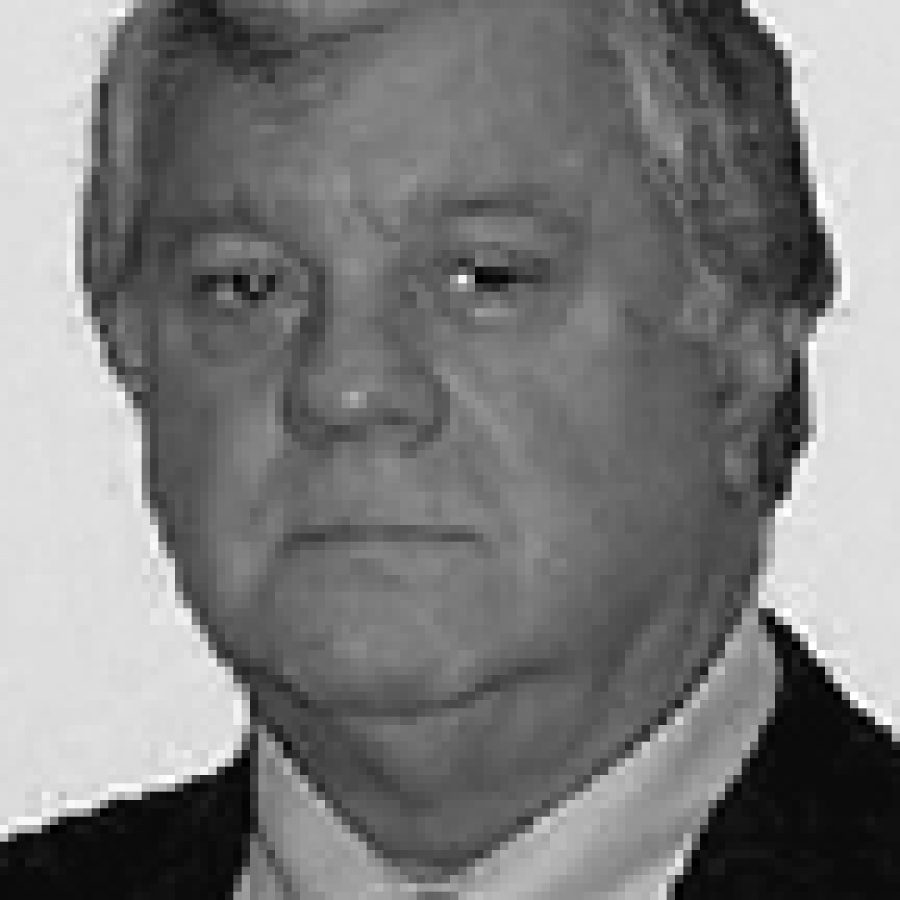 The seat up for grabs in the April 8 election carries a two-year term.

 “The important issues for the city in the near future include potential redevelopment of the Viking area and the Heimos area, both of which are on hold at this time. I don’t see either of these at a stage that will impact the political races in the next few weeks. The stormwater project program and the parks and recreation development plans are also major dollar issues to be addressed in more depth in 2008. Again, I don’t view as campaign issues,” Smith said.

 “Certain city officials have an agenda for the future of Sunset Hills that may not be shared by the rest of the Board of Aldermen nor by the citizenship at large.

“Some of these plans will increase operating costs or will create hardships for certain neighborhoods while not generating sufficient revenue to pay for themselves. They will end up putting additional strain on the city’s general fund or cause other taxing districts that depend on property-tax revenue to increase residents’ tax burden. The propensity to spend beyond our means needs to be controlled,” Hrastich said.

Smith said he is seeking election because “I feel my experience and demonstrated ability to work as a team member with a mayor and seven other aldermen is needed at this time to help reduce the internal conflict that exists today and is detrimental to the city of Sunset Hills.”

Hrastich, 64, 9255 Birch Tree Lane, 63126, is a chemical engineer retired from the Department of the Army’s Newport Chemical Agent Demilitarization Facility in Newport, Ind., and also a retired lieutenant colonel in the Army Reserve. He is married to Patricia Hrastich.

Hrastich said he is seeking re-election “to work toward keeping the focus of the Sunset Hills administration to the welfare of all of its residents.”

In your opinion, has the Board of Aldermen complied fully with the Sunshine Law? What will you do as an elected official to ensure compliance with the Sun-shine Law?

Smith said, “No. There appear to have been two or more violations in recent months. Correction: Ensure that the mayor and board, with counsel from the city attorney, do not form or staff, via appointment, committee membership involving more than four aldermen.”

Hrastich said, “Technically, the city has generally complied with the Sunshine Law. However, it is not always clear that the law’s spirit has been met. On several occasions, meetings have been held inviting only enough aldermen so that notices and agendas don’t have to be published. Also, citizens must physically come inside City Hall to see if committees that meet on an irregular basis have scheduled such a meeting. Examples include the Finance Committee, which I chaired, and the Special Projects Committee. It is my goal to ensure that all these meetings are covered in the future, particularly in the new Web site that is nearing completion. The availability of minutes has improved, but is not quite what it needs to be yet. Budget presentation that includes approved projects has also improved, but needs additional fine-tuning.”

Smith said, “There can be no flat position statement relative to TIF and ‘other tax tools’ in light of pending legislation and litigation, which may impact Sunset Hills and other municipalities in St. Louis County. There is a place and a need for TIF, etc., but each such proposal needs to be addressed separately.”

Hrastich said, “Tax-increment financing should be the exception rather than the rule. It is designed as an incentive to improve truly blighted areas, not as a bailout for existing businesses that do not intend to keep their property up and a source of a developer’s profit. My studies indicate that only if property values in a development in-crease by a factor of four after the TIF period ends — 23 years — will the revenue to property-tax-dependent agencies — school and fire protection districts — be equivalent to the normal escalation in property values at a 30-year elapsed time. Can you imagine the school and fire districts waiting even a 23-year TIF life before they need a property-tax increase? If you consider the heart of the city is its residents, it is unconscionable to tout the new city revenue stream while residents probably will have their taxes raised by these other agencies.

“The net result is that the city would have to offer its new sales-tax income to these agencies for the welfare of its citizens.”

What is your “vision” for the city of Sunset Hills?

Smith said, “With 15 years’ involvement, including 10 years as an elected alderman in Ward 2, I’ve seen many achievements fulfilling ‘visions’ that we had back in 1993, or programs in place by 2006 to achieve more. My ‘vision’ today, and one reason for running for election again, is focused on re-establishing the Sunset Hills ‘government’ that operated as a team over those years and avoided the problems of personal agendas and ‘infighting’ apparently experienced today.”

Hrastich said, “A city in which welfare of residents is foremost in the action of government. A city that welcomes commercial and residential development in an organized, planned fashion. A city that makes its proceedings available to all residents and seeks input from all wards.”