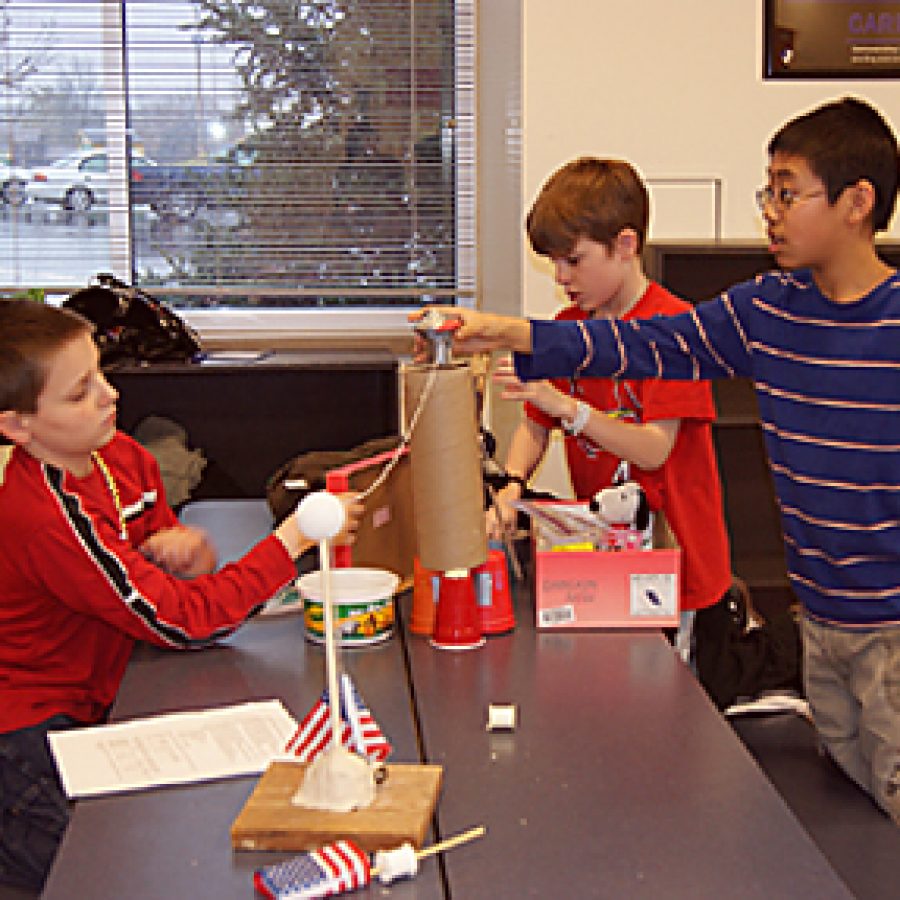 How many middle-school pupils does it take to raise a flag?

For participants in the Mehlville School District STRETCH — Supplementary Teacher Resource for Educationally Talented Children — gifted program’s Rube Goldberg Competition last week, as many as five. The sixth-grade pupils participated in the annual contest in which they were charged with the task of creating the most elaborate, creative machine possible to complete this year’s challenge of raising an American flag.

Using their basic science skills in a creative manner, pupils worked together during the weeks prior to the competition to incorporate as many of the six simple machines and supplies from a designated list as possible to create the plans for their overly complex flag-raising device. On the day of the competition, pupils brought their unassembled machine parts to school where they had two hours to construct their machines.

To add another level of difficulty, on the day of the competition pupils received a spinning top to incorporate into their existing machine design plans.

“I liked working together as a team and getting everything to work together under pressure,” Bernard Middle sixth-grader Carolyn Ream stated in a news release.

Following the project construction period, the pupils’ machines were judged by a seven-member panel and awards were presented. This year’s “Best Rube Goldberg” honor was presented to the Washington Middle team of Kristen Carter, Caroline Foster and Anelise Hutson.

The “Special Rube Goldberg” award was given to the Oakville Middle team of Lucas Arconati, Joey Fritsche, Trey Rossics and Tommy Shotton.