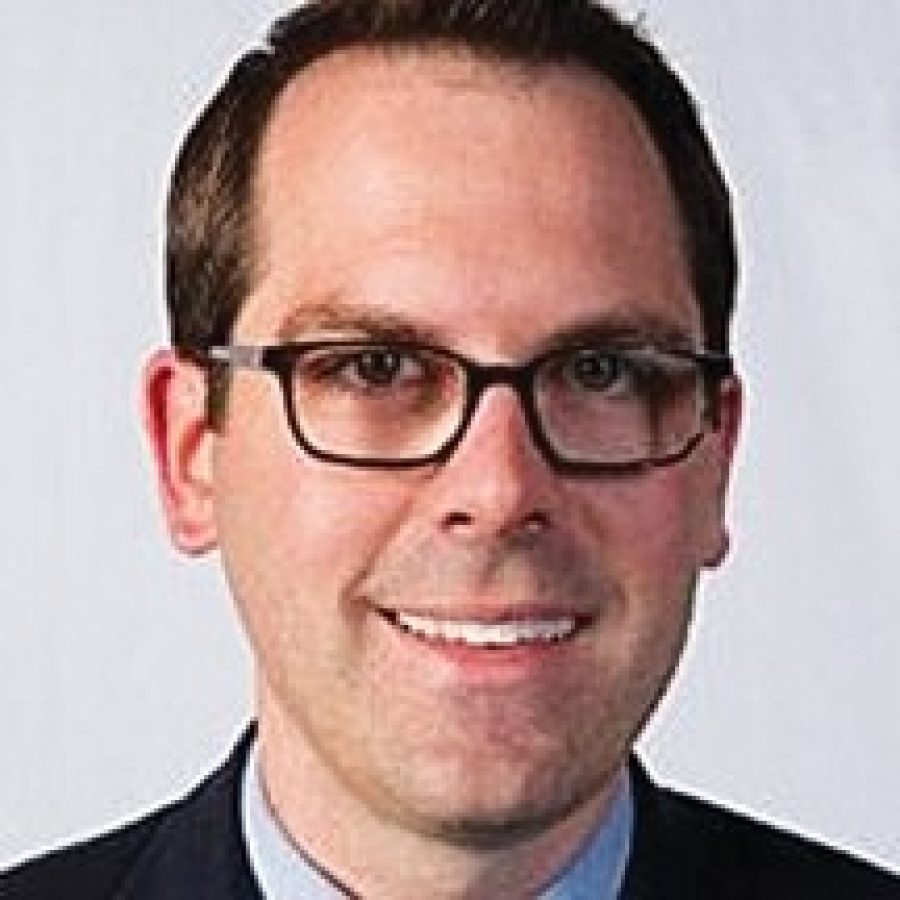 Crestwood City Administrator Kris Simpson is recommending the Board of Aldermen adopt a merit-based pay plan for city employees.

Simpson was scheduled to introduce his proposed pay plan to the Board of Aldermen Tuesday night — after the Call went to press.

The city’s existing pay plan for employees was approved by the Board of Aldermen in 2015 and was effective Jan. 1, 2016.

In a May 31 memo to Mayor Gregg Roby and the Board of Aldermen, Simpson outlined five “shortcomings” of the existing pay plan, and stated his merit-based pay plan, based on open salary ranges, would solve those issues.

The current employee pay plan was crafted by former City Administrator Mark Sime, who considered the creation of the plan his biggest accomplishment and the one of which he was most proud. The pay plan was designed to “facilitate employment and retention,” Sime wrote in a Feb. 18, 2015, memo to Roby and the Board of Aldermen.

The current pay plan is comprised of 10 steps — from A to J — with A being the entry-level step and J being the top of the range.

 Step increases based on performance over time.

 Promotion to a higher grade.

 A matrix pay adjustment provided for by the Board of Aldermen.

Sime resigned in October 2015 — before the pay plan was implemented — and Simpson began his duties as city administrator Jan. 4, 2016.

As originally proposed, the 2017 budget included a 2-percent matrix increase to the plan, which had provided 18 employees with raises of over 7 percent in 2016, according to Ward 3 Alderman Jerry Miguel.

But aldermen last fall reduced the general fund cost of the pay plan for 2017 by approving Miguel’s motion to remove the proposed 2-percent matrix adjustment and add a 2-percent raise for employees not receiving a 5-percent step increase, except for new employees hired after July 1 and any employees with an unacceptable performance review.

In his memo, Simpson wrote, “During the past 18 months, I have been evaluating the operation of the pay plan, noting its strengths and deficiencies. The Board of Aldermen also suggested a closer look at the pay plan after noting the fiscal impact during the budget process last fall.”

The following shortcomings to the existing pay plan were cited by Simpson:

 City employees report that they find the current pay plan difficult to explain and understand.

 The plan requires — at least — a two-year waiting period at step F and above, and then meeting certain requirements in order to increase to the higher step.

“This two-year waiting mechanism is unpopular with the employees. Additionally, this mechanism gives our experienced employees an incentive to leave the city,” the city administrator wrote.

 The plan requires that all employees be hired at a specific step.

“This has been restrictive in making hiring offers, where an employee may be worth making a slightly higher job offer, but perhaps not the full value of the next step,” Simpson wrote.

 The plan is difficult to adapt to the changing market for talent, requiring an across-the-board matrix adjustment for salary range increases.

“Crestwood offers a wide range of public services, and each position has its own unique job market. The ability to tailor each position’s pay range is essential to keep pace,” Simpson stated in the memo. “For example, assume the city wanted to make a change to the pay range of dispatchers. The current pay plan would require an across-the-board matrix adjustment, meaning all city positions — not just dispatchers — would receive the pay-range increase. The expense of doing this is prohibitive.”

 The plan rewards excellent employees the same as average employees.

Given the shortcomings of the existing pay plan, Simpson recommends the board adopt a merit-based pay plan for employees based on open salary ranges.

“Under this pay plan, salary increases would be based on employee performance, the funds for which would be drawn from an amount set each year by the Board of Aldermen. There would be no salary matrix and no automatic steps,” Simpson wrote, noting that his plan would alleviate the shortcomings he cited.

As proposed, his plan:

 Is simple to explain.

 Does away with the two-year waiting period.

“Salary increases would be possible every single year, provided the board allocates resources and the employee’s performance merits the increase,” Simpson stated in his memo.

 Would have employees on a range in-stead of requiring all employees to be at a particular step.

“Therefore, instead of being faced with a significant financial jump up to the next step, job offers could be made with greater flexibility based upon the qualifications of the applicant and the needs of the city,” he wrote.

 Would eliminate a unified salary matrix.

“Instead, each position would have an established minimum and maximum salary, and all employees must fall within those limits. The city can modify the range for any position at will,” the city administrator wrote.

In his memo, Simpson noted the city has two bargaining units — Local 2665 of the International Association of Fire Fighters for firefighters and paramedics and Teamsters Local 610, which represents police officers.

Crestwood firefighters have a collective bargaining agreement with the city that runs through Dec. 31, 2019, while negotiations with city police officers have been underway for roughly a year.

” … Crestwood and the firefighter/paramedics have a contract currently in effect,” Simpson wrote in his memo. “After discussions with that bargaining unit, my recommendation is to keep the firefighters on the current pay plan and give them the option to switch at a later date.

“Discussion of the new pay plan with the police officers is ongoing.”