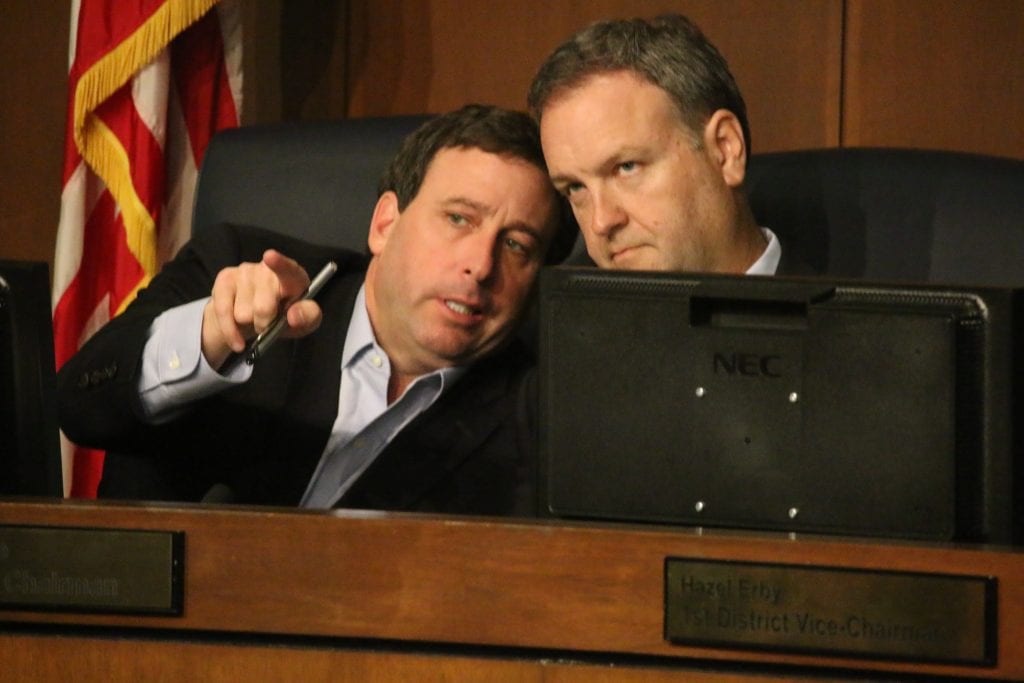 The St. Louis County Charter Commission is exploring the possibility of changing the structure of county government, making the county executive position more of a ceremonial role while installing a “county manager” similar to a city administrator.

The idea comes from former 3rd District Councilwoman Colleen Wasinger, R-Huntleigh, who retired from the council Dec. 31 and is now a member of the Charter Commission. It was first introduced at the Charter panel just weeks after former County Executive Steve Stenger, a Democrat and onetime council ally of Wasinger, pleaded guilty to three federal corruption charges.

The commission is meeting weekly this year to decide what changes to make to the county Charter. Any proposal would have to be approved by voters.

The board heard comments last month from former Clayton Mayor Benjamin Uchitelle, who suggested that the county be run like some municipalities in the region that use a city administrator or manager.

Uchitelle, who served as the mayor of Clayton from 1991 to 1998 and again from 2004 to 2007, spoke during the public forum at the May 15 commission meeting, after attending several of the panel’s meetings in the past.

Under the proposal for a county manager, the county executive post would become largely ceremonial.

Under a council-manager form of county government, a county board would be elected by the voters and the board itself would then appoint a county administrator.

Similar to how a city manager runs day-to-day operations in cities like Crestwood and Sunset Hills, a county administrator oversees the everyday operations of county facilities, programs and staff, as well as providing staff support to a county board when it comes to creating policies and making financial decisions.

Uchitelle said that during his time as Clayton mayor, the city manager reported to the Board of Aldermen and the mayor but carried out the day-to-day operations of the city, as well as the long-term vision of the city, subject to the mayor and the board’s recommendations and approval.

“It’s a government that works very well in Clayton, Kirkwood, Webster Groves, and I think it would work well in St. Louis County,” said Uchitelle.

Wasinger’s successor on the council, 3rd District Councilman Tim Fitch, appointed her to the panel and said that since a county administrator would be a professional employee, they would not be subject to taking campaign contributions and doing the bidding of donors, unlike Stenger.

Since the county administrator would be subject to the council and county executive, who would serve more as a figurehead, they could make sure the administrator was truly operating in the county’s best interest and not in the interest of donors.

Currently there are no counties in Missouri with a county manager form of government, although there are several in Illinois, including Peoria County and DeKalb County, which encompasses part of the Chicago metropolitan area.

Although no decision or consensus was reached by the commission on whether the county government structure should change to one with a county manager, panel member Christopher Grahn-Howard, legislative assistant for 7th District Councilman Mark Harder, suggested that if the government structure is revamped in any capacity, proposals should be drafted and presented to the commission by July to allow for adequate discussion time.

County voters decide if a commission should convene on years that end in 8 to decide if any changes should be made to the Charter. Last November, voters voted for the panel to be held.

The commission is charged with coming up with amendments to the current Charter, or creating a new one altogether, by Dec. 31. The commission could decide that no changes are necessary.

Any amendments, or a new Charter, would have to be approved by 60 percent of commission members, or nine out of 14. Voters also approve any changes.