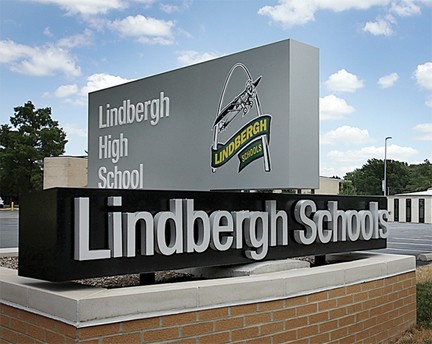 The Lindbergh Board of Education received an official challenge recently of 15 books carried in the Lindbergh High School library.

The books were mostly chosen for mentions of sex and suicide. The challenge was the focus of most public comment at the board’s Oct. 21 meeting, with some citizens in support and opposition of a possible ban.

Opponents of the challenge were not in favor of censorship of information, and felt the list of books disproportionately targeted stories about minorities or the LGBTQ community.

Lindbergh student Stella Tinnin said it would be wrong to remove the books because there are students who need stories about people like them.

“The books talk about how people need to fit in the world and have fought to make our world accept them. I think it would be wrong to get rid of them,” Tinnin said. “We can’t just get rid of them because some parents don’t like the content. I myself can’t stand around while parents try to get rid of these books.”

Tinnin said they are gender-queer, and similar books helped them feel accepted.

Parent Felia Davenport had similar concerns about the focus on “African American and LBGT stories.”

“You may think that we do not matter, or we do not exist in your school district, but we do. I will not stand by and watch you erase my people’s truths, my people’s stories,” Davenport said. “If you think having these books available is going to cause emotional trauma harm to your children, then take away their phones, their access to the internet, television, film and basically human contact.”

Davenport said many of the books are biographical and “create a bridge or connection to students who do not see themselves or their stories being told.”

John Lieber, Sunset Hills resident, was in support of the challenge due to the graphic nature of some of the sex scenes within certain books and mentions of dating apps which require people to be 18 to use them. He said it’s not about the people in the story, but the content.

“The issue is not anti-gay, anti-LGBTQ. The issue is content in some of the books in the library,” Lieber said. “The books were introduced without parental consent or involvement. A book calls out ‘If you are a young reader, you may not be ready for the content in this chapter, then simply skip this whole chapter.’ How many 14, 15, 16, 17 year-old young adults as soon as you say that are going to skip that and go on to something else?”

Parent Maki Randelman, said the books would be filtered out by the school computer’s search engine due to the “pornographic” nature of the content and the same standards should be held by the library.

The board has a special policy for when school or library materials are challenged by citizens. First, the challengers must fill out a form for each book identifying what parts of it they challenge, and what they request the district do with it if the challenge is approved.

After receiving the official form, the district forms a committee of nine people — two parents, two library media specialists, one teacher, two students who are at least 18, LHS Principal Eric Cochran, and Jeremy Mapp, director of inclusion, equity and diversity. The committee will then read each material in its entirety, check recognized selection aids for evaluations of the material, weigh the strengths and weaknesses of each material, complete an official form with 15 questions about the content of the material and submit any recommendations to the board president, superintendent and principal.

The Board of Education has final say on what happens with each material, and appeals can be made to the superintendent or the board based on the committee’s review.

The LHS library features more than 16,000 books, periodicals, and digital resources to represent the diversity of the school’s population. Chief Communications Officer Beth Johnston said all the books were “selected in accordance with Lindbergh Schools Board of Education policy, and state standards that are established by the Missouri Department of Elementary and Secondary Education.”

The board will share the committee’s review schedule soon.

Editor’s note: This article has been updated to reflect the correct names of the Lindbergh High School student and parent who spoke against the challenge.