Seniors earn awards for their commitment to academics, leadership 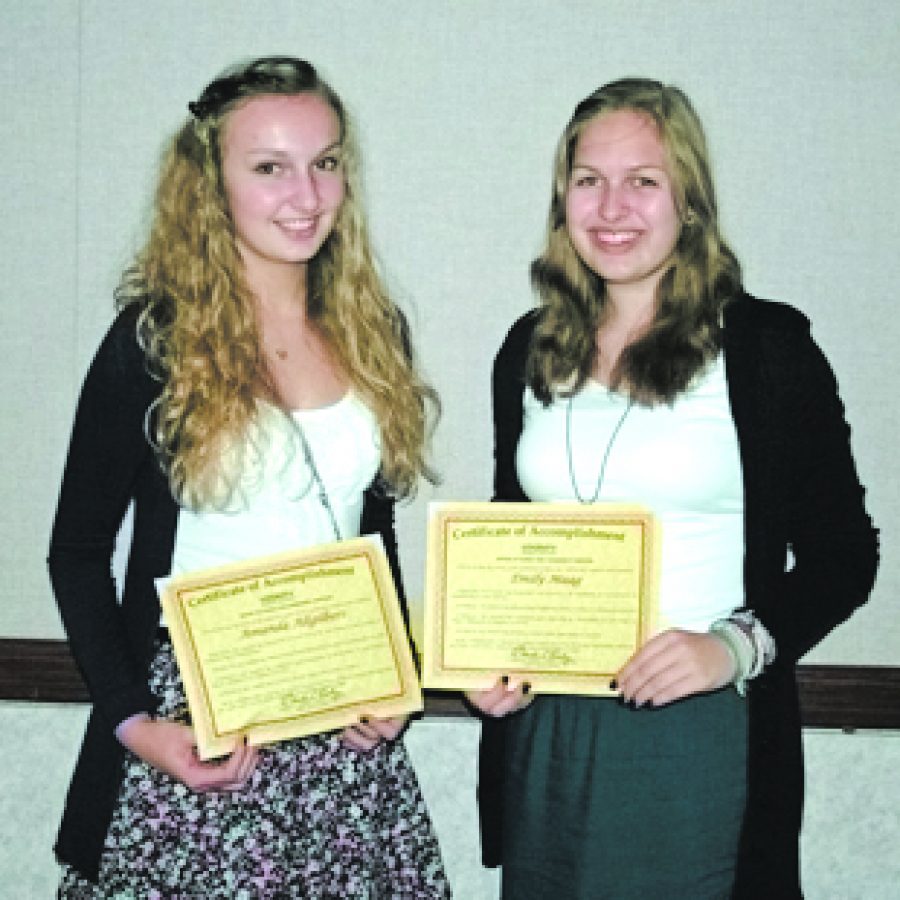 MHS Assistant Principal Shannon Pike nominated Altgilbers for the Outstanding Student Leaders award based on her contributions to her school and community. In addition to serving in executive roles in several capacities at MHS, Altgilbers is a member of two varsity athletic teams, a volunteer with the Animal Protective Association of Missouri and active with programs at her church.

“Amanda has won multiple local, regional and national scholarships and awards based on her accomplishments, and she has made a significant impact on her school and community,” Pike stated in a district news release. “To date, she has raised nearly $2,000 in donations for the APA.”

Maag was nominated for her award by OHS Assistant Principal Brian Brennan because of her active involvement as a member and officer in the OHS Student Council and her significant contributions to the Special Olympics of Missouri. Through her efforts, Maag assembled a team of 71 OHS students and staff members to jump into Creve Coeur Lake in February as part of the Polar Plunge benefitting the Special Olympics.

“Emily was instrumental in the overwhelming success of the Polar Plunge. Through her efforts, OHS was the top fundraising team in the St. Louis area and ranked third in state of Missouri,” Brennan stated. “We are all proud of Emily. She has done great things at OHS, and we know she will continue to do so when she graduates.”

Honorees of the annual Outstanding Student Leaders award are selected based on several criteria. Students must perform vital services for their community, demonstrate leadership abilities, maintain high personal standards, be active in various clubs, teams and activities, and exhibit good citizenship at school and in the community.