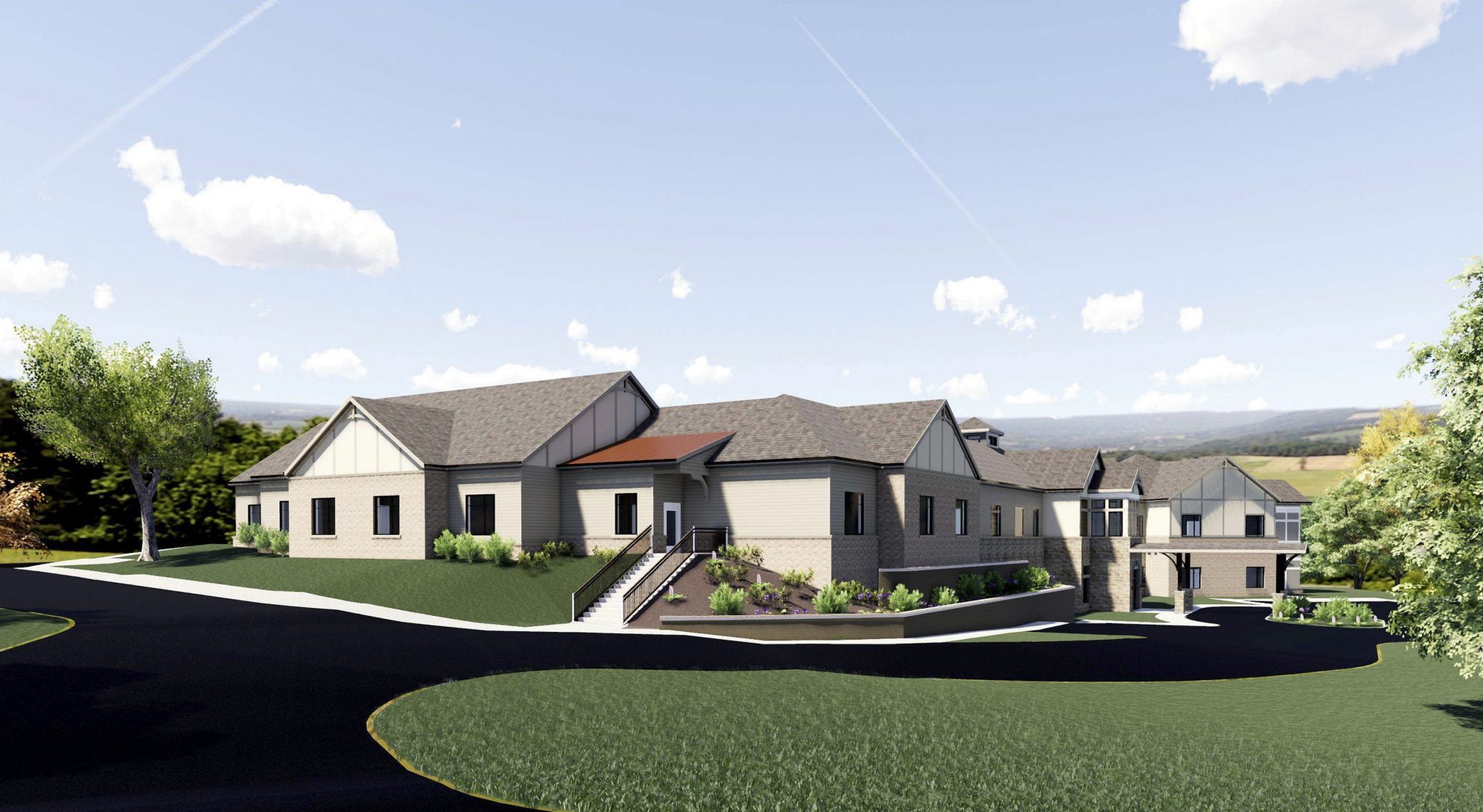 Pictured above: A rendering of the proposed upgrades and redevelopment to Peace Haven. Peace Haven has operated since 1952, five years before Sunset Hills was incorporated.

Peace Haven, the Christian Science senior-care facility that has been in Sunset Hills since before the city was incorporated, is planning an $18 million renovation and redevelopment of its 42-bed nursing complex at 12630 Rott Road.

The Board of Aldermen held a public hearing on the proposal April 23 and could make a final decision at its next meeting at 6 p.m. Tuesday, May 14, at City Hall, 3939 S. Lindbergh Blvd.

Peace Haven representatives took their plans to the Sunset Hills Planning and Zoning Commission March 6. The facility hopes to add “non-medical religious institution” as a conditional use in its C-1 commercial zoning district and wants to amend the zoning for its current location from R-2 Single Family Residential to Planned Development.

Peace Haven has been operating at the property since 1952, which predates zoning laws because it was there before Sunset Hills was incorporated in 1957. It had been grandfathered in since its current use is not allowed in R-2 zoning. For redevelopment to happen, current zoning codes would need to be met, requiring the change in zoning.

The existing facility on the site would be demolished in phases while the new care facility is built, according to the redevelopment plans. Peace Haven would continue to operate throughout the demolition and construction period and plans for everything to be completed within three years.

During a public hearing at the Planning and Zoning Commission meeting, residents shared their concerns about the potential redevelopment, especially in regard to stormwater retention on the site and a buffer from traffic off Rott Road.

“My only issue that I’m worried about is storm runoff there,” said Michael Lenz, who lives on Rott Road. “We’ve had problems in the past. My basement has flooded because I’m much lower than they are. I know that slope up there is quite large on the side of the property… Where will that runoff go to?”

One of the recently appointed members to the Planning and Zoning Commission, former Alderman Richard Gau, raised worries about the potential of Peace Haven running into capital-backing problems.

“One of my pet peeves of living here for 40-something years is some of the projects that have come to town and people walk away from them and we’re left with a mess,” said Gau. “With all due respect, is the money for this project coming from the church? Do you have bank commitments? How are you going to fund this project?”

“We’re just doing the last couple of million of the 18 over the next three years,” Gerber said. “We have a foundation who has made the commitment. We have the letter addressing it. We’re already starting the full funds for it.”

The commission approved the proposal unanimously and sent it to aldermen.

During the board’s April 23 public hearing, Ward 2 Alderman Casey Wong asked if it was necessary that the facility be defined as a non-medical religious institution, particularly the use of the word “religious.” Ted Bartlestone, a member of the board of trustees of Peace Haven, said the definition was provided to them by the federal government and that the specificity of “non-medical religious institution” was necessary for Medicare and Medicaid purposes.

The board did a first reading of the three bills making up the proposal but no further action was taken.