Senator is primary author of bill to reduce income-tax rates 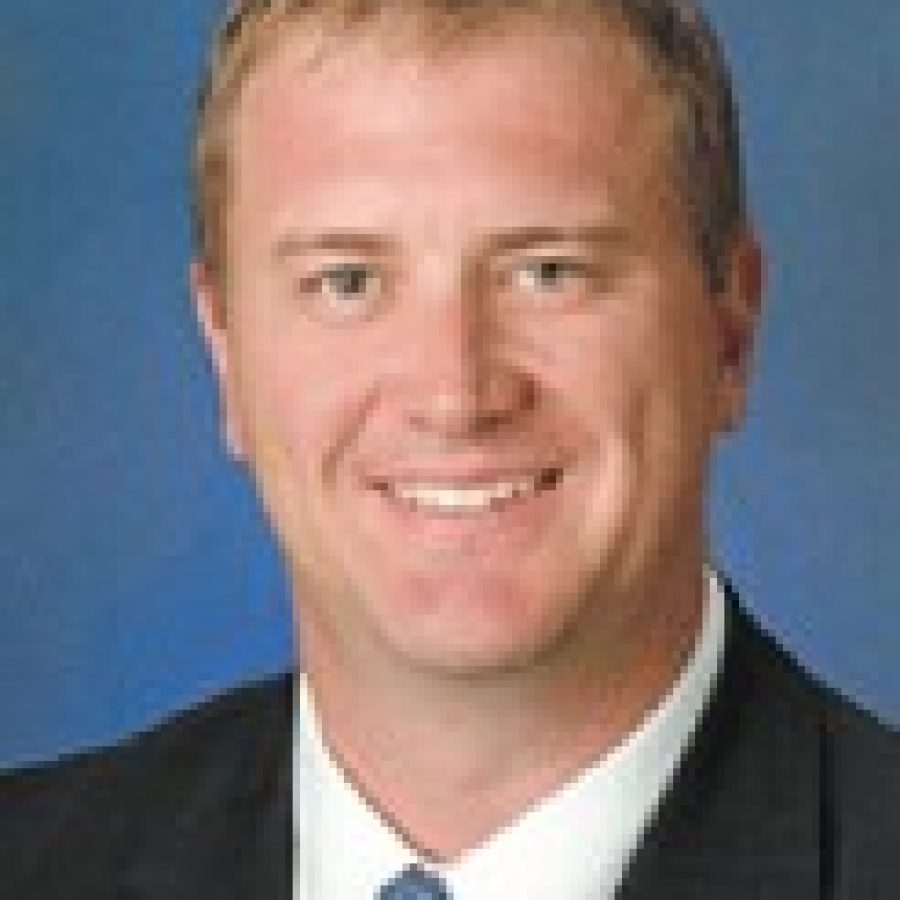 Although Sen. Eric Schmitt, R-Glendale, was rumored to be a potential candidate for Missouri attorney general in 2016, he announced last week that he will run for state treasurer instead.

Schmitt, a real-estate and business litigation attorney at Lathrop & Gage in Clayton, told the Call that he is interested in the office of treasurer because it combines two of his longtime interests, public service and economic development. Through his position as chairman of the Senate’s Economic Development Committee, he has authored two of the largest tax cuts in Missouri history — including an income-tax cut earlier this year.

“If you look at my record in the Senate and the issues I focus on, it’s a natural alignment with the treasurer’s office — I hope to be an advocate for the taxpayer,” Schmitt said.

Schmitt already has $866,000 in cash on hand for the statewide race, with more than two years to go before the election, according to the latest campaign-finance report for his campaign committee.

Schmitt, whose Senate District 15 includes parts of Sunset Hills, Crestwood and Grantwood Village, became one of the youngest members to ever serve in the Missouri Senate when he was first elected in 2008. He had no opponents when he ran for re-election in 2012.

Before he ran for the Legislature, Schmitt was an alderman in Glendale from 2005 to 2008. A lifelong resident of St. Louis County who grew up in north county, he traces his interest in public service to when he helped build Habitat for Humanity houses as an undergraduate at Truman State University.

“The idea of public service is something that’s meaningful to me,” he told the Call. “Throughout my adult life, I’ve always tried to be involved in public service as much as I can.”

Some of the ideas Schmitt said he wants to focus on if he is elected treasurer include keeping more of the state’s money in banks headquartered in Missouri, continuing to develop the state’s culture of entrepreneurship through low-interest loan programs to help small businesses and helping families save for college through the state’s 529 college-savings plans.

The treasurer can take a leadership role in those initiatives, Schmitt told the Call, and he is especially interested in playing a role in helping families save to send their children to college since he was the first person from his family to attend college, before he went on to law school.

Although the campaign for treasurer will be Schmitt’s first statewide race, he said he is ready to take on a statewide campaign since he has strong support from his wife, Jaime, and their three young children, Stephen, Sophia and Olivia.

By sharing the story of his 9-year-old son who has severe epilepsy with the Legislature, Schmitt played a key role in getting a bill passed that allows a cannabis-oil extract to be used to treat children with severe epilepsy after they have run out of other treatment options.

This year, Schmitt has also been at the forefront of some of the battles the Legislature is having with Gov. Jay Nixon over tax cuts and school transfers.

The senator was the primary author of the Legislature’s bill to cut income-tax rates from 6 percent to 5.5 percent over several years and cut taxes by 25 percent for small businesses. Schmitt said he is proud that the Legislature overrode Nixon’s veto of that measure.

“I know how important it would have been for my dad and my family. He worked seven days a week,” he said. “If he brought home more take-home pay, I know what that meant for our family and what it meant for our lives. I think about a single mom who has a little more money each week — maybe she’s able to send her kid to a different school. If you look at states that have moved in this direction, they’re seeing more take-home pay and more jobs.”

As part of a coalition of senators from the region, including Sen. Scott Sifton, D-Affton, Schmitt fought for several changes to the state’s law governing school transfers, some of which were in the final compromise agreed to by the Legislature that Nixon vetoed in June.

Although Schmitt does not know if the Missouri House will have enough votes this fall to override Nixon’s veto, he sees the bill as an example of the bipartisan compromise that many Americans say they would like to see from their politicians.

“We really worked together to try to put something together that addressed some of the key issues, like capacity issues for districts like Kirkwood and Mehlville, and it had the support of many Democrats,” he said. “The governor was silent the whole time, and the only thing he’s ever said about a bill is that he would veto it … Missourians deserve better, and those kids deserve better.”