Former Tower Tee owner Steve Lotz and Dave wave to the crowd after announcing the next band to perform.

Above: Tower Tee owner Steve Lotz and batting cages operator Dave Swatek wave ‘goodbye’ to the crowd after announcing the next band to perform during the golf course’s farewell concert Sunday. While on stage, organizers read a statement from U.S. Rep. Ann Wagner.

‘Everyone has a Tower Tee story, which is a testament to the many lives you have touched,’ Wagner said. 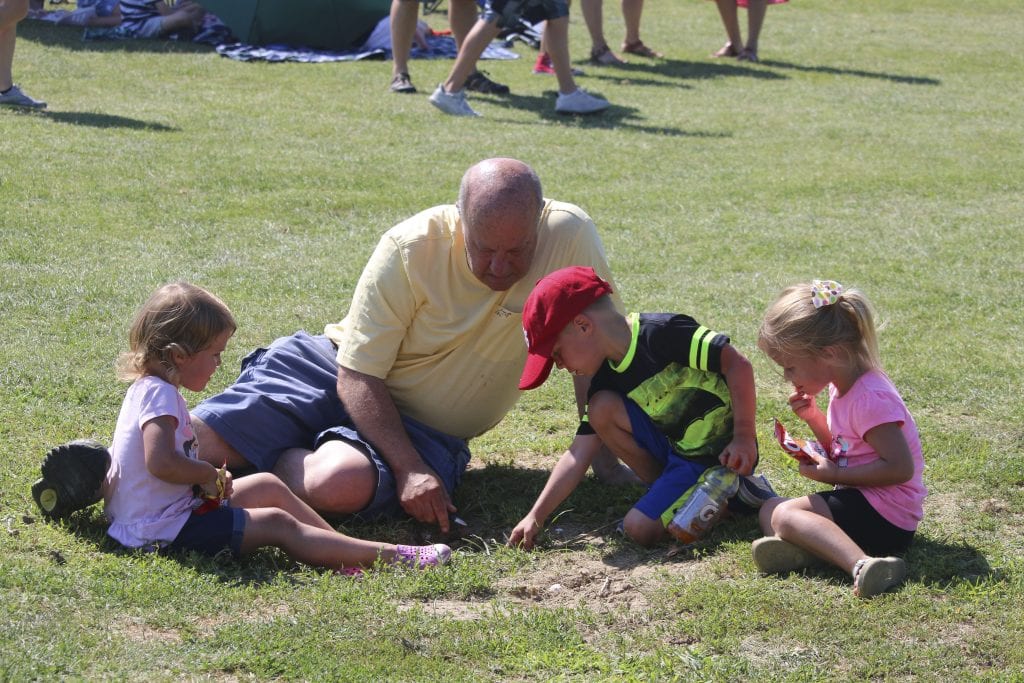 Affton golf course Tower Tee was known for its family-friendly environment where anyone could learn to play golf with just an iron and a putter. Photos by Jessica Belle Kramer.