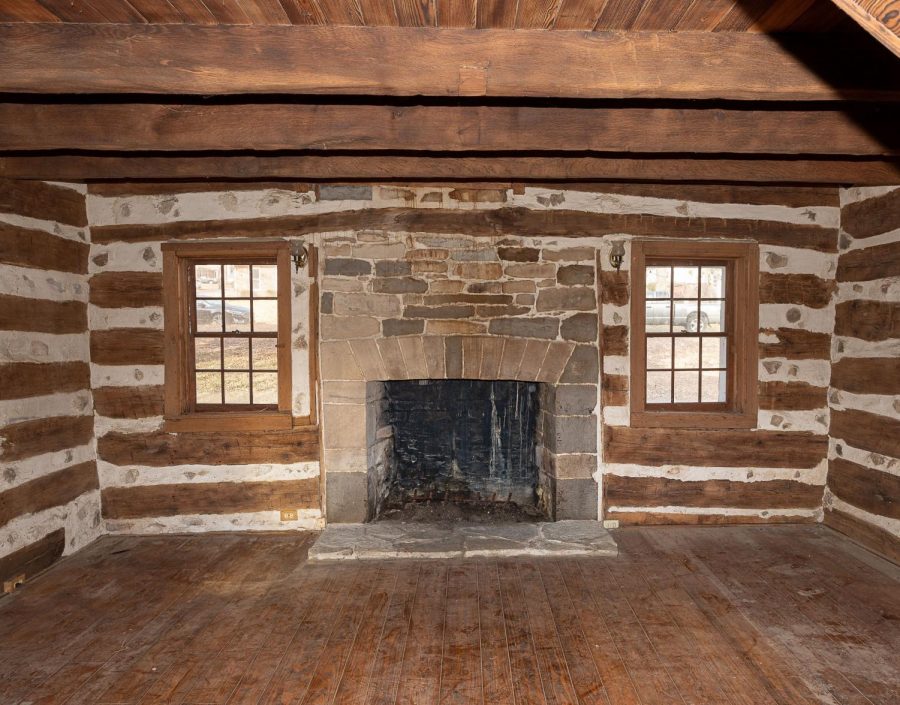 Inside the Joseph Sappington House.

Under a plan up for discussion at the Crestwood Board of Aldermen, a historic log house, pictured above, could be moved to Historic Sappington House where it would be preserved for future generations.

In what Historic Sappington House in Crestwood is calling an “unparalleled opportunity,” Jim Freund, the new owner of the Joseph Sappington house — a log cabin built in Affton in 1816 listed on the National Register of Historic Places — will give it to the city if the city relocates it. The two-story log house would have to be moved from 10734 Clearwater Drive to Sappington House Park, 1015 S. Sappington Road in Crestwood, by Aug. 1.

To make the move, Sappington House needs to raise at least $200,000. A GoFundMe fundraiser has so far raised nearly $4,000 of that goal. To donate, go to gofundme.com/f/1816-joseph-sappington-house-raising.

The Crestwood Parks and Recreation Board recommended the relocation Feb. 16, and the Board of Aldermen took up the issue March 9 and will discuss it in the coming months.

The Sappington House Foundation said in a news release that it is “committed to partner with the city to preserve another piece of St. Louis history before it is lost.”

The Sappington cousins’ houses offer a contrast from the current Sappington House Museum, which showcases the historic home of Thomas Sappington.

Thomas’ brick house, almost a mansion in its day, contrasts with Joseph’s traditional log house in such exceptional condition that it is registered on the National Register of Historic Places. The log cabin “would provide another setting where history can come to life, engaging school children and life-long learners alike. The log house fits into the comprehensive 15-year plan by providing extra educational, event and exhibit spaces, instead of constructing a modern structure as previously proposed,” the Sappington House said in the release.

Repurposing this historic building makes sense due to its architecture, but also financially, the Sappington House said, noting that “Crestwood is a relatively recent St. Louis suburb, but it is blessed with a storied history. Long before Route 66 came through, the prominent Sappington family came and settled here over 200 years ago. The Thomas Sappington House Museum is judged to be the oldest brick home in St. Louis County and it is a significant asset to the City. Adding the log home of Joseph will double the attraction value of Historic Sappington House and stimulate an upsurge in Crestwood visitors.”