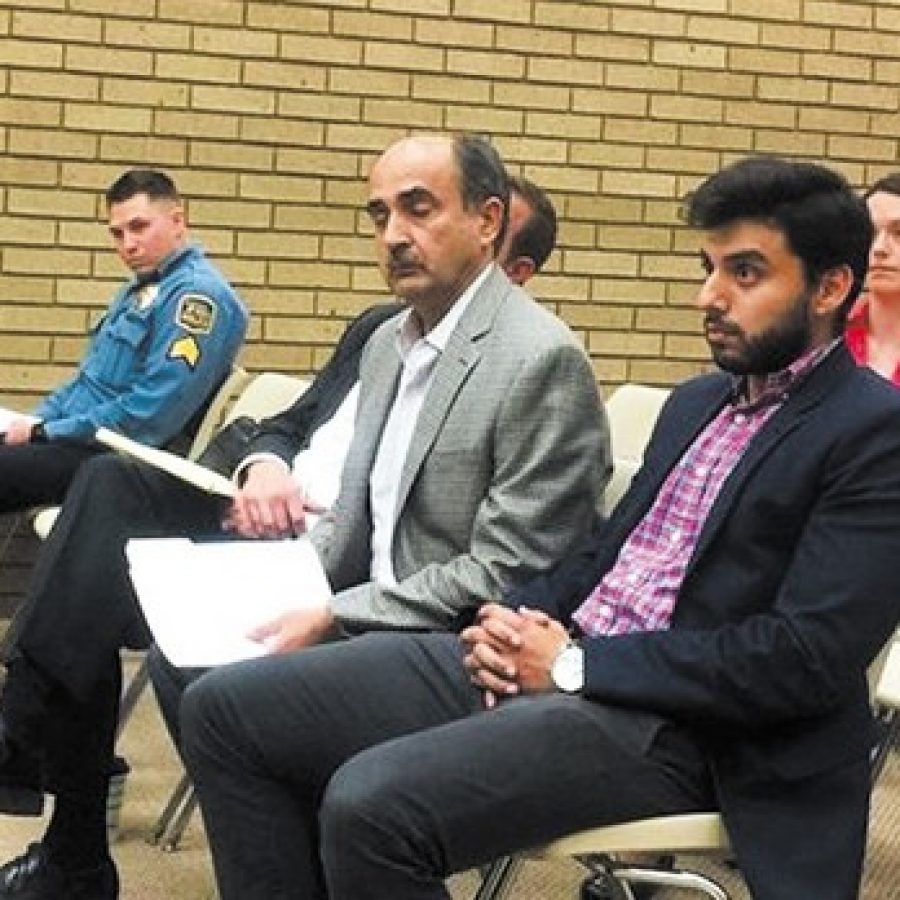 Sansone Group is looking to redevelop the Sunset Hills Econo Lodge site with a tax abatement at the same time city officials are pursuing action to shut down the infamous motel for good.

Developers are proposing two restaurants and retail at the front of the 2.5-acre site at 3730 S. Lindbergh Blvd., which is far deeper than it is wide, and a three-story self-storage facility at the back.

The Econo Lodge, now renamed the Sunset Lodge, has been operating since November under a judge-mandated receivership after the city moved to shut it down due to prostitution, meth labs and other violations that make it the highest-crime area in Sunset Hills.

Jim Sansone suggested at a work session of the Board of Aldermen last week that the project will be one of the least profitable in which his family’s real-estate development firm has ever participated.

But as the largest developer of property in Sunset Hills, everyone involved in Sansone Group believes it’s important enough to get the Econo Lodge out of the city that they are willing to take less profit on the project, he added.

The developer and the city have been working behind the scenes on the project for a year, Sansone said. The city revoked the Econo Lodge’s business license in November.

The project will get its next public airing when the Planning and Zoning Commission considers a preliminary development plan at 7 p.m. Wednesday, July 12, at City Hall, 3939 S. Lindbergh Blvd.

The project could be approved as soon as September or as late as November if it follows the typical development time line, City Administrator Eric Sterman said.

To finance the project, Sansone attorney Ernesto Segura of Husch Blackwell suggested that the city could potentially approve a Chapter 353 tax abatement, which may be used for the redevelopment of the former mall site in neighboring Crestwood.

Under Chapter 353, real estate taxes for the site may be frozen at pre-improvement assessment, with any taxes on improvements and increased value of land abated for a period up to 10 years. An additional 15 years of 50-percent abatement on land and improvements is also authorized.

If approved by the board, the potential Chapter 353 could abate all of the property taxes for 10 years and another 50 percent for five years, Segura said. But the exact terms are still to be determined.

“What we can say now is we’re going to watch it closely, and we’ll follow this to see how it could affect our future revenue for Lindbergh,” Johnston said.

The school district publicly opposed either tax-increment financing or Chapter 353 for the Crestwood mall site.

The restaurants at the front of the site could include Oklahoma Joe’s, which is based in Kansas City and is looking to expand to St. Louis, or other unique restaurants brought to Missouri for the first time like the Mellow Mushroom, Sansone said.

The redevelopment is kicking off at the same time that the city is working in Clayton to shut down the Sunset Lodge in court. The current extension of the receivership runs through July 31, with a court date set for Friday, July 28, City Attorney Robert E. Jones said.

But Sansone and city officials had conflicting news to report from their talks with the receivership operators.

“The operator now, Sunset Lodge, has made it clear to us that they intend to stay,” Sansone said. “We know that the city may have other plans, but we’re just telling you what we know. They’re current on their mortgage, and believe it or not, they recently sold out a weekend or so ago.”

But Jones later said, “The receiver’s attorney told me several times that they do not want to continue running Sunset Lodge. The bank does not intend to allow its borrower to operate that hotel in perpetuity.”

The receivership filed a notice of intent to sell the property last week, and owner Shaiq Amir filed the only objection for himself, not through his attorney, “which was interesting,” Jones said.

The court could postpone the sale in light of the proposed redevelopment of the site, the city attorney added.