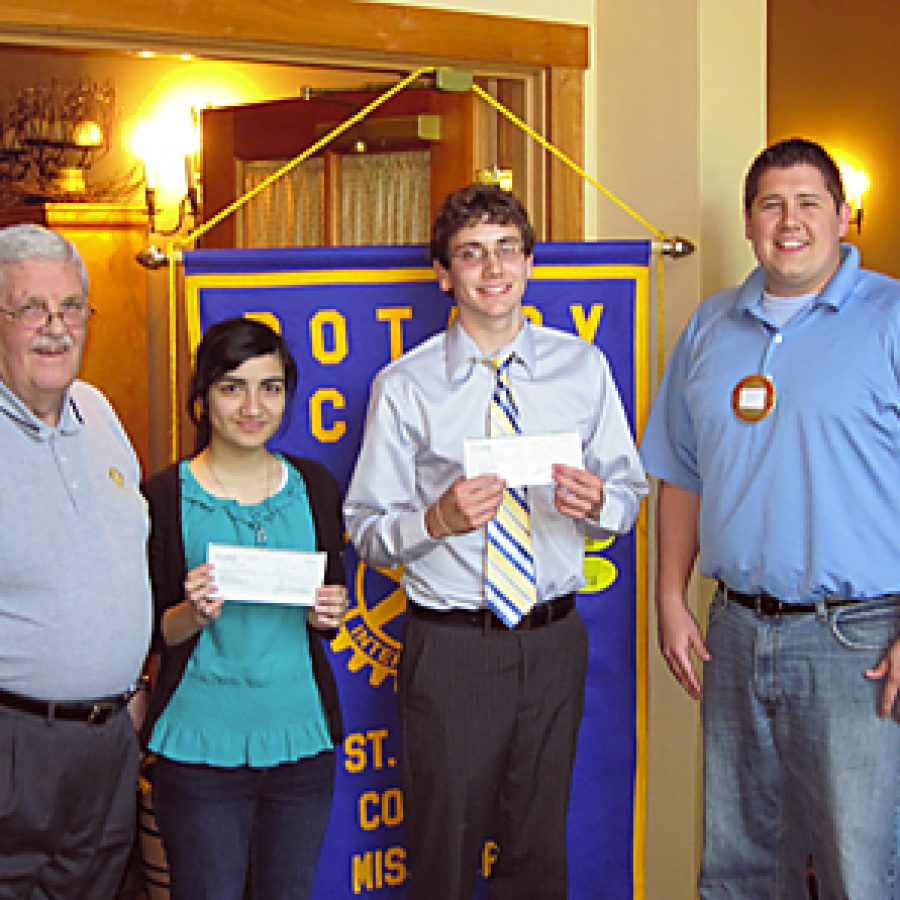 The Rotary Club of St. Louis County recently awarded scholarships to two high school students. The recipient of the Carol Allen Memorial Scholarship was Rezin Saeed, a senior at Bayless High School. She plans to attend Webster University in the fall and major in biology. The recipient of the General Scholarship was Nathan Lynch, a senior at Lindbergh High School. He will at-tend the University of Missouri-Kansas City and major in biology or chemistry. Both students eventually plan to enroll in medical school. Pictured, from left, are: Russ Rothwell, chairman of the Scholarship Committee; Rezin; Nathan; and Rotary Club President Brian Kohlberg.

Walther ranked ninth of 201 students at Vianney. He was a member of the football and basketball teams and active in Student Council and the National Honor Society. Walther received the St. Louis Post-Dispatch Scholar Athlete Award.

He plans on attending the University of Missouri-Columbia in the fall and majoring in psychology with the goal of attending medical school.

Johnson ranked eighth of 425 students at Mehlville. She was a member of the National Honor Society, the Spanish Club and the Fellowship of Christian Athletes. Johnson received the National History and Government Award.

She plans on attending Lafayette College in Easton, Penn., and intends to be an editor or college professor.