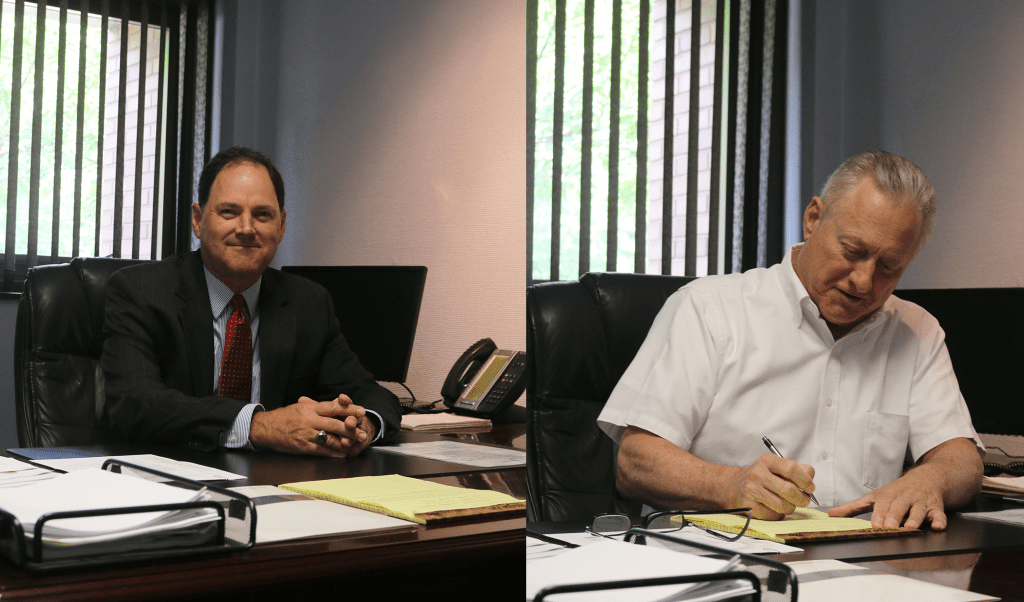 Roby issued a surprise announcement June 5 that he would resign effective 4:30 p.m. Friday, June 8, after four years in office.

Ward 4 Alderman Tony Kennedy, who has served as president of the Board of Aldermen for a little more than a month, took over as acting mayor Friday until a special election for the mayoral seat that will likely be held Tuesday, Nov. 6. Although Kennedy officially took over mayoral duties when Roby resigned, the alderman was set to be sworn in as mayor Tuesday — after the Call went to press.

Roby was first elected in 2014 for a three-year term, then re-elected unopposed in 2017. His current term wouldn’t have ended until 2020.

The mayor told the Call he is stepping down to focus on his treatments for cancer and spend more time with his family.

It was a tough decision to make because he enjoyed serving as mayor, but his daughters urged him at a family gathering the weekend before his announcement to get away from the stress of being mayor and the daily activities of meeting with schools, church groups and pastors.

“I hated to leave because when I start something I like to finish it,” Roby told the Call. “But my daughters said, ‘Dad, you’re tired all the time and it’s just too much. You just need to step aside. You’ve accomplished what you intended to accomplish, which was to get the mall torn down. It’ll be inevitable that it’ll be accomplished now.’”

Roby sees his top accomplishments as the mall demolition, the hiring of City Administrator Kris Simpson and the passage of last year’s tax-rate increase, Proposition C.

But Roby believes he’s leaving the city in capable hands.

“Tony’ll do a fantastic job,” Roby said. “He’s such an easygoing, even-keeled guy, and he understands the process. I have full faith in Tony. I have faith in everybody on the board.”

Kennedy said he has not yet decided whether he’ll run in the special mayoral election. Serving as acting mayor for at least six months will come first.

“I haven’t really thought that far in the future, all I can say is I’m looking forward to do what I can do,” Kennedy said. “We’ll just have to see how the next couple months go. Hopefully I’ll do a good job, and hopefully people will be pleased. We’ll just take it one day at a time. Constructive feedback is always welcome.”

He and his wife, Angie, have six children, who range in age from adults to high-school age.

“We’re still in the midst of raising many, many children,” Kennedy said. “But my goal is to spend as much time as needed at City Hall to sign checks and review and sign bills. I’m very well-adapted at being a multi-tasker.”

He is a senior vice president with Colliers International, and his job already takes him by City Hall half a dozen times a day, he said, so it will be easy for him to stop by as needed.

But he is taking office with an undertone of sadness, since Roby will be leaving.

“The circumstances are sad just because Mayor Roby has done such a wonderful job being mayor over the past one-and-a-half terms, and for him to have to step down for health reasons is something that none of us wanted to see,” Kennedy said. “My prayers are with him and Eileen, his lovely wife, to get through this.”

Any of the other aldermen could have also done the job if they were tapped, Kennedy said, “but I happened to be selected and I was honored. I’m glad to commit time to do whatever’s necessary.”

But in Kennedy’s mind, his job won’t be too difficult since Roby established what Kennedy sees as an “upward trend of continued success” in the city.

“Whoever took over the mayor position really is stepping into a great position just because he’s done such a terrific job, in my opinion, of putting together a wonderful city staff,” Kennedy said. “His hiring of City Administrator Kris Simpson was brilliant. I think we have a really dedicated, lean and mean but very talented administration in Crestwood and because of that I think things are running pretty darn smooth.”

The Charter requires that when the mayor forfeits the post, the president of the board automatically becomes mayor, Simpson said.

Kennedy will still be an alderman and take votes as an alderman, but he will sit in the mayor’s seat and run the meetings too, Simpson said. He will not be able to veto bills or break ties, since that would mean he voted twice on legislation.

The city last had an acting mayor when Ward 1 Alderman Richard Breeding served in the post in 2004 after former Mayor James Robertson resigned, also for medical reasons.

Simpson has only served under Roby, and the outgoing mayor considered the new city administrator’s hiring one of his top accomplishments in office.

“It’s sad. I feel terrible for the mayor,” Simpson said before Roby left office. “I could tell how much he loved being mayor, and I really enjoyed working with him.”

Roby said in his resignation letter to the Board of Aldermen:

“Due to recent changes in my health, I will be resigning as mayor of the city of Crestwood effective Friday, June 8, 2018 at 4:30 p.m. I regret having to take this action but must concentrate on my health and family moving forward.

“It has been my honor to serve with each of you and will remember all the great strides we have made as a board. I wish each of you great success in your continued efforts to make Crestwood a community we can all be proud of. I am confident that Crestwood will flourish over the coming years under your leadership. I am proud to call you all friends and thank you for your support over the last four years.”

“Gregg has been a wonderful friend and I believe a great mayor,” Ayouaz wrote.

“He did so much for our city.”

Roby initially served one three-year term on the Board of Aldermen from 2006 to 2009, representing Ward 3.

He challenged incumbent Mayor Jeff Schlink in the mayoral election in 2014, in part on a promise to “stop the stall at the mall” and move the mall redevelopment forward. Roby defeated Schlink by more than 200 votes.