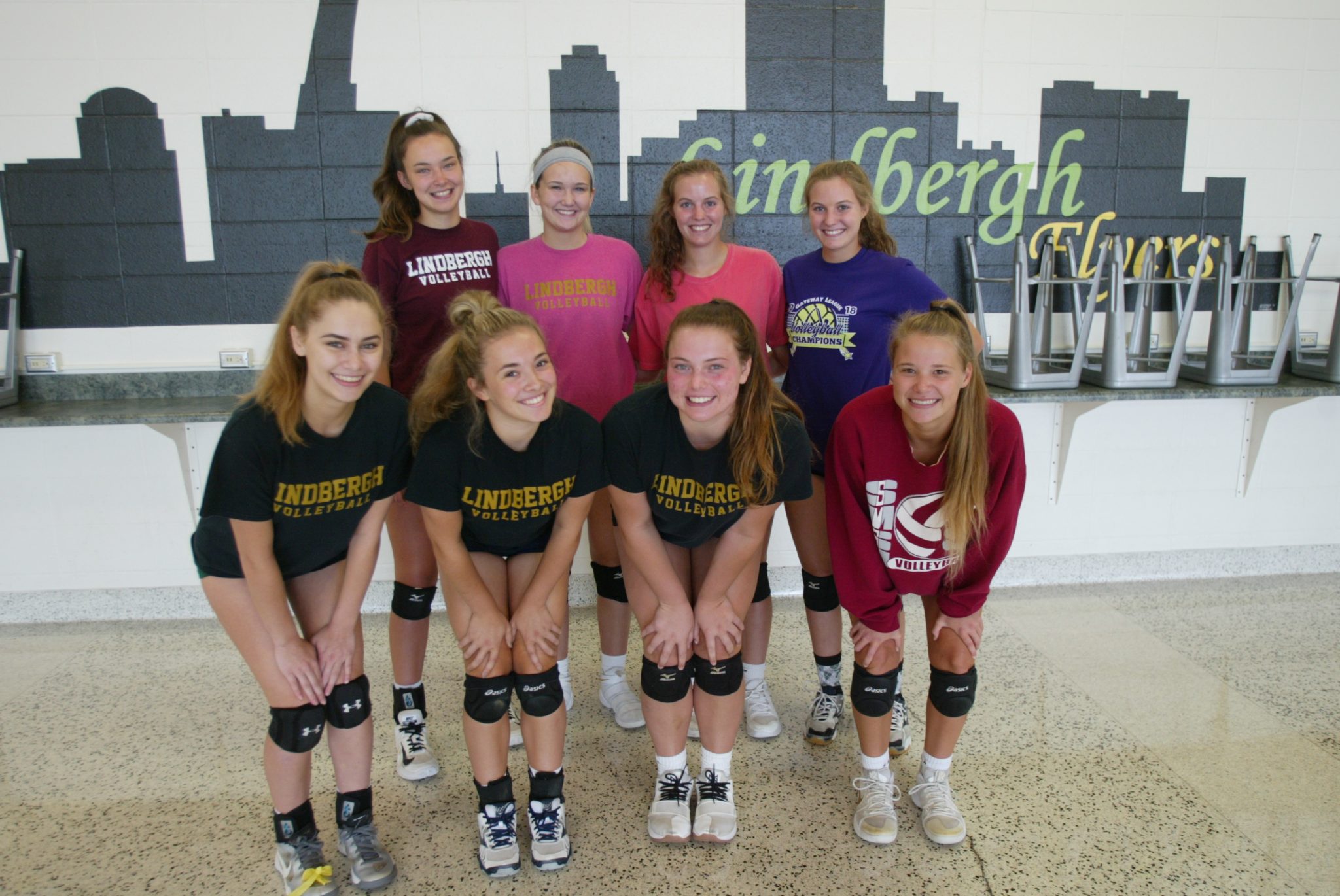 Pictured above: The Lindbergh High School varsity girls’ volleyball team has played together for a long time and is ready to see some wins this year. Photo by Bill Milligan.

“Teamwork makes the dream work,” as they say, and the Lindbergh High School varsity girls’ volleyball team appears to be ready for the 2018 season.

“This is the tightest-knit group of kids we’ve had in a long time,” Lindbergh head volleyball coach Rob Langevin said. “The girls this year have played together for a long time, and it’s visible that they enjoy playing together as a team.”

Senior Halle Frisella will serve as the team’s setter and outside hitter after racking up a team-leading 494 assists last season. Frisella also recorded 141 digs as well as 33 kills, 17 blocks and eight aces.

“Last year we realized that we didn’t have enough offense and we tried to get more from her as a hitter,” Langevin said. “This year she’s really responded well to that role, and right now she’s the best setter and most powerful hitter on the team.”

“They’re identical twins and provide us with that quiet leadership where they lead by example,” Langevin said. “They’re solid six-position players for us.”

In between everyone is sophomore middle hitter Ashley Ahrens, who was sidelined for three months of the club season with an ankle, shoulder and back injury but should give the team a “big boost.”

“She’s close to being one of the best liberos in the city,” Langevin said. “She gets to every ball nonstop and is not afraid to leave a little skin on the floor.”

Another junior to keep an eye on this year is setter/libero Baillie Kearns, who recorded 125 digs last season.

“I believe that we have two of the best defensive players in the area in Carlie and Baillie,” Langevin said. “She has wonderful hands and is one of those players with a very high volleyball IQ.”

Lindbergh opened the 2018 campaign  at Ursuline Academy on Monday — after the Fall Sports Preview went to press.