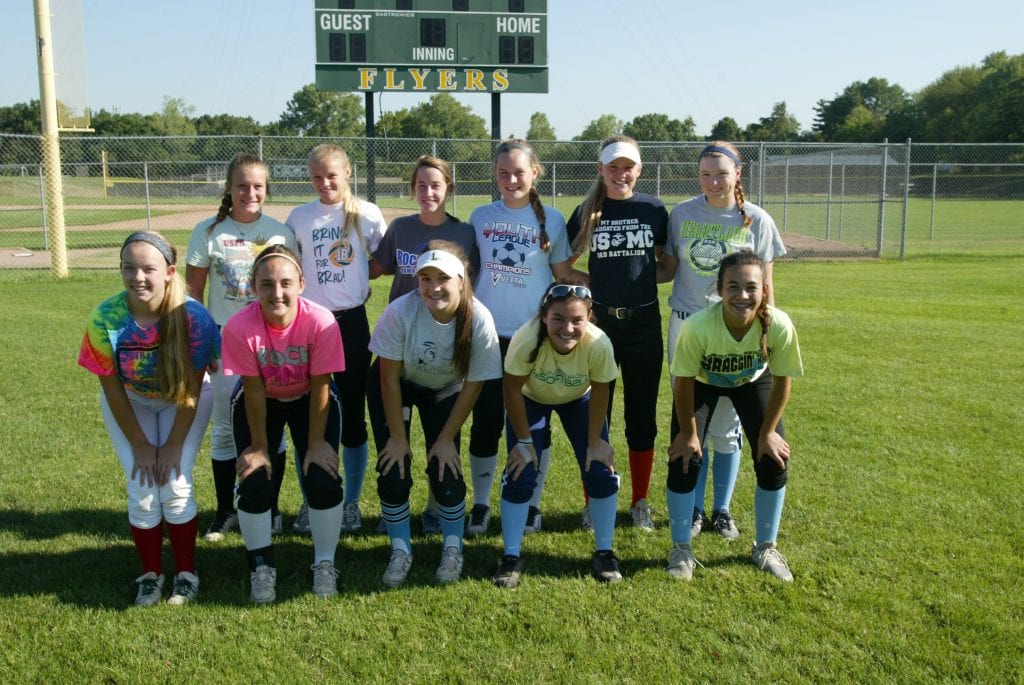 Lindbergh head coach Darin Scott believes his varsity softball team will be ‘solid’ this year with most of the squad’s starting roster from last year returning. Photo by Bill Milligan.

After a trying season for the Lindbergh High School varsity girls’ softball team last year that didn’t produce a single conference win, the Flyers will have a chance to redeem themselves this season with most of their starting roster returning in 2017.

Head coach Darin Scott said he hopes that the 2016 season was a learning experience that will provide his players with some extra drive as this year’s season gets underway.

“We struggled a little bit with pitching last year, but we have all three pitchers back, and hopefully with a year under their belt, we hope they will be better this year … We are definitely looking to get back in the conference race.”

As the new season gets underway, Scott said he feels pretty good about where his team is at and expects the Flyers be very competitive.

“I think overall we are a very strong, athletic team. It’s just a matter of competing in the circle,” the Lindbergh coach said. “Offensively, I think, we are very strong. We are going to be strong defensively, but offensively we can hit up and down the lineup. We’ve added some more depth. We’ve got some more speed coming in.