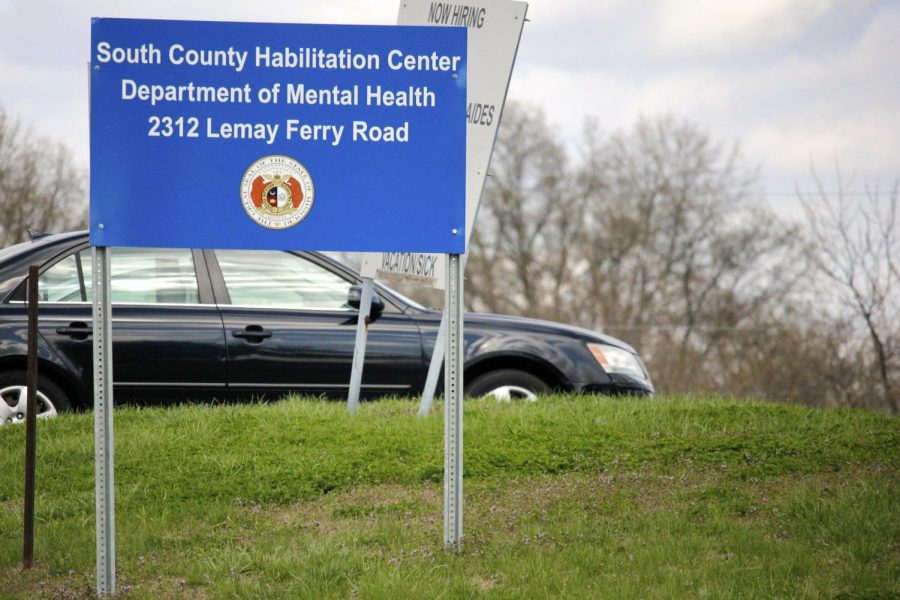 At the time this photo was taken in March, three residents and an employee at the South County Habilitation Center had tested positive for COVID-19, the first officially confirmed cases in South County.

St. Louis County is loosening restrictions on senior facilities at the same time that newly collected data showed that most of the deaths in St. Louis County from COVID-19 have been nursing home residents.

The numbers show that nursing home residents have comprised nearly two-thirds of the deaths in St. Louis County due to COVID-19.

Originally, nursing homes were not required to report their case numbers to St. Louis County, but the county started requiring it in May. The numbers show three severe outbreaks in South County, two of which were previously reported by The Call. But most of the cases happened outside of South County.

The data confirmed a 76-case outbreak at Nazareth Living Center in Oakville that had been previously reported, but also reveals a previously unreported outbreak of 54 cases at Green Park Senior Living Community. The South County Habilitation Center, a state-run group home for the developmentally disabled, had 12 cases and two deaths. Delmar Gardens Meramec Valley in Fenton has had 73 cases.

If a facility had fewer than five cases, exact numbers were not given to protect privacy, the county said.

Out of 144 licensed long-term care facilities in St. Louis County, a dozen had more than 40 cases and count for most of the totals, including Nazareth and Green Park.

Out of 1,411 total cases in the county among nursing home residents, 305 of those patients have died, the county said. In all, 71 facilities have had coronavirus cases out of the 144.

The county’s report did not have data on how many deaths happened at each facility.

From Eureka to Town and Country to Berkeley, every corner of the county had cases.

In South County, Delmar Gardens South has had six cases.

Several homes along or near Watson Road in Shrewsbury were hard-hit, including 36 cases at the Mary, Queen and Mother Center, eight cases at the Regina Cleri home for retired priests and fewer than five cases at the Mother of Perpetual Help Residence.

If a center did not appear on the list, it had not reported any cases, a county spokeswoman said.

Nazareth Administrator/CEO Cindy Woods said that the outbreak happened at Nazareth despite the senior center doing everything it could to combat the virus.

Talking during the outbreak, she said that most residents were recovering except for the hospice and palliative care patients “who were so compromised that they didn’t have any strength to fight.”

Most patients were “recuperating, they are doing well, we’re very excited about that.”

Woods said that the senior living facility had followed all the guidance from federal authorities, but the virus still got in.

“We did not invite this into our building, we did everything we were supposed to do,” Woods said.

“And I know how it got in, it got in through an asymptomatic employee. It was nobody’s fault. There were just things that were unknown about the virus.”

St. Louis County has a volunteer “High Risk Task Force” of doctors and nurses who are sent “at a moment’s notice” into nursing homes that have had an outbreak, providing advice, personal protective equipment, testing and deep cleaning within 24 hours of an identified outbreak, County Executive Sam Page said.

The county has provided more than 20,000 masks to those facilities and provided them with guidance months ago on how to avoid the spread of COVID-19.

But 3rd District Councilman Tim Fitch said on Twitter that he asked the county two months ago for data on deaths in nursing homes, and how that compared to the county total and was told that nursing homes were reporting to the state, not the county.

He believes that the county could have taken a different direction with its stay-at-home order if officials had realized that so many cases and deaths were in nursing homes, rather than the public at large.

“I started asking for this information 2 months ago when CE Page was shutting down our economy. Our Health Dept. said they had no idea. Two-thirds!” Fitch tweeted.

Visitors will be allowed

Recognizing that social isolation in senior centers is growing as months pass with residents not allowed to visit with their families, Page announced last week that he was issuing new public-health guidance that would allow visitors inside to see residents at senior centers that do not have assisted-living or nursing-home facilities.

The visitors to senior centers will be screened in the same way employees are screened as they arrive at work with temperature checks and questions on symptoms.

Examples of group homes that now could allow visitors would include independent-living centers or senior apartment complexes.

But assisted-living facilities and nursing homes still could not allow visitors inside except for end-of-life situations, Page said.

Under the new order, assisted-living centers can host visitors on the property outside their building, while requiring social distancing.

If a facility has many different levels of care, they will have to follow the more restrictive rules for any common areas where residents from different wings might be mixing.

If common areas are not shared, the facility can go by whatever rules govern the type of senior housing that uses the common room.

Page said that despite the county COVID-19 deaths concentrating in nursing homes, social isolation of the elderly is also something that has to be taken into consideration.

He said health officials will look for “creative ways” in which families can be reunited with their loved ones safely.

The new guidelines were developed in close interaction with medical professionals, Page said. The county Department of Public Health will continue to monitor COVID-19 cases and transmissions, he said.

See the report below: