Felton elected vice president; Powers to be board secretary. 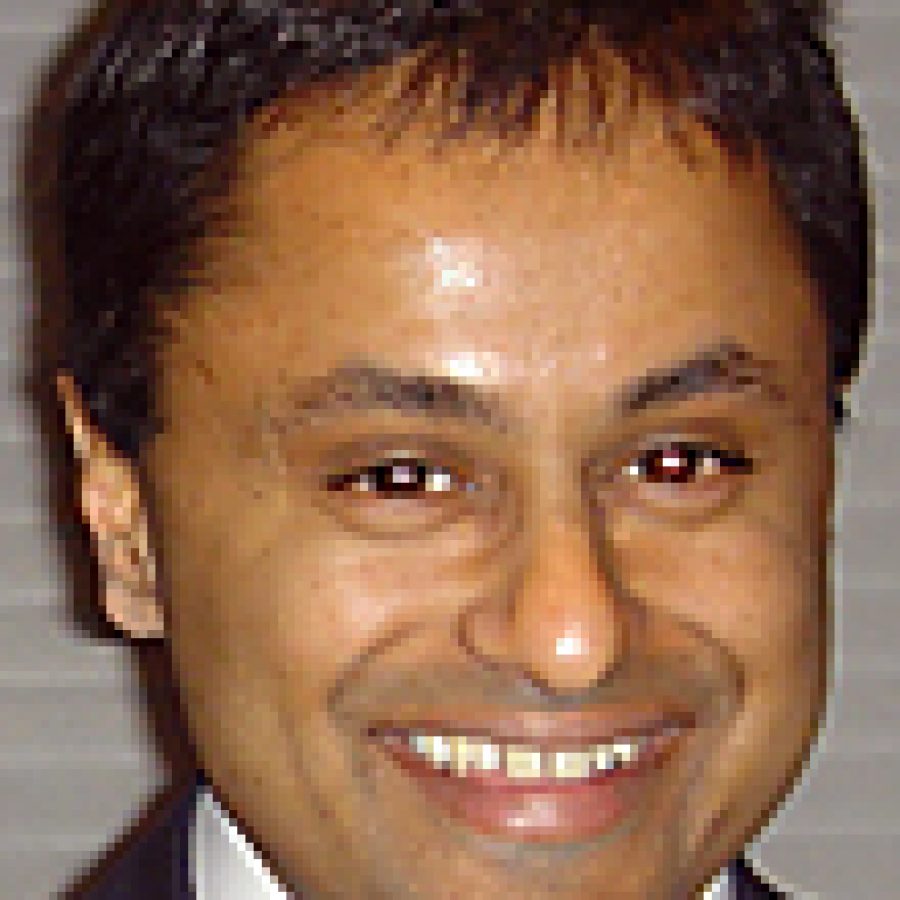 Restoring the Mehlville School District’s credibility should be the Board of Education’s top priority, according to newly elected President Venki Palamand.

Palamand edged Larry Felton in a 4-3 vote for the presidency at the board’s annual reorganization meeting last week after new members Elaine Powers, Rich Franz and Mark Stoner took their oaths of office.

Powers, Franz and Stoner were elected April 5, defeating six other candidates for seats being vacated by Drew Frauenhoffer and Erin Weber, who did not seek re-election, and the seat formerly held by Karl Frank Jr., who resigned in November.

Board member Micheal Ocello nominated Felton, formerly board secretary, for the presidency and voted for him along with former President Tom Diehl, who’d served in that position since 2007.

Franz nominated Palamand, formerly board vice president, and voted for him along with Powers and Stoner.

Both Felton and Palamand voted for themselves. They were elected to the board in 2007 and were unopposed for re-election last year.

Palamand told the Call that Mehlville has gone through a period of transition since the defeat in November of Proposition C, a proposed 88-cent tax-rate increase.

Besides the election of three new board members, Ocello announced in February that he plans to resign from the board and move out of the district.

In addition, Superintendent Terry Noble will retire at the end of the school year.

Further, district administrators are preparing a 2011-2012 school year budget that likely will incorporate roughly $4 million in cuts due to flat or declining state and local revenues.

“(T)he next few years will be challenging for Mehlville, as well as all public school districts in Missouri,” Palamand told the Call. “However, with the addition of three new board members, along with the appointment of a fourth in a few months and new district leadership, we can finally put Prop C in the rearview mirror and work to restore credibility with the community and voters.”

He added, “We need to get back to the business of governing and doing what Mehlville does best: providing the greatest return on investment of taxpayer dollars in the state.”

The board voted 4-3 last week to elect Felton its vice president over Powers.