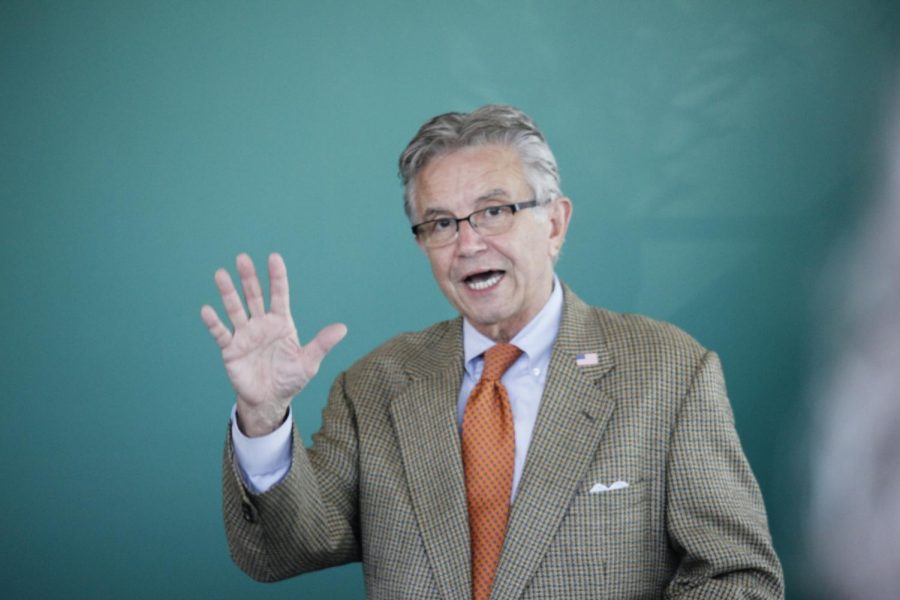 St. Louis County residents were able to give their thoughts on how the county should spend federal funds from the American Rescue Plan Act at a town hall meeting at Grant’s View Library Branch March 16.

ARPA was created by the federal government to help offset the effects of the COVID pandemic. The bill allocated $350 billion for state and local governments to spend in a variety of categories.

The county originally received $193 million in July, and now with just $83 million remaining, the county is looking for community feedback for spending ideas.

Presenters provided an approved list of what remaining money could be spent on, and what it has been spent on so far. ARPA stipulates that any of its funding must be for people or services impacted by the pandemic in seven categories — negative economic impacts, premium pay, public health, administration, infrastructure, revenue replacement and services to disproportionately impacted communities. Of the appropriated funds so far, revenue replacement has taken up nearly 80 percent at $84 million dollars.

A large portion of the citizens in attendance were from a neighborhood off Ringer Road called Mattese Meadows in Oakville. These citizens were at the town hall to raise concerns about the neighborhood’s sewer system.

Dan O’Neill, a Mattese resident, stated the homes were built in the 1950s and include almost exclusively septic sewer systems with most leading into a central storm sewer. The pipe is cracked and leaking, which has caused sinkholes and collapsed streets/curbs. O’Neill stated the sewer dumps into nearby Mattese Creek, and raw sewage has been observed in the area.

“Three times over the last 35 years or so, (the Metropolitan St. Louis Sewer District) has come out, surveyed and come up with plans to bring in a sanitation sewer. However, a majority of the residents must vote to approve the project and incur the costs for MSD to implement. The last time a proposal was presented, the cost was uncertain but – as I recall – estimated to be between $24,000-$30,000 per household, or about $1.4 million overall,” O’Neill said in an email to The Call. “Many of the people living in Mattese Meadows are past retirement age and cannot, or will not, afford that, i.e. they will not vote themselves that kind of financial albatross. Since their homes drain into the storm pipe, it doesn’t show up in their yards, i.e. out of sight, out of mind.”

Sixth District County Councilman Ernie Trakas, who was a panelist at the town hall, has been pushing for unincorporated St. Louis County to receive its “fair share” of ARPA funds since it was announced. In November he proposed a plan that would have given $62.5 million to the 6th District for ARPA eligible projects. Trakas said that number is unrealistic now, but he is still fighting for funding.

“It’s my opinion that the bulk of ARPA funds that are left need to go to unincorporated St. Louis County. I’m going after as much of that $83 million as I can,” Trakas said.

In response to Mattese Meadows residents’ concerns, Trakas said the priorities for whatever money he can get are in this order — sewer and stormwater, small business economic assistance and childcare.

Damon Armeni, senior manager at Deloitte Consulting Firm, said the federal infrastructure bill has money set aside for sewer issues, so there are more chances for Mattese Meadows to get its septic system hooked up to the county sewer system.

Most county representatives in attendance said the best way citizens can make their voice heard regarding ARPA funds is through the online survey, which had several sections breaking down each eligible category. Trakas said outside of the survey, citizens should attend County Council meetings and speak about what they believe the funds should go towards.