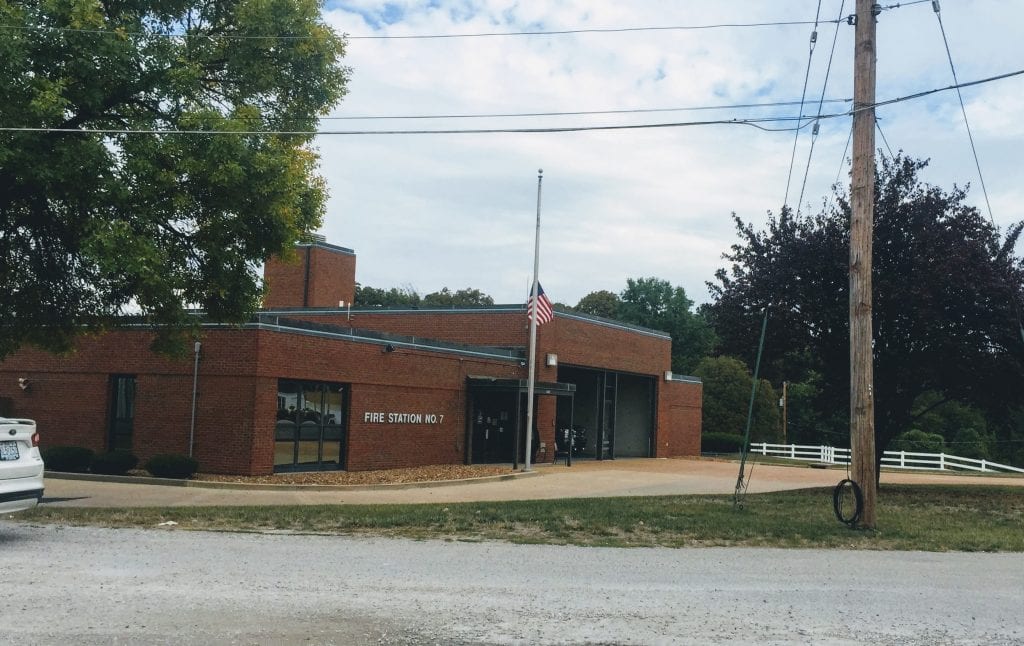 Roy Mangan of Mehlville Fire Protection District architect Archimages outlined to the Board of Directors Jan. 10 a series of proposed renovations to House No. 7 at 5501 Old Lemay Ferry Road.
“… Giving you kind of a scope of work that we’re doing at the house, we’re renovating the existing restrooms and locker area. On the east side, we’re taking the large dormitory-style bunk room and converting that into two individual bunk (rooms),” he said. “We’re actually taking the area where you have your gear in the apparatus bay and we’re segregating that off for ventilation so that we’re keeping the carcinogens out of the gear itself, creating its own mechanical exhaust and supply.
“And then we’ve got some minor upgrades to the mechanical systems for (the) gear room and also some electrical upgrades for that project …”
House No. 7 was constructed in 1981 and is showing signs of age, necessitating the renovations, Chief Brian Hendricks said.
“This will give individual bunk rooms. It’s continuing with the model that we have in place trying to give the crews privacy,” he said. “One of the biggest hurdles I think we’ve faced is with the electrical engineers and the fact that this building is rather old and to address generator issues … Currently when that building goes on generator power, you lose all heat, AC, and it’s just the way that it was designed back then.
“So we’re addressing all those issues. We’re updating the (electrical) panels. I don’t see a reason to address this building as a whole for years to come. It’s in a good position, and I think there’s really no reason to attack a whole new project. I think this will service our needs for years to come …,” the chief added.
Board members authorized Mangan to seek bids for the renovation project.
Bids are due by 4 p.m. Feb. 21 and will be opened by the board when it meets at 5 p.m. that day.