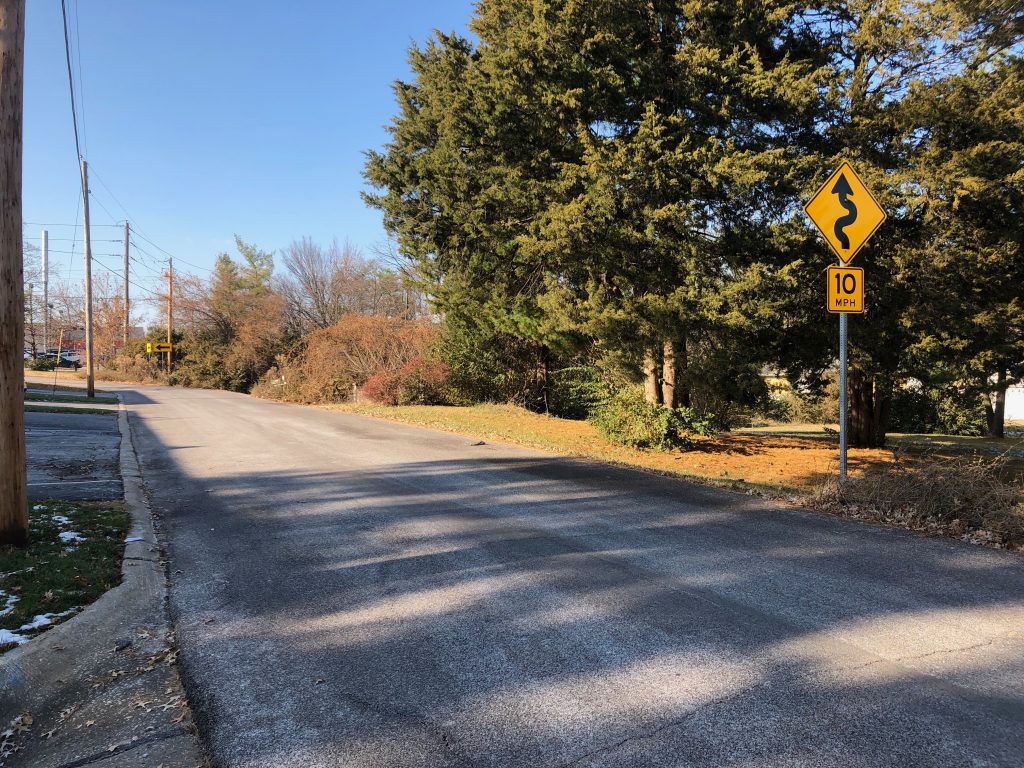 The proposed location of Adworth Senior Living at 1250 and 1301 Adworth Drive.

Plans for more senior housing in South County appear to be dead after the latest complex failed rezoning with a rare tie of the St. Louis County Council.

Sixth District Councilman Ernie Trakas, R-Oakville, who represents the area and opposed the complex, urged fellow council members to vote against Adworth because of preexisting stormwater issues at the site that could get worse for neighboring property owners. He alleged those neighbors were not allowed to speak at the latest Adworth council subcommittee hearing.

Despite some stormwater concerns from county planners, the St. Louis County Planning Commission voted 7-0 in November 2019 to recommend Adworth for approval, but at Trakas’ urging, the council used the power of review and sent the project to the council’s Public Improvements Committee, or PIC.

In January, the PIC directed changes to how stormwater would be handled. In a delay caused by the COVID-19 pandemic, the PIC met Sept. 14 via videoconferencing to review Adworth one more time. The developer made several changes to the plan in response to council concerns from January. But Trakas was unable to attend.

The company originally asked for a 71-unit senior facility with 50 assisted living units, a theater and 21 memory care units. The building would have varied in height between two and three stories.

Under the new plan, however, the entire building would rise three stories and shrink its footprint by 34 percent, moving away from the property line to 110 feet instead of 81 feet and more landscaping.

The biggest concern in hearings was that the proposal could increase ponding and stormwater runoff, draining south to north.

“Those (new) plans were based on the initial concerns that we understood with the adjacent property owners to the north. … They’re having dramatic ponding issues, stormwater flooding issues,” the developer’s civil engineering design consultant Paul Boyer said Sept. 14. “The problem is the water has been pooling and ponding … and raising obvious concerns for the neighbors to the north.”

Boyer said that after consulting with the Metropolitan St. Louis Sewer District, which governs stormwater on new projects and does not allow developers to increase stormwater on a site, engineers added even more stormwater storage to the plan in a below-ground basin “with the intent being we would actually detain the entire storm (event) for our site and then we’ll slowly release it” after the storm passes, said Boyer. “It mitigates the amount of water that is entering the system from the site.”

Clancy noted that stormwater is an existing problem: “Is there any reason to think that actually this could make some of the preexisting issues better?”

“I believe it will alleviate a lot of the concerns,” said Boyer. “… We’re not going to worsen it, but there’s a hypothetical that we could improve it.”

With the smaller footprint, the total impervious area would have decreased from 57 to 48 percent — which typically improves stormwater retention.

“If we approve this project and if the water mitigations … don’t suffice … are we on the hook liability-wise?” asked Fitch. “We knew this going in that there could be potential (liability) for the county if we approve this and then something bad happens.”

“The county has been subject to such lawsuits in the past,” said Assistant County Counselor Genevieve Frank. “We would prefer to not give legal advice in open session.”

“I think I heard my answer in your response,” replied Fitch.

Fitch also objected to the fact that the council would no longer be able to review the project if it approved the CUP. Instead, conceptual plans would go to MSD for further approval. If MSD requires anything to be changed or reviewed, that task would fall to county staff rather than the council. Fitch wanted the matter held to give time for Trakas to weigh in, but PIC Chairwoman Days said that they had waited long enough.

“Is there such a thing as waiting?” Fitch asked.

But Trakas said Sept. 23 that the committee did not give an opportunity for neighbors to speak, and requested that the proposal be sent back again to committee.

“Even with the improvements, significant water runoff will go from this project directly onto adjoining properties … causing flooding,” said Trakas. “I’d ask that the motion be withdrawn, that the committee reconvene to hear these constituents before taking any action. … Short of that, I urge my colleagues to vote no on this motion.”

“I defer to the district council person,” who has to face re-election, Fitch said as to why he voted “no.” Trakas was re-elected Nov. 3 in a race against Rep. Bob Burns.