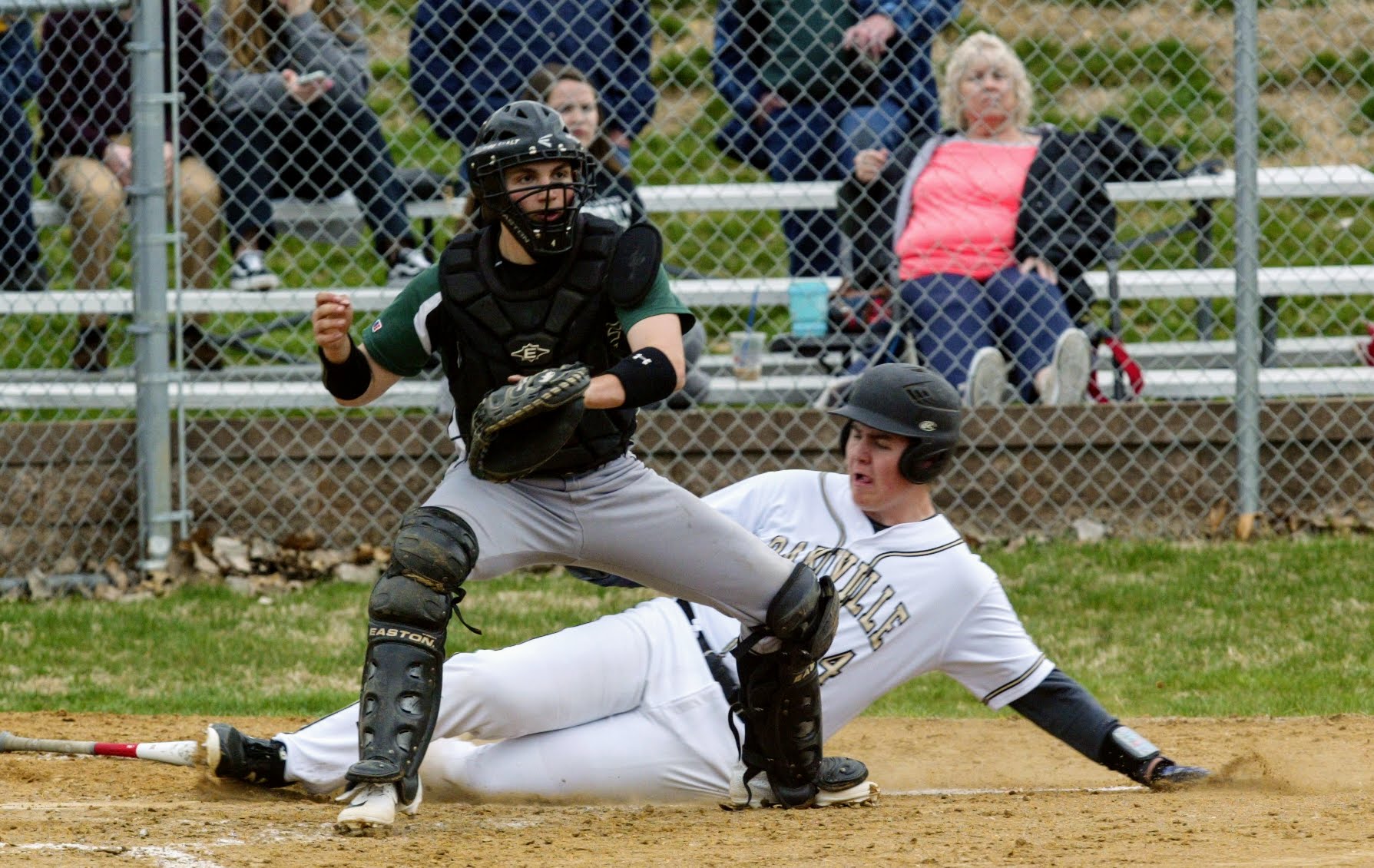 Sometimes Mother Nature decides when a game is over.

That was the case last week when the Oakville Tigers battled Eureka to a 1-1 draw after 11 innings of play. The meeting between the Tigers and the Wildcats was suspended due to lightning and thunder in the area and will be continued at a later date.

“Eureka has some arms and they kept us off balance the entire game,” Oakville head coach Rich Sturm said. “The thunder came in around 7 p.m., and that’s what kept us from finishing the game.”

Oakville starting pitcher James Whitman drew the no-decision after battling for six innings while giving up just one run on four hits. The junior hurler retired five via strikeout and walked just two as his ERA dropped to a solid 2.62 this season in four games pitched.

Senior relief pitcher Tommy Purschke made an appearance for the Tigers in the seventh inning and was outstanding as he kept Eureka hitless over four innings pitched. Purschke gave up two walks and recorded four strikeouts in his fourth showing of the 2019 campaign. He’s currently 0-2 overall with a 2.75 ERA.

“Tommy was our starting pitcher in the first game of the season and has been a reliever ever since,” Sturm said. “This was the hardest that I’ve seen him throw all season long. He really commanded the strike zone.”

Oakville designated hitter Jack Anderson drove in the Tigers’ lone run of the game in the top of the third inning as he drove in Whitman. The sophomore DH is currently batting .272 with a team leading 12 RBIs.

“Jack is a strong kid that’s a good hitter,” Sturm said. “He drives in runs and provides us with a little something in the middle of our lineup.”

The Tigers are back in action Thursday, April 18, as they travel to Kirkwood (7-1) for a Suburban Conference showdown with the Pioneers. Kirkwood is currently riding a five-game winning streak after disposing Lafayette 4-3 April 11.

“Kirkwood is not in our district so I really haven’t been able to take a good look at them,” Sturm said. “Traditionally, they’re a good program and I anticipate it being a tough game.”

Oakville’s meeting with the Pioneers is slated for a 4:15 p.m. start.