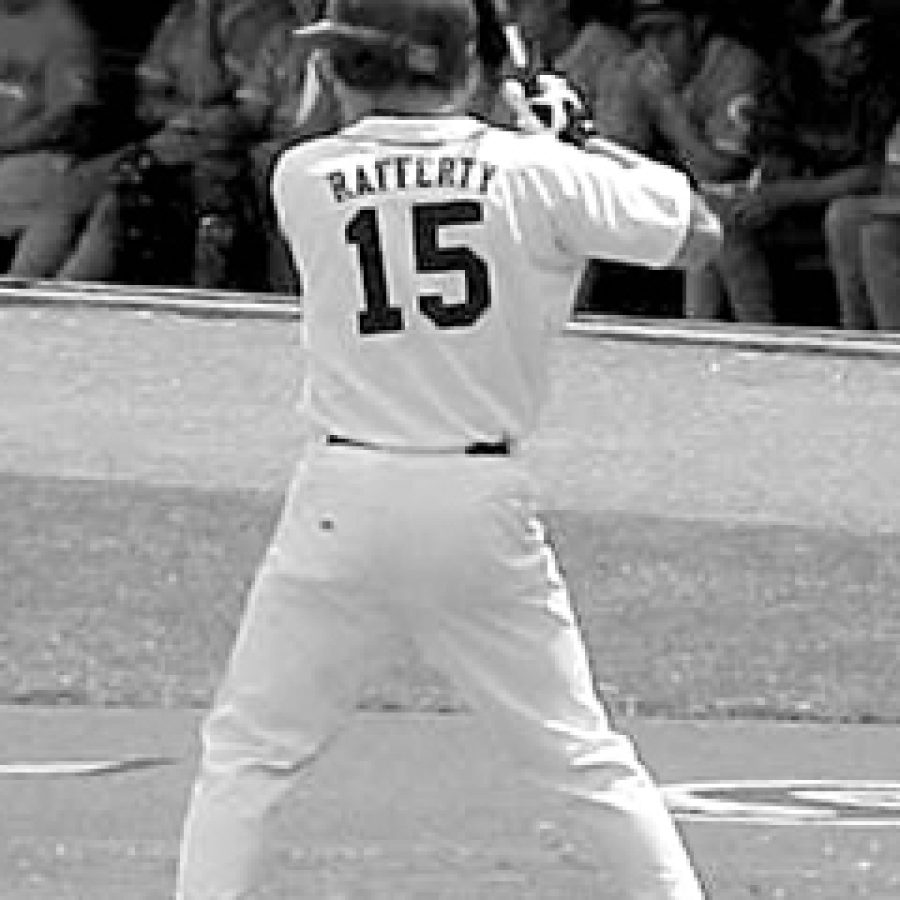 Southwest Missouri State junior first baseman Tim Rafferty has been named Missouri Valley Conference Player of the Week for the final week of the regular season.

Rafferty, a native of St. Louis and a product of Oakville Senior High School, led the Bears to five victories in May and a season-ending 11-game winning streak over the last three weeks of the season, according to a news release.

On May 19, he had the game-winning hit, a one-out, bases-loaded single, in the bottom of the 10th inning to give SMS an 8-7 win over Northern Iowa at Hammons Field.

Rafferty then provided the big blow in the May 21 win over UNI when he had a three-run double in a decisive six-run fifth inning in the Bears’ 6-2 victory. Rafferty belted his first home run of the season in a win over Southeast Missouri State on May 17.

Rafferty received his bachelor’s degree this spring and will be going back for one more season and will complete his master’s degree, according to the release.