Pushback on Page: Legislators want pandemic orders under state instead of county 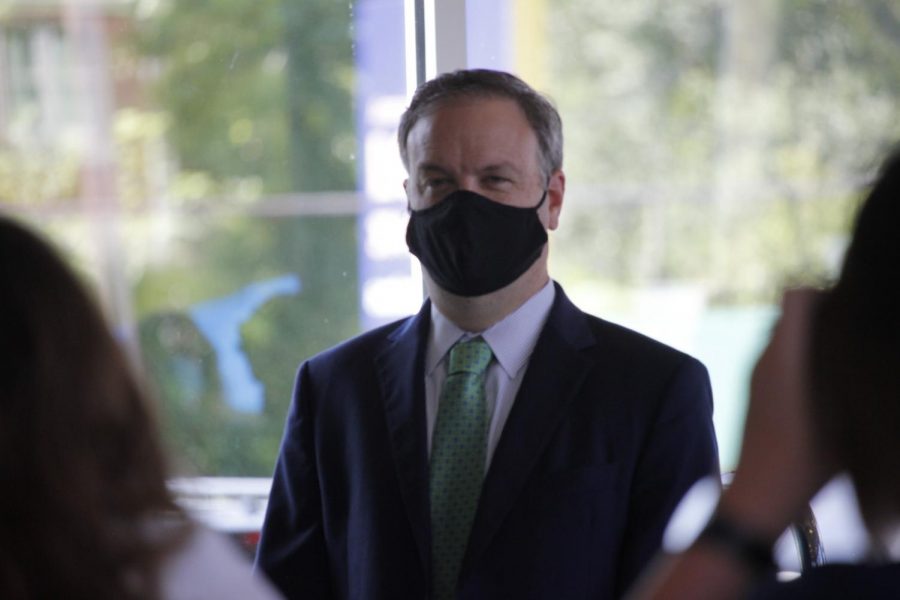 South County state legislators led by Sen. Andrew Koenig are filing emergency legislation to take power away from counties when it comes to public-health orders like those St. Louis County has repeatedly issued during the COVID-19 pandemic this year.

The legislators are targeting the state statute that allowed County Executive Sam Page, a Democrat, to issue a two-month stay-at-home order in the spring as the pandemic first hit, then another four-week stay-at-home advisory that could expire Dec. 15. As part of the latest order from the county Department of Public Health, Page issued an indoor dining ban, a broader mask mandate and a stay-at-home advisory.

Satchmo’s was one of the restaurants, along with Bartolino’s South, that challenged the indoor dining ban in court, but a judge ruled that state law grants local counties broad emergency powers. The flurry of bills filed by Koenig, Murphy and Gregory aims to take away that power.

“No one person should have the power to make law and shut our businesses down,” Koenig said while questioning the data behind the decisions, including whether local hospitals are really at capacity.

Under Koenig’s bill, a local leader could issue up to one two-week emergency shutdown over two years, but anything more would have to be approved by the Legislature and signed by the governor.  There could be no restrictions on religious institutions, any business owner shut down wouldn’t have to pay property taxes and there could be no restrictions on private gatherings.

Page responded that although he is a medical doctor, he doesn’t make the decisions on public-health orders alone, but in consultation with the St. Louis Metropolitan Pandemic Task Force comprised of the major hospital systems, doctors with the Department of Public Health and infectious disease specialists. Their consensus opinion leads to a new public-health order.

“The political narrative that one person is making all of these decisions — the politics and politicizing of this pandemic has to (stop), it should have never happened from the beginning and we’re in this as a country and as a region because of the way this was politicized when the pandemic first hit us,” Page said. “… These are not arbitrary, they are not made by a single person. That is a political narrative.”

Page initially responded to the legislators by noting that thousands of bills are filed each year and only a few dozen make it to the governor’s desk. But the legislators said that the GOP caucus is prioritizing their bills, perhaps even as emergency legislation during a special session that was delayed by a COVID-19 outbreak among GOP senators after a retreat where senators including Koenig were seen not wearing masks. He said he does support wearing masks.

Koenig, Murphy and Gregory were re-elected in November. Each responded to a Call questionnaire during the election that they do not support a statewide mask mandate. Page won election victories twice since enacting the spring stay-at-home order. Koenig acknowledged that voters may have supported Page’s decisions, but said a “constitutional republic” cannot be overseen by “mob rule.”

Gregory, who also wore a mask when he wasn’t speaking, called Page’s public-health orders a “complete overreach” and “complete abuse of power” that will be fixed: “Get excited, St. Louis County, ‘cause we’re not going away, we’re not giving up, we’re doing everything we can to pass this bill and pass it as soon as we can.”

Council resolution has no power

The County Council passed a resolution Dec. 1 supporting a mask mandate but otherwise stating that the council has power over public health and does not issue any more orders. Page said the resolution is only symbolic and has no power, but he said that if it did have any sway, it would have wiped out every public-health order he has issued since March, including the current stay-at-home advisory and indoor dining ban along with mandated quarantines, restricted capacities, contact tracing, mandates that positive tests be reported to the county and requirements on schools and nursing homes.

“Unfortunately it seems like some members of the council did not fully understand what the resolution would do if it were legally effective,” Page said.

Koenig first publicly took on Page when the county executive asked residents not to gather with family members outside their household for Thanksgiving. Koenig immediately objected on Twitter, writing Nov. 12, “Telling families they can’t gather for Thanksgiving in their private home is unacceptable and only something a tyrant dictator would do. I will be having #Thanksgiving with my family. Come and get me @DrSamPage.”

In response, Rep. Sarah Unsicker, D-Shrewsbury — who represents Crestwood in the state House — tweeted to Koenig, “Or maybe, in unprecedented times, it is a necessary measure that protects public safety. Only a tyrant would encourage things that lead to this,” with a link to how a 48-year-old father of five with a fast-growing brain mass in rural Missouri couldn’t get a hospital bed in intensive care for 25 hours due to the lack of capacity.