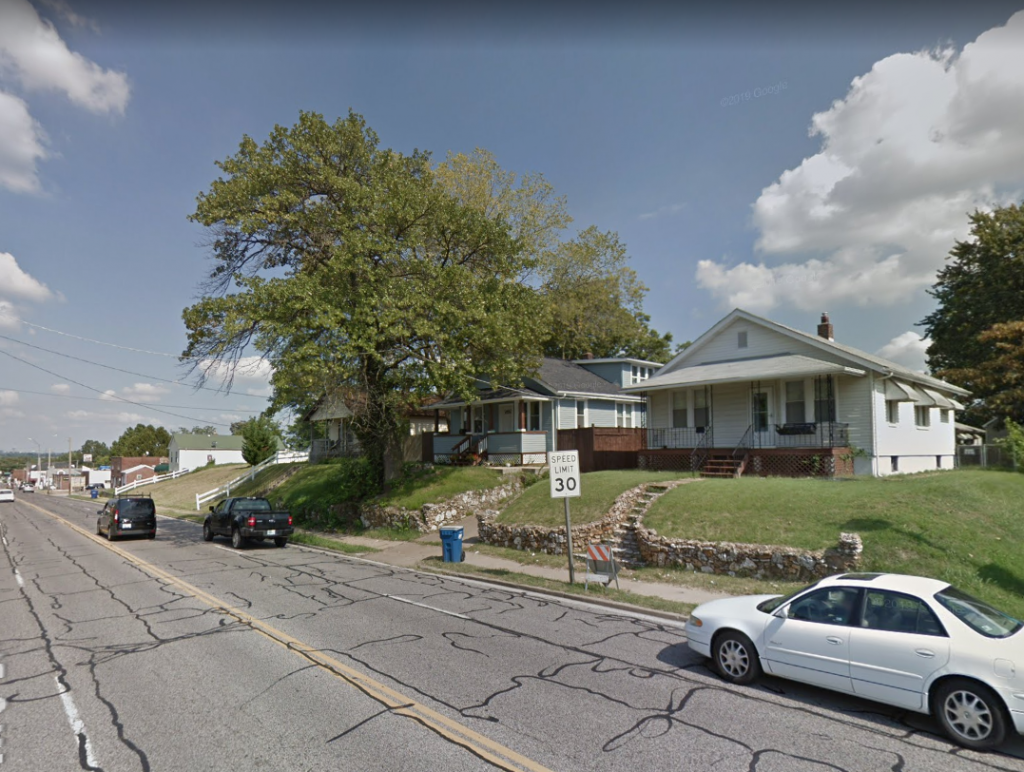 The 900 block of Lemay Ferry Road in Lemay as seen on Google Street View.

In what may come as a surprise to many, Lemay had the largest jump in property values of any area of St. Louis County.

Assessed valuation went up for residents in school districts across St. Louis County, but the largest increase in property values was in the Hancock Place School District, which saw a 34-percent jump from last year in preliminary assessments, before appeals.

Although the values are preliminary at this point, overall, it is the largest consistent countywide hike in property values that county Assessor Jake Zimmerman has seen since he came into office in 2011, just after the Great Recession had decimated property values.

“Not in the entire time I’ve been assessor have we seen that the typical residential homeowner anywhere in St. Louis County can get more money for their house today than they could two years ago,” except this year, Zimmerman said. “It is pretty awesome. And the awesomeness. to my way of thinking, is much greater because it’s happening in affordable neighborhoods.”

And in a year of rising home values countywide, Zimmerman said the story of how Lemay topped them all is as striking as it is unexpected. He also sees the stories like it going on across the county as a reason the St. Louis area is placing high on best cities for millennials and first-time homebuyers.

“Property values in Lemay have been going up more than any other place in the county,” Zimmerman said. “It is a very interesting year when the median property in Lemay is going up twice as much in value as the median value in Clayton or Ladue. It’s a neat story to tell…. Affordable neighborhoods like Lemay, that’s where the action is.”

Lemay has a higher poverty rate than other areas in South County and has not historically been seen as a real-estate hotbed, with a school district that has such as a high percentage of free and reduced lunch that it qualifies for a federal government program that gives all students free lunch.

But “that vision of Lemay is one that we’re gong to start see changing before our eyes, just like a lot of people have noticed that Affton is changing before our eyes,” as seen in the struggle against a new subdivision proposed for Tower Tee, Zimmerman said. “Those kinds of fights happen in places that are getting more desirable to live. That’s what’s happening in Lemay right now. A lot of smart people didn’t see that coming.”

Zimmerman attributes the jump in values in South County to flippers, renovators and younger first-time homebuyers getting into the market after renting for several years, and often taking properties, fixing them up and selling them. The properties they might have once bought in Lemay for $60,000 are now going for $100,000 or $120,000.

As flippers sell their higher-value houses, the property values of surrounding houses will go up too.

“Any time you see growth in your local area, that’s something to be proud of,” Hancock Superintendent Kevin Carl said.

It’s not necessarily unique to Hancock, but the trend across the county of the increasing prices of middle-class homes “really depicts the demographics of our school district,” Carl said.

It also shows that Hancock is increasingly attracting young families that are looking at its academics, which rank well with other districts countywide. The school’s Annual Performance Report statewide test scores are at the highest levels in district history, and Hancock is more stable financially than it’s ever been, he noted.

“Our school district is extremely strong academically, and we’re very competitive with our neighboring schools, and we feel like we’re certainly a strong neighbor in the South County region,” Carl said. In tandem with the affordable housing, “the reputation and the strength of our school district draws people in.”

Zimmerman called Hancock a “well-kept secret” among county school districts, “and I think the secret is starting to get out, as demonstrated by people are buying homes in these communities, and they’re paying more than they used to.”

Residents might be able to sell their homes for more, but many taxpayers assume that if their assessed valuation goes up 34 percent, their taxes will too.

But due to the Hancock Amendment — which some people think is connected to the school district, but is unrelated — school districts like Hancock Place, Lindbergh and Mehlville with large spikes in value can only take the tax rate that will take in the same dollar amount they took in last year, plus the inflation rate of 1.9 percent.

Hancock will likely roll back its tax rate 37 cents because of the higher property values,  Carl said.

So while it won’t get an influx of money this year because of the higher valuation, in future years with a slowdown it should help insulate the district against lower property values because the district will have more room under its tax-rate ceiling if it has to “roll up” the tax rate.

The district had been steadily creeping up to its tax ceiling as assessments went down sine 2008, meaning that if it wanted to keep its budget the same in a down year it might have had to turn to taxpayers to raise the tax rate.

He urges anyone who thinks their house was overvalued to appeal their assessment. Conferences will be held in South County with taxpayers to avoid formal appeals. He urges taxpayers to look at their change of assessment notices as soon as they arrive in the mail, which should be soon.

“Whenever we talk about great news for young homebuyers I think it’s important that we not overlook what the typical resident of Lemay has looked like for awhile — somebody on a fixed income who it is all of our job to care about,” Zimmerman said.

The $280 million assessment of the district’s largest taxpayer, River City Casino, is larger than all of Hancock Place’s residential assessments combined. Business assessments have not yet been released for this year, but since it opened River City has agreed to a minimum guarantee tax payment to Hancock of more than $4 million a year. out of its $18 million budget. That money is guaranteed for the next 90 years.

“They are by far the No. 1 largest taxpayers in our community, and they’ve been great partners in a number of ways,” Carl said. “They do a lot to support us educationally.”

Hancock is the only school district with a casino in its boundaries that has a guaranteed minimum payment, which helps the district to plan budgets despite fluctuating property values in up or down economies. Carl credits his predecessor as Hancock superintendent, Ed Stewart, for ensuring the school district got that minimum money each year: “He advocated for the district and for the community, and that’s something that’s going to be here for a legacy for quite some time.”

The deal was brokered through the beleaguered St. Louis County Port Authority, which collects the rent payments from River City for the county, which owns the land it sits on.