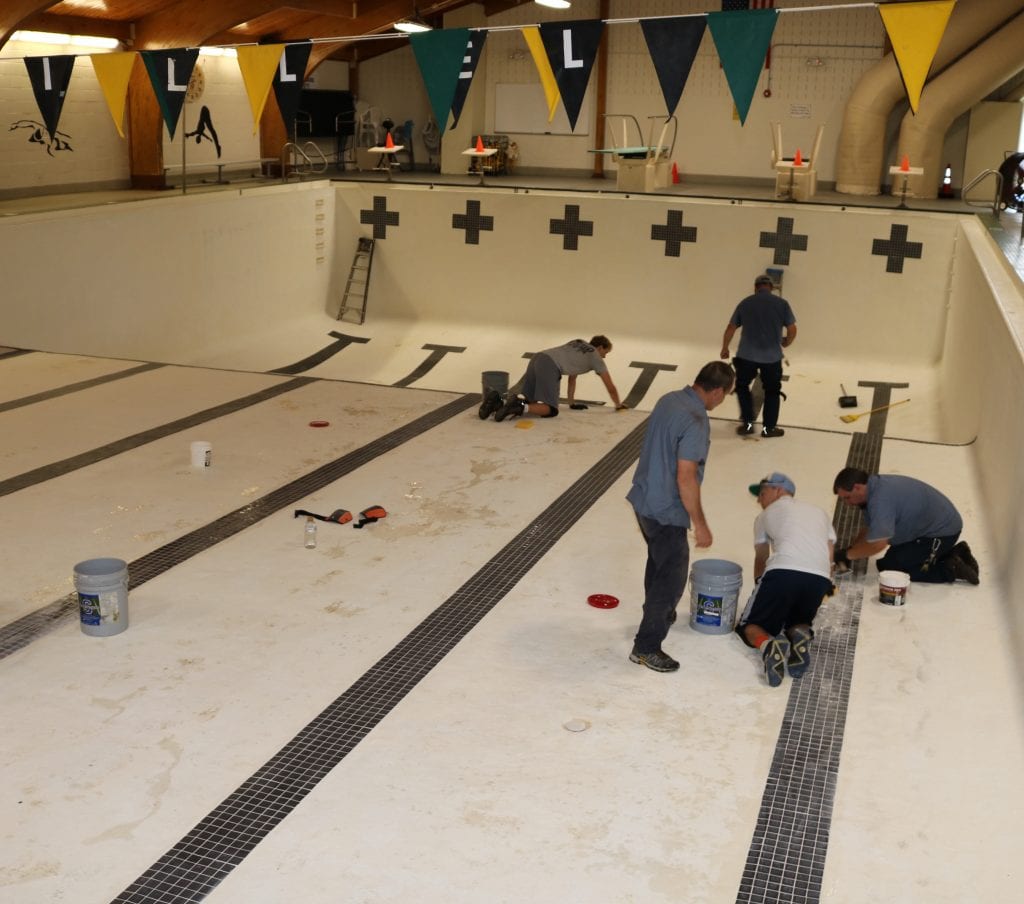 By Erin Achenbach and Gloria Lloyd

Superintendent Chris Gaines said the slate of summer projects was “nothing really exciting other than this is what we said we were going to do” with Prop R and Prop A. “It really just boils down to laying out the plan and sticking to the plan.”

In a facilities survey the district conducted last year between Thanksgiving and Christmas, respondents indicated that HVAC was at the top of their list of priorities, followed by parking.

An additional 11 schools had their asphalt sealed and striped.

Other smaller projects from the summer included five-year pool maintenance work that included filter maintenance for the pool, which serves the district but is at Mehlville High School. The inside of the pool was also repainted, as well as the shower walls and structural beams. Some of the floor drain piping in the boiler room was repaired.

All the projects were approved unanimously by the Board of Education, primarily in February and March.

A major part of the summer projects, nearly $1.7 million, went toward replacing some of the HVAC systems at both high schools, Oakville High and Mehlville High. The district took the lowest qualified bid.

At the time the board unanimously approved those projects Feb. 8, student board member Demi Elrod, then a senior at OHS, noted that she saw a lot of students in her classes with blankets because the rooms were constantly cold.

To finish the work, the district had to add asbestos abatement to the bid to get companies to agree to do the job.

Gaines went back to the board in March to request that the Oakville High project be upgraded to include new control systems so that the district can remotely monitor humidity and carbon dioxide levels along with temperature levels in the eight rooms that got new ceilings.

“We did that for two reasons — 1. HVAC is such an issue and 2. we get such a monster Ameren rebate on it that it looks like it’s a big price tag, and it’s a third of what it is,” Gaines said.

The district has run into issues in the past with setting room temperatures higher to save money, but humidity builds up in rooms, causing mold issues such as those seen in the choir rooms in the Mehlville High School basement where uniforms were stored.

The district also made changes to the Washington Middle kitchen in order to pass the St. Louis County health inspection.

The health code requires smooth counters, but the middle school had textured counters. The county gave the district time to upgrade the kitchen, and the district reached that limit this year.

The fiberglass liner of the pool at Mehlville High School developed a hole in it last year that started out the size of a quarter and grew larger and larger. Although the pool wasn’t draining much water, the district shut it down for a week when water-polo season ended to drain it, fix the hole, work on the pump room and fill the pool up again.

The pool is in constant use year round from students, members of the community and even Gaines, who swims in it in the morning before heading to Central Office.

But it’s ancient by pool standards, and has been shut down for extended periods for repairs in the past.

Long term, Gaines said, “I question how long we can continue to fix it.”