Promising season ahead for LHS golf 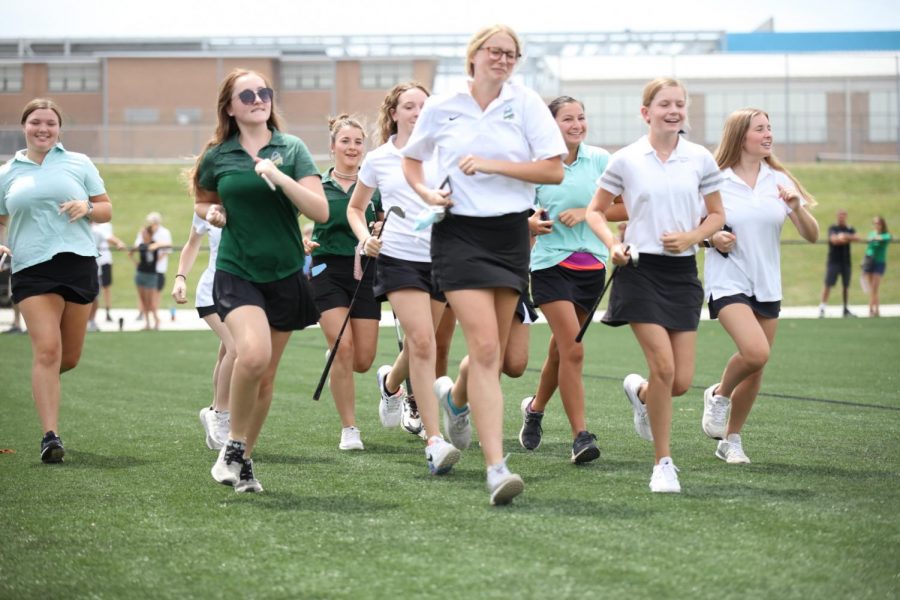 “She comes in with tons of experience, probably even more experience than Sofia did as a freshman,” Tyler said.

Reinhardt played at the Gateway Junior PGA and Tyler said she would consistently place top three in her age group. He said he first saw Reinhardt play years ago at Fox Run and he was excited to find out she was in the Lindbergh District.

“Her dad was a former golf coach at Fox … so him being a coach he was able to give her sound fundamentals right off the bat,” Tyler said. “Anytime you get someone with experience you don’t have to unlearn. The hardest thing about coaching is having the kids unlearn bad habits.”

The varsity team features 10 upperclassmen, including captains Grace Rogers and Sarah Schrader. Tyler said the two showed initiative last year shadowing the captains and helping them out when possible.

“Usually over the course of four years, some (players) will emerge as leaders and some will be people who will do what needs to be done when asked,” Tyler said. “It’s great when you find students that will take it upon themselves to see issues or things they want to have changed and they do it on their own initiative.”

The team’s home course this year is Quail Creek, which is home to several other high schools and youth teams in the area. Tyler said the team practices a lot on the front nine, so when the time comes to use the back nine it may provide a challenge.

“A lot of the time there’s home field advantage, but when the one side of your course you play isn’t one you’re normally used to, that kind of goes by the wayside,” Tyler said. “Especially for a beginner golfer, not being surprised by ‘Oh there’s a creek 200 yards up I didn’t know about’ is nice to know.”