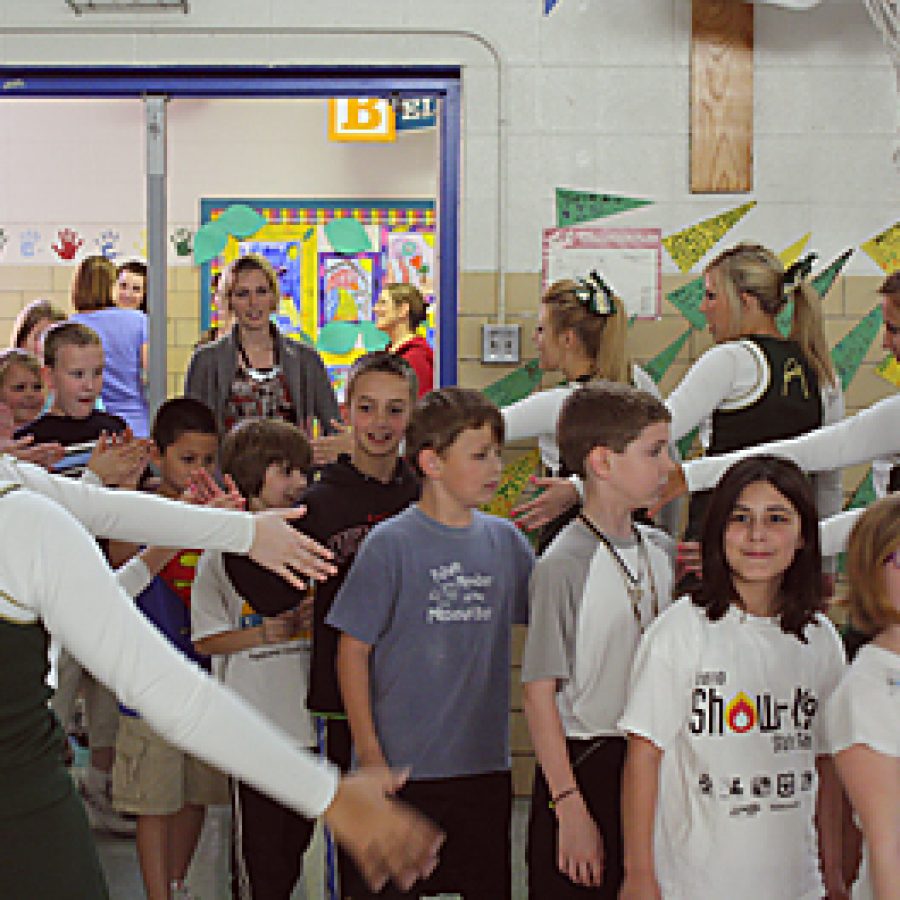 Third- through eighth-graders across Lindbergh Schools are gearing up for Missouri Assessment Program, or MAP, testing, which runs March 28 through April 22, and Long Elementary School is no exception.

The MAP test assesses students’ progress toward mastery of the Show-Me Standards, which are the educational standards in Missouri. In 2009-2010, Lindbergh’s MAP communication arts and math test scores ranked No. 1 in the state; elementary schools ranked in the state’s top 23; Sperreng Middle School was named No. 19 of 392 in Missouri and LHS held the No. 26 spot statewide among high schools.

In addition to academic preparation, scoring well on the exam requires a good night’s sleep, a healthy breakfast, and a positive attitude, according to a district news release. Students at Long reviewed these tips as fifth-graders led them through a round of “Who Wants to Be a Millionaire?” that provided helpful guidelines for test-taking preparation.

The assembly ended with a Long tradition: Fifth-graders exited the gym through a huge paper sign that read: “I need sleep, I need rest, So I can ace my MAP test!”