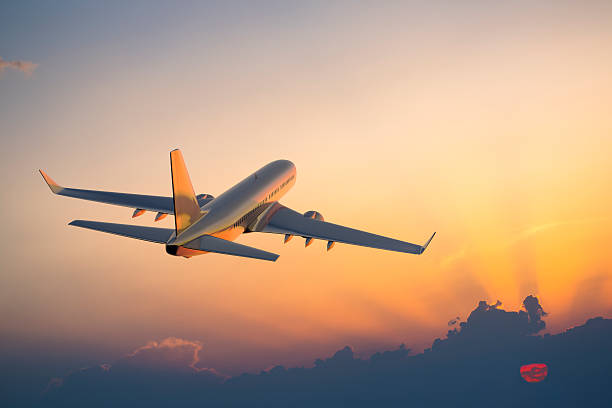 Just as St. Louis Lambert International Airport saw one of its busiest travel weeks of the year, a St. Louis County commission decided not to inject the county into the debate on airport privatization — at least for now.

The St. Louis County Port Authority is a state-created county commission that has sweeping authority in the county beyond just ports, overseeing economic development inside all of St. Louis County’s boundaries. It owns county government buildings and Jamestown Mall and funds its endeavors with the rent money from River City Casino in Lemay.

Historically, the board flew under the radar, not gaining much public attention until it took a starring role in the federal corruption case against former County Executive Steve Stenger, who used the power of the Port Authority to steer lucrative and phony consulting contracts to his campaign donors. That entire board has been replaced, losing out in a battle of dueling Port Authorities that led to a lawsuit last year.

And new Port Authority Chairman John Maupin and new Executive Director Denny Coleman, the former top city-county economic development chief, want the port board to use some of that casino money to commission a study examining privatization for Lambert.

County Executive Sam Page wrote a letter to the Port Authority urging them to pay for the study, and the County Council unanimously passed a resolution this month urging the county be included.

But in a 4-3 vote of the Port Authority Nov. 21, most members said they want to delay making a decision on whether to wade into the privatization discussion.

Coleman said that in paying for the study, the Port Authority would “educate itself and the community” on privatization.

He listed some of his aims for the study: Strengths and weaknesses of privatization, various governance models, examining other regions that have done it for the impact and recommendations for regional governance. The resulting study would be sent to the Board of Freeholders, the general public and the Federal Aviation Administration, which would have to approve privatization.

“I think we have an obligation to look out for what’s happening to us as a county,” said Maupin, a Republican of Town and Country who was appointed by the council last year. He also formerly served on the county Board of Election Commissioners, appointed by Gov. Jay Nixon, a Democrat.

Maupin said he was “completely agnostic” on whether privatizing the airport is a good idea or a bad one, but he doesn’t feel the county can afford to wait and see while the city weighs such a major change to the airport.

“I think we are missing an opportunity if we just sit on the sidelines and do nothing while we wait for other people to dictate the future of St. Louis Lambert International Airport as the economic engine for St. Louis County and for this entire region,” Maupin said. “I have no interest at all in interfering with what the city’s doing. I just think that we need to have facts and some path forward if something happens — and who knows what’s going to happen with the city’s efforts, but if we’re just sitting out here just fat, dumb and happy ignoring the obvious, we are ignoring or we’re not following the obligations we have as members of the Port Authority, in my humble opinion.”

Coleman argued that money-wise, the county does have a financial stake in the outcome of privatization. He noted that the airport takes all its money from fees — boarding fees, concessions, passenger facility fees — listed on plane tickets.

“Every person, no matter where they live, are paying a fee that goes directly to the airport,” Coleman said. “So we have a financial stake as well as a transportation stake… We are paying for the airport.”

But Port Authority member Mike Hejna, a Chesterfield resident and the president and CEO of Gundaker Commercial Group, said the county doesn’t pay for the airport and the city would see it as an insult if the county got involved in the airport discussion. And he contended that would be damaging to regional cooperation.

“Whether that’s wise or not frankly ain’t our business,” he said. “It’d be like us telling the 4,000 acres in Chesterfield Valley that we don’t like the way you’re doing development and we’re going to step in and judge whether how you do that is correct. Eventually I’m going to make a motion to table this and ask the city task force representatives to come to the Port Authority and let them know that the county’s very concerned about what’s taking place, we think we’re a stakeholder, and we’d like to understand this process so there’s clarity to it.”

Hejna voted to delay the study in a 4-3 vote, siding with members Mary McMurtrey, Amy Hunter and Robert Birdsong. Voting for the study were Maupin, Gil Kleinknecht and Robert Butler.

Instead of moving forward with the study, Hejna suggested that the Port Authority invite the city airport group to its December meeting for a presentation on the process and what is happening.

If members of the advisory group decline to appear in Clayton, signaling that they are shutting the county out of the process, Hejna said he’ll be the first to make a motion for the study.

Council Presiding Officer Ernie Trakas, R-Oakville, who is an ex-officio, non-voting member of the Port Authority, argued that the city’s privatization process, with its closed sessions and lack of minutes of those meetings, has not earned the respect of the county and is ripe for corruption.

And, he argued, the county sends large sums of money to the city already.

“Yes the city owns it, but the simple fact of the matter is the county supports the city to the tune of hundreds of millions of dollars,” Trakas said, citing the county’s subsidization of Bi-State, MetroLink and Metro bus services for the city, the hotel-motel tax that supports city tourism and two taxes supporting the St. Louis Zoo.

In a letter to the Port Authority urging it to move ahead with the study, Page, a Democrat, said regional cooperation is key, but it’s fair to assume that much of the airport’s customer base comes from its geographic home inside the county.

Hejna referred to Page’s letter as a reason not to support the study, saying that the study’s very purpose was to interfere with city business and an existing city process.

When Trakas questioned if Hejna had a conflict of interest in the discussion because he sits on the board of Better Together — the organization that advocates for a city-county merger and is also primarily funded by billionaire megadonor Rex Sinquefield — Hejna said he doesn’t believe Better Together is still operating.

“Better Together doesn’t exist,” Hejna said. “I almost sound like I’m being interrogated at the impeachment hearings.”