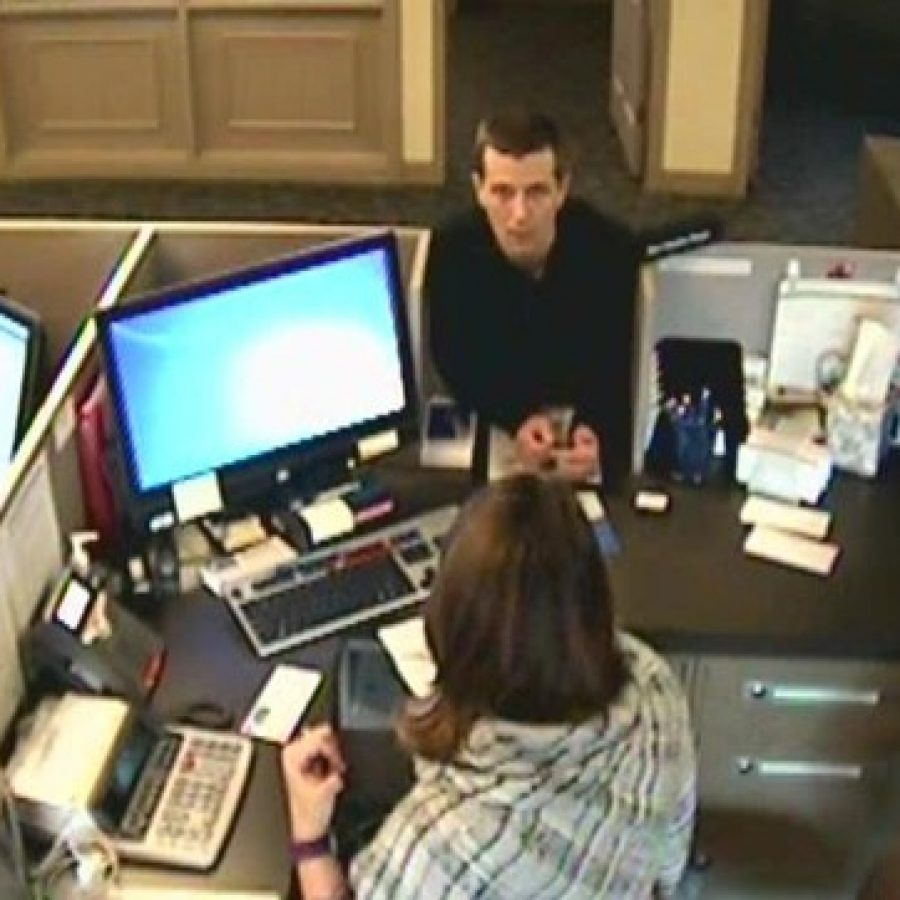 Police are asking for the public’s help identifying a man suspected of robbing a bank in Affton Tuesday.

Officers from the Affton Southwest Precinct responded to a reported bank robbery at 12:30 p.m. Tuesday at Pulaski Bank, 4226 Bayless Ave.

The alleged suspect had handed a note over to the bank teller demanding money. After he was given an undisclosed amount of cash, he fled from the business on foot, police spokesman Officer Benjamin Granda said.

The suspect is described as a white man in his mid- to late 20s, approximately 5-feet-9-inches tall with a medium build. He was wearing a black shirt and dark pants while allegedly robbing the bank.