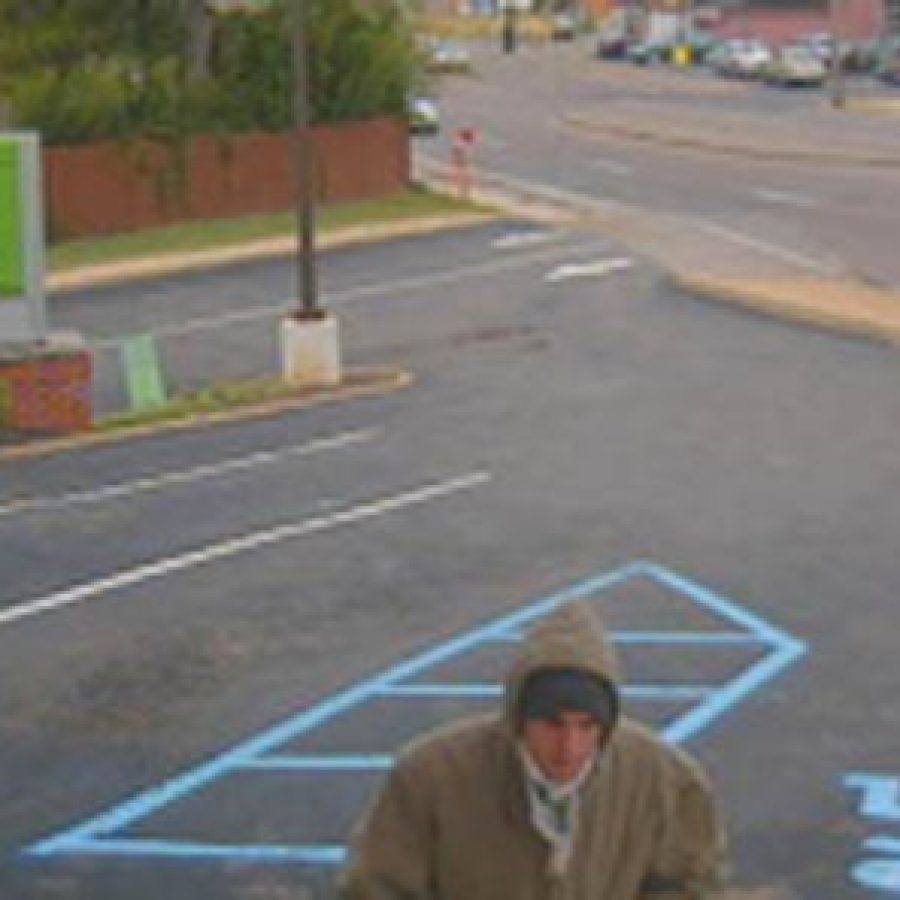 The St. Louis County Police Department on Saturday released this photograph of the suspect in Friday's robbery of Regions Bank.

St. Louis County Police officers from the Affton Southwest Precinct responded about 3 p.m. today — Feb. 3 — to a call of a robbery at the Regions Bank at 9100 Gravois Road.

A man, described as a white male — about 5-foot-8-inches tall, thin build, in his mid-20s to mid-30s wearing a dark hat, a tan-colored jacket, a bandana covering his face and dirty white gloves — entered the bank and demanded money, according to police.

No weapon was displayed. No one was injured. The suspect left on foot east on Gravois toward the River Des Peres.

Anyone with information about this incident is asked to call the St. Louis County Police Department at (314) 889-2341 or CrimeStoppers at 866-371-TIPS.