Hayes' suit seeks back pay, along with stay of demotion 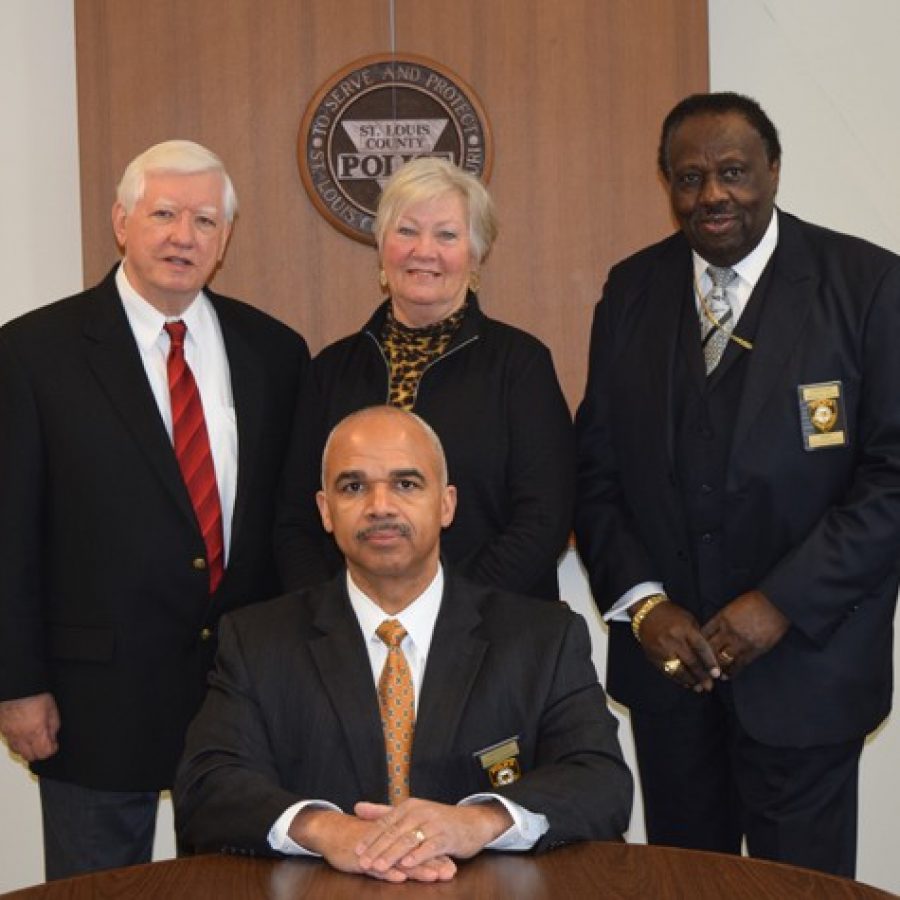 The St. Louis County Police Department is probing a series of accusations stemming from a previous internal investigation into allegations of racial profiling in the South County Precinct.

Hayes had been fired in May 2013 by former Chief Tim Fitch after South County Precinct officers and sergeants accused him of encouraging them to racially profile at South County Center.

Hayes filed a lawsuit March 23 to appeal the decision because the board also voted 3-1 to demote him to a patrol officer.

The board is short a member after last year’s departure of John Saracino.

County Executive Steve Stenger told the Call that the Hayes hearing is one of the reasons he hasn’t yet filled the vacancy.

“I didn’t want to do anything that would even give the appearance of affecting that decision,” Stenger said.

The mixed message from the police board went against the recommendation of the hearing officer it hired to hear the case, attorney Michael Flynn.

Acting essentially as a judge, Flynn concluded the allegations are a conspiracy concocted by “demonstrably lazy” officers who disliked Hayes because he tried to bring order and discipline to the 4th Precinct.

Deputy Chief Ken Cox, who lives in Oakville, will “leave no stone unturned” in investigating those new allegations, current Chief Jon Belmar said in a statement.

“We are looking into that right now … So I can’t really comment on that,” he said. “All things that are really contained in the report are under investigation.”

The U.S. Department of Justice is still investigating the racial profiling allegations.

In his statement, the chief called racial profiling “downright disgusting” and said despite the outcome, he found the testimony against Hayes disturbing.

Seven officers and two sergeants who worked under Hayes testified that they heard him make comments like “Let’s have a black day” and “Let’s make the cells more colorful tonight,” gesturing to his skin to get the message across.

Hayes singled out the only two black officers in the precinct by saying, “Not like you — you’re the good ones,” officers testified. Hayes denied all the comments.

One of the black officers, Officer Ryan Lawrence, was one of 10 officers who testified in Hayes’ defense. He said the comment wasn’t racially motivated, and Hayes only mentioned black suspects based on statewide reports of active shoplifting rings.

While she never heard him directly demand arrests of African-Americans, Jensen said she interpreted the comments as racial profiling since most south county bus riders and most north city residents are black.

Fitch launched an internal investigation in 2013 after he received three anonymous letters about Hayes signed “Lonewolf.”

Sgt. Dan O’Neil has since filed a lawsuit against the department because he says higher-ups retaliated against him after he wrote the letters, including transferring him to the North County Precinct even though he lived in Oakville.

When Fitch fired Hayes, the chief announced that no one actually followed the lieutenant’s orders to arrest African-Americans outside the mall and the Oakville Wal-Mart.

In Flynn’s 85-page report, he compares the events to a “tragic drama.” The cast is mostly disgruntled police officers either already transferred by Hayes or about to be, cheered on by their co-conspirator and the “playwright of this drama” — O’Neil.

Testimony painted a picture of a South County Precinct gone wild before Capt. James Schneider arrived as commander in 2012 to clean things up, Flynn said: The precinct was “run like a disorganized group of Cub Scouts” under “pied piper” O’Neil, encouraged by veteran Officer Russell Bono.

New leadership, including Hayes, found a platoon mostly uninterested in doing the jobs they were paid for, and jealous of those who did, including a mall officer they also accused of racial profiling because he made so many arrests.

At any given time, up to a third of the precinct’s patrol cars clustered at an abandoned former military building in Jefferson Barracks Park nicknamed the “Lake House,” where officers hung out and smoked cigars on the clock, without their supervisors knowing.

Although these officers — nearly all of whom have since been transferred — testified that they would still respond to radio calls, their pattern of slacking off on the job factored heavily into Flynn’s calculation that they were lying: County residents would be appalled if they knew they were paying officers shielded by tenure to smoke cigars rather than patrol their beats, he noted.

But Hayes closely studied officers’ “productivity,” or number of arrests, and often threatened to transfer them if they didn’t “produce” the way he wanted.

The investigation by Lt. Matthew O’Neill was so “inept and incomplete” that it was unconstitutional, Flynn added, although he assigned the blame to Fitch, not O’Neill.

O’Neill testified that Fitch cut off the investigation with no explanation. O’Neill also had an “inherent conflict of interest,” Flynn added, since he was Bono’s best friend and knew many of the accusers.

During the investigation, a single officer told O’Neill that Schneider ordered him to racially profile, which prompted a second investigation. Schneider strongly denied the accusation, and O’Neill could not find concrete evidence. No one who testified at Hayes’ hearing said they heard Schneider make such demands. Schneider declined to comment through a police spokesman.

Everyone speaking to O’Neill knew that Fitch would fire them if they were caught lying — “you lie, you die.” No one ever took a lie detector test, however, although O’Neil, Schneider and Schneider’s accuser requested one. Hayes agreed to a test if his accusers took one first.

Hayes and his attorney Neil Bruntrager made the report public through his lawsuit, which asks for $300,000 back pay and a stay against the county’s request that Hayes immediately report to work as a patrol officer. Last year, Hayes asked that the hearing be public.